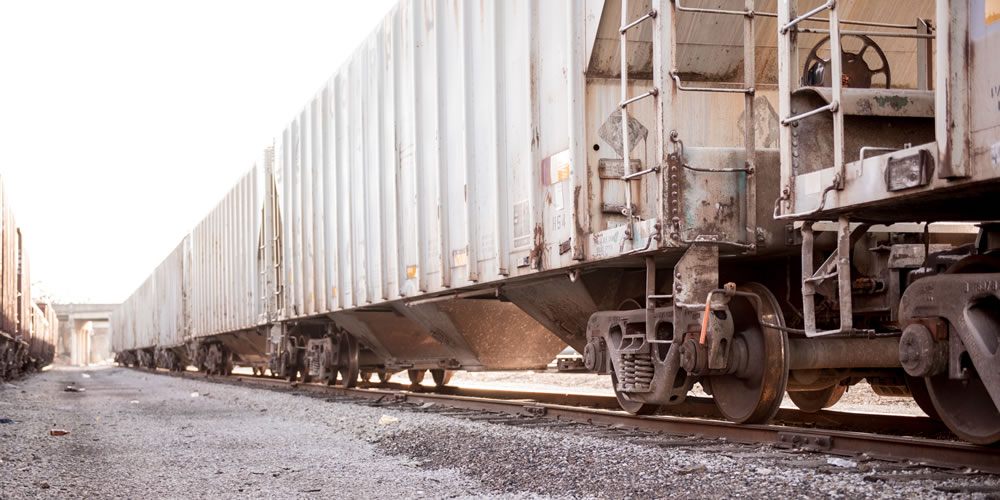 The closest rail tracks to RT Lodge, located on the southern edge of the Maryville College Woods off of Wilkinson Pike in Maryville, Tenn., are mostly lost to history.

There are still traces of the old line — a length of intact rail here, tie imprints there — built in 1867 by the Knoxville and Charleston Railroad. Financial difficulties led to the line’s foreclosure and 1878 sale, and over the next several decades, the line was extended, modified and changed hands until Norfolk Southern abandoned it altogether.

Norfolk Southern returned to the lodge this week, and while the forgotten line wasn’t on the agenda at Cornerstone of Recovery's 16th Annual Railroad EAP Training and Networking Conference, the safety and security of still active lines certainly were. Norfolk Southern officials were joined by representatives of Amtrak, CSX Transportation, Kansas City Southern Railway, Union Pacific Railroad, BNSF Railway Company and Canadian Pacific Railway for a week of networking and information sharing all designed to serve a twofold strategy:

“How to better serve struggling employees and safeguard the public,” according to Jeff Davis with Kansas City Southern.

'There's a real art to this craft' 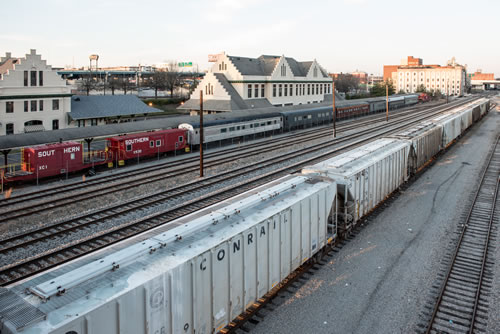 In the railroad industry, it’s known as a Rule G, “a longstanding railroad operating rule which originally prohibited the on-duty use and possession of alcohol, and was later amended to include controlled substances as well,” according to the Office of Federal Register. Rule G sets the standard for allowable blood alcohol content for railroaders while working, and it allows for employers to request an employee take a breathalyzer test or submit a urine sample if there’s a “reasonable suspicion” that they’re under the influence while on the job.

For the assembled EAPs, it’s a delicate subject. Their titles say it all: “employee assistance program” managers and representatives provide assistance to employees who present with an alcohol or drug problem, but at the same time, their loyalty lies with ensuring the public safety.

“The EAP role is multi-fold: We want them to call us if they need help before it becomes a problem, but we’re also involved in the compliance and return-to-work end for those in violation of Rule G,” says Amy Pool, an EAP director with BNSF. “How we do what we do is so critical, and I think there’s a real art to this craft of being an EAP. We’re a part of the compliance piece (of the equation), but we can never lose sight of what we do and how we do it.

“In many ways, we’re protectors of public safety, and we represent both the employees and the employers. In the end, whether it’s the EAP, the union or management, we’re all focused on the same thing: productivity, going home at the end of the day the way that they came to work, and helping out employees and their family members.”

They have their work cut out for them. In early 2017, Trains News Wire requested information about drug and alcohol use in the industry from the Federal Railroad Administration, and the numbers showed that 4.2 percent of railroaders involved in accidents in 2016 tested positive for drugs — up from 2.9 percent during the year prior. Overall, according to the FRA, the number of railroad employees — “including engineers, train crew, and dispatchers — who tested positive for drugs during random tests increased by 19 percent from 2014 and 2015.”

To the uninformed, those numbers may seem alarming. After all, few thoughts are more terrifying than that of 10,000 tons of roaring metal barreling down a set of tracks with an impaired conductor in the cab of the engine. However, those numbers are far lower than those of other industries. From 2008 to 2012, the National Survey on Drug Use and Health found that:

One of the reasons the numbers are so low in the railroad industry is the quality control put in place, both by the federal government and by the railroad companies themselves. This week’s conference, held on the picturesque grounds of RT Lodge, is designed to improve those safeguards. It’s held in partnership with Cornerstone of Recovery, which organized the first one in 2003 under the guidance of Roger Davis, who helped establish Cornerstone’s unique Railroad Program three years earlier.

“The people who come to this conference go to conferences all the time, but there are none like this one,” Davis said. “The EAPs share ideas and talk to one another. When it comes to how to handle Rule G violations, all of the railroads have a lot of similarities, and how they treat people is similar as well.”

Industrywide, the goal is to provide resources for employees with drug and alcohol problems to obtain help before they’re in violation. On the other side of it, they work diligently to give railroaders a path back to work through drug and alcohol treatment and follow-up monitoring.

“We talk a lot about industry issues and how we can tackle them together,” Pool said. “We share our research and our information, and we’re seeing that as a whole, we’re tackling bigger issues through increased rail company presentations and the sharing of data.”

A communion of shared solutions 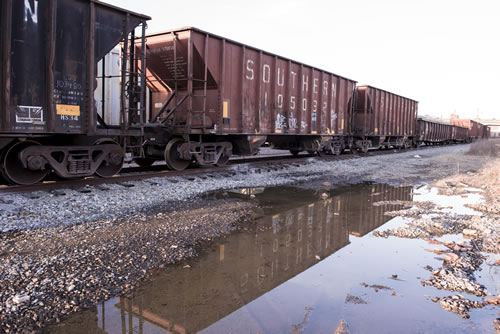 In that regard, this week’s conference is unlike any other. When it comes to better serving employees with substance problems and raising the bottom for those afflicted before those problems lead to a rail tragedy, there are no trade secrets. Everyone assembled beneath the tent — a rock’s throw from a stone-lined pool filled with goldfish and a rustic main lodge with crackling fireplaces and warm wooden décor — was on hand to listen, to share ideas, to discuss success stories and to learn about how changes in their industry, and in substance abuse treatment protocols at facilities like Cornerstone, can help make them better at their jobs.

“We’re all seeing similar things, and a conference like this allows us to get confirmation of those things and get new ideas,” Pool said. “What we find is that we are separately heading in a similar direction.”

The conference traces its roots back to a 1993 regional conference in which a handful of company representatives found themselves gathered in the same room.

“I don’t know how we ended up there, and none of us knew each other, but we started talking about what we did,” said Davis, who was working as an EAP for Norfolk Southern at the time. “Malva Reid was the head EAP for Amtrak, and she wanted each person to go around and talk about what they did. She got this look on her face and said, ‘I don’t know what this is, but I’m hearing something that works!’ And I thought, ‘We ought to have a conference every year that every railroad can attend.’”

Several years later, Davis retired from Norfolk Southern but found himself restless. He had a working relationship with Cornerstone and called former CEO Dan Caldwell to suggest that a railroad-specific treatment track at the facility might be a wise investment.

“I knew Cornerstone gives the best treatment of any place I had ever seen, and I tried to sell Dan on setting up a conference, but he was a little leery, because of the cost.”

With Davis’ help, Cornerstone moved forward with its Railroad Program, however, and one of his former EAP colleagues sent him his first referral. As word began to spread, other railroads began to send employees to Cornerstone for treatment, and the facility soon became a leader in the treatment of addicted and alcoholic railroad employees. Much of that credit goes to Davis, whose railroad experience and personal sobriety — he’ll mark 35 years clean and sober in August — gave those employees someone with whom to identify.

“I can’t talk to you about the war if I’ve never been in the foxhole,” he said. “Sobriety not only afforded me a good life, it brought me the kind of life I wouldn’t otherwise have known about.” 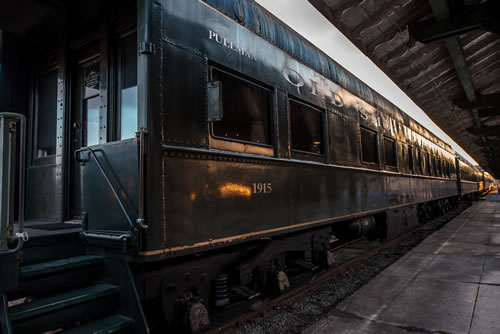 These days, Davis and his wife call Alpharetta, Ga., home, but he maintains close ties to Cornerstone, visiting monthly to check in on his railroad guys. On the grounds of RT Lodge, he’s still an active participant — and as the unofficial dean of the proceedings, no one bats an eye at his casual attire.

After all, he’s a train man through and through — even his phone’s ring tone is a train whistle.

“I like to say that every family has at least one railroad man and one drunk, and my family happened to get both in one guy,” he says with a chuckle.

Pool, incidentally, has been a part of each conference since 2003, when Cornerstone and Davis put together the first one. The format has changed somewhat since those early days — back then, Pool said, there were more outside speakers and continuing education, while much of the networking took place in breakout meetings.

These days, the entire week is one long networking session, with representatives of the various companies mixing and mingling in workshop exercises and the social functions. When they part ways, they’ll return to their respective companies, many of which compete for freight and transportation contracts.

When it comes to addiction and alcoholism, however, there is no competition — only a desire to do right by everyone involved, and this week’s conference gives them some tools to help them do that better.

“It really provides a much-needed opportunity for EAPs in this industry to network and benchmark these significant issues,” Pool said.