Five laps around the upper parking lot of the Cornerstone campus makes up a mile.

Tracey Graves, the long-time Fitness Coordinator at Cornerstone of Recovery who retires this week, knows that well. In the beginning of her 13-year tenure with the drug and alcohol treatment facility, it was one of many methods of her ingenuity that led to the development of a program from scratch.

“They were doing nothing, so it wasn’t even really making do!” said Graves, on a brief break between patient groups. Her office is in disarray as she winds down its disassembly, while still supervising the daily exercise routines of the facility’s various patient populations.

“I actually spent the first month orienting myself,” she added. “I would sit in on Assessment and Orientation and watch them admit somebody. I would go with Wayne Terrazas (Cornerstone’s former Activity Therapist) and see what he did. And at the same time, I was buying equipment — steppers, jump ropes, resistance bands, dumbbells, mats; just the basics.”

At the time, Cornerstone’s primary campus was located on Topside Road, but while the building was only five years old, it was already bursting at the seams. A year earlier, administrators had signed a lease on a piece of property off of Alcoa Highway, the former headquarters of a mortgage company that would become the first facility of a new single campus build-out. While the building was at first used for Intensive Outpatient Programming and Family Fundamentals weekends, it also included a good-sized conference room that Graves claimed as her fitness space.

“And I just built it up from there,” she said. “The free days were hardest, especially in the winter. Everybody wanted to be outside, so we set up a volleyball net and got wiffleball bats, but some days it was too cold or too hot. That’s when I’d do things like play ‘Wally Ball,’ which was basically volleyball with a beachball that I inflated, but you could bounce it off of the three walls.”

Tracey Graves: Building something from nothing 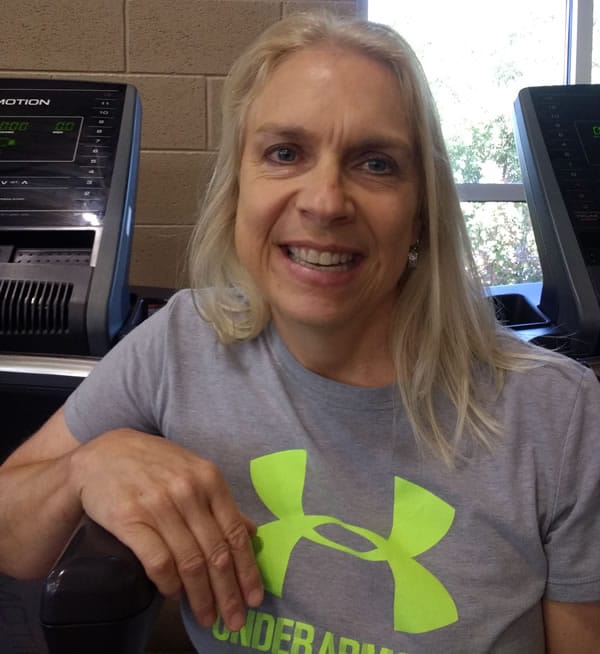 Today, her base of operations is the 15,000 square foot fitness facility that opened on Cornerstone’s Alcoa Highway campus in 2014. It’s light years away from cobbled together fitness programs in the conference room up the hill, but Tracey’s methods remain the same:

“I can have a little bit of a reputation as being a hard nose,” she said with a chuckle. “But I have had power lifters and different people come to me and say, ‘Thank you for pushing me and getting me to try circuit training, because I love it. I can see the pieces of my fitness that I was missing, like the cardio aspect, and I feel so much better.

“They realize they have more of a well-rounded exercise program, and as far as their recovery goes, they realize how the mental and emotional are connected to the physical. Before, we had to really work to sell the program, especially when people would walk into a conference room with weights and few jump ropes laying around. Now, they walk into this aesthetically pleasing, beautiful facility with treadmills and weights, and they see that we really do have a fitness program.”

And it’s led — through this week, at least — by a woman for whom fitness has been a lifelong passion. Her parents divorced when she was 5, and she was raised mostly in Blount County. That she’s returned here to finish out her career is rather serendipitous, she points out, because as a young woman, she couldn’t wait to get out. She graduated high school early, and while she played some fast-pitch softball as a teen, in college she found her calling as a an acolyte of any fitness regimen that helped push her limits.

“I was big into racket sports, and one person I played racquetball with was starting an exercise program called The B.E.A.S.T. (Basic Exercise And Strength Training), and they were hiring trainers,” she said. “I went and interviewed, and that’s how I started my group fitness training, and it was basically what I do with the patients: circuit training. But it also introduced me to a group of people who were like-minded, and I started getting into things like adventure racing, marathons, triathlons and that type of physicality.”

As she approached 40, however, she sought something more stable than contract work as a personal trainer. The work was rewarding, but the lack of benefits and stability had grown tiresome, especially as she began to consider her future. In looking through newspaper ads, she saw one for Cornerstone of Recovery, applied and landed an interview with Clinical Director Dr. Scott Anderson and current CEO, then CFO Steve McGrew.

“It was kind of funny, because I brought pictures of my circuit training, talked about what I would do with the patients, the whole nine yards,” she said. “As I left, they told me they were interviewing other people, which I expected, but then I didn’t hear anything for two months! I had moved on and been offered another job when I got a phone call from Scott Anderson.

“He said, ‘First off, let me apologize for dragging our feet, but we know we want you,’ and I about dropped the phone! I had sent them a thank you note for their time and everything, so it was completely unexpected. But they wanted me to come in a second time, and I said, Why not?’ And the rest is history.”

‘People are people’ … and they need to be active 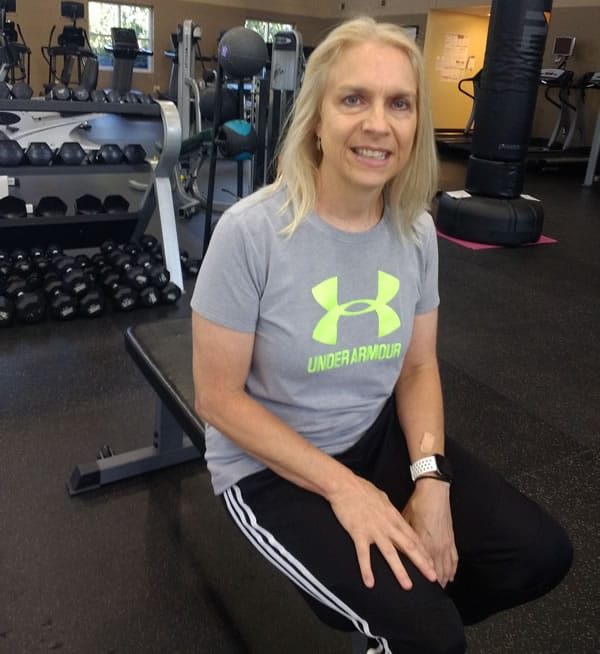 Like many individuals not in recovery who come to work at Cornerstone, Tracey Graves’ experience with addiction-related issues was limited.

Actually, she said, it was non-existent.

“We had one former IOP counselor who used to get the biggest kick out of me, because he told me later, ‘Tracey, you were like a deer in headlights!’ I knew no one — not one friend, not one family member,” she said. “I had no exposure … but I quickly learned. I learned everything, but especially about how debilitating addiction can be on the physical end.

“I talk to patients about this, especially when they’re down about how their debilitating their disease has been on their bodies. I talk to them about how resilient our bodies are, and how in a short time, by taking care of it, it our bodies will bounce back.”

More than that, thanks to her work, Cornerstone of Recovery’s Fitness Program has become an integral part of the treatment process. Patients attend fitness from three to four times a week, depending on the program, and while some may be reluctant at first, they quickly discover that their first strides toward a new way of life are often made in the gym. An individual with a long history of drug and alcohol use who manages a short session on a treadmill, or the completion of a circuit training course, gets his or her first taste of success under Tracey’s tutelage, and the before the end of many patients’ stays, they’re going to the fitness center on their own during weekend free-use hours.

“Back in the day, even before this when we were busing patients from the main campus to that conference room, I had a patient who would be out there waiting for the van early, every day,” she said. “She told me, ‘I know if I can make it to fitness, then I can make it through the day,’ and when she told me how much it had meant to her and helped her in recovery, that’s why we do what we do. Knowing you’ve helped people change their lives means the world.”

It’s enough to make even a fitness coordinator with a hard-nosed reputation tear up when she considers her legacy. She’s not retiring to sit at home and watch TV, however — her passion wouldn’t allow it. She’s got elder care on her plate, but she plans on staying engaged through volunteer efforts, perhaps with animals. She’d eventually like to spend her winters in Florida. Whatever she chooses, however, stress will not be a part of it.

“I just want to slow down and get out of the rat race, because life’s too short,” she said. “Something (former CEO) Dan Caldwell used to talk about a lot — being happy, joyous and free — really resonates with me. I’ve always been an advocate of loving what you do, and I’ve always followed my passion.

“As you know, a lot of the people we get in here are under very high-stress jobs. They’re chasing the money, they end up miserable and then they end up here, because we’ve all got to have an outlet. Even among my groups, I’ve always conveyed that to people: Life is short, and if you find what you love, you’ll never work a day in your life.”

But even if you do, she added, find time to get a little exercise. It’ll make a world of difference, as she, and the patients whose lives she’s changed, well know.

Because truly, Tracey Graves is another example of an employee who leaves Cornerstone better than she found it.

“I’ve always loved to help people, and these people are no different than other people I’ve helped,” she said. “People are people. We’re all the same.”