When it comes to getting a grip on a problem with alcohol or drugs, those who have finally decided to get help often find themselves wondering: rehab or detox?

In other words, do they really need to check into a treatment center? Do they truly need 30 or 60 or 90 days to just … well, quit? Or can they go through the detox process in a facility that will help them safely and comfortably make it through the withdrawal period with medication and appropriate clinical supervision?

The answer to both questions is yes, but let’s start with medical detox. Yes, if that’s your preference: You can absolutely pay for detox only and choose to pursue sobriety from drugs and alcohol through whatever method you choose. Many people do that, saving residential inpatient treatment, as traditional drug and alcohol rehab is known, as a failsafe, meaning that if they can’t stay clean and sober after detox, they can always choose to go back for rehab.

But yes, you can also choose to get as much residential inpatient treatment as you can, and in the vast majority of cases, it’s what’s recommended. Study after study demonstrates that long-term treatment produces the best outcomes for permanent sobriety, and for those who have a problem that stretches back years, that amount of treatment is often necessary to undo years of damage.

Whatever your choice may be, however, when it comes to rehab or detox, there are some considerations to keep in mind.

Rehab or Detox: The Latter 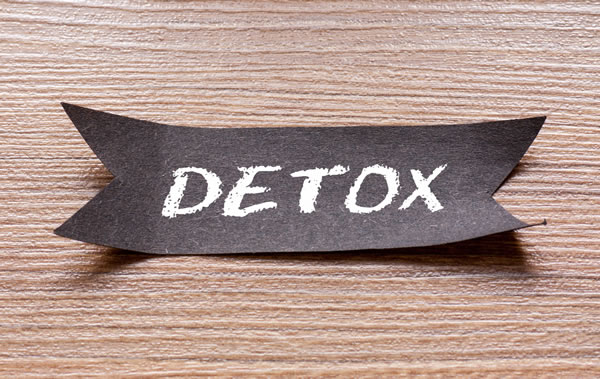 Why is “just detox” often not the most clinically sound choice? As the National Institute on Drug Abuse points out, “Medications and devices can help suppress withdrawal symptoms during detoxification.” HOWEVER: “Detoxification is not in itself ‘treatment,’ but only the first step in the process. Patients who do not receive any further treatment after detoxification usually resume their drug use.”

While that may sound alarming, let’s break down what actually happens in a drug and alcohol treatment center’s medical detox program. According to the NIDA, “Detoxification, the process by which the body clears itself of drugs, is designed to manage the acute and potentially dangerous physiological effects of stopping drug use … because it is often accompanied by unpleasant and potentially fatal side effects stemming from withdrawal, detoxification is often managed with medications administered by a physician in an inpatient or outpatient setting; therefore, it is referred to as ‘medically managed withdrawal.’ Medications are available to assist in the withdrawal from opioids, benzodiazepines, alcohol, nicotine, barbiturates, and other sedatives.”

With many substances, such as heroin or other opioids, withdrawal is incredibly uncomfortable, often painful and excruciating to endure, which is why a medical detox program that offers comfort medication for opioid withdrawal is considered a crucial part of helping individuals with an addiction to those drugs get through it. Patients are monitored around the clock by nursing staff, which keeps track of vitals and administers medication as needed, and they’re encouraged to rest as much as needed for comfort.

Other drugs can be potentially life-threatening to withdraw from without medical supervision — like alcohol, according to Harvard Health: “The most dangerous form of alcohol withdrawal occurs in about 1 out of every 20 people who have withdrawal symptoms. This condition is called delirium tremens (also called DTs). In delirium tremens, the brain is not able to smoothly readjust its chemistry after alcohol is stopped. This creates a state of temporary confusion and leads to dangerous changes in the way your brain regulates your circulation and breathing. The body's vital signs such as your heart rate or blood pressure can change dramatically or unpredictably, creating a risk of heart attack, stroke or death.”

Benzodiazepines, as well, can be problematic to withdraw from, according to the American Academy of Family Physicians: “The most serious acute withdrawal symptoms are seizures and delirium tremens, which most commonly occur with abrupt discontinuation.”

So what does detox entail? According to WebMD, detox includes three basic treatment parameters:

You may have no intention of following through on this last item, but it will be encouraged, because as the NIDA emphasizes, “detoxification alone does not address the psychological, social, and behavioral problems associated with addiction and therefore does not typically produce lasting behavioral changes necessary for recovery.”

Rehab or Detox: The Former 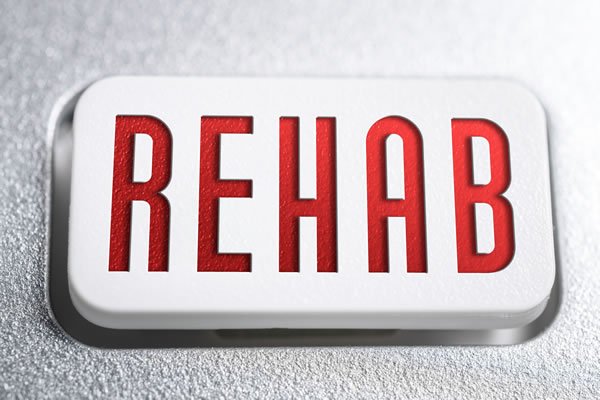 So when it comes to deciding on rehab or detox, what’s so great about the former? First of all, it’s important to understand that for a great many people, sobriety isn’t just about abstinence. If quitting the consumption of alcohol and drugs were that easy, then no one would need a drug and alcohol treatment facility: They could stop whenever they want and walk away. Most people with a problem find out through failed attempts to course-correct, however, that “walking away” is easier said than done.

“A common misperception is that addiction is a choice or moral problem, and all you have to do is stop. But nothing could be further from the truth,” says Dr. George Koob, director of NIH’s National Institute on Alcohol Abuse and Alcoholism, told the National Institute of Health in 2015. “The brain actually changes with addiction, and it takes a good deal of work to get it back to its normal state. The more drugs or alcohol you’ve taken, the more disruptive it is to the brain.”

There are a number of reasons why drug and alcohol use can become an addiction that those who suffer from it are unable to control, but the point is this, according to researchers at Harvard: “Addiction exerts a long and powerful influence on the brain that manifests in three distinct ways: craving for the object of addiction, loss of control over its use, and continuing involvement with it despite adverse consequences. While overcoming addiction is possible, the process is often long, slow, and complicated.”

Given that most detox programs last roughly 3 to 5 days, give or take, that’s not a lot of time — especially when recovery can and should involve so much more than mere abstinence.

So How Does Rehab Help? 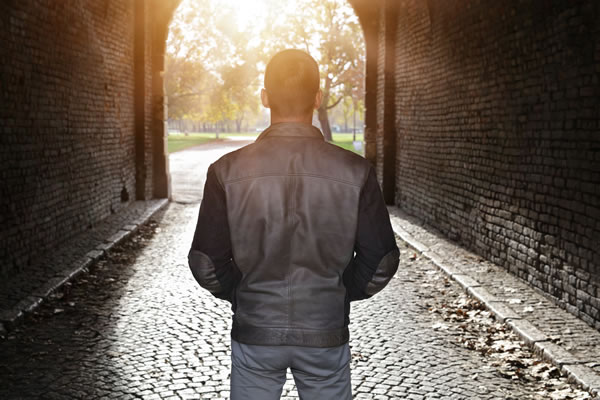 Rehab or detox — which one will make the most difference? While WebMD laid out the three basic expectations of a detox program, rehab is a lot more complex. According to the NIDA, there are a number of different aspects of a successful drug and alcohol treatment program, including:

Also when it comes to rehab or detox, it’s important to remember that the former includes the latter in the vast majority of cases. Individuals seeking sobriety have to be clear-headed enough to receive the information provided to them in rehab, so detox is often necessary to return them to some sense of normalcy. And even if rehab is the obvious choice, it doesn’t always have to be in a conventional 30-day setting: As the NIDA also points out, there are a number of different types of treatment, including:

Conclusion: Both Are Good. Rehab Is Better

If you’re suffering from an addiction to alcohol or drugs, know this: You’re not alone. A 2015 study by the National Institute on Alcohol Abuse and Alcoholism “found that about 4 percent of Americans met the criteria for drug use disorder in the past year and about 10 percent have had drug use disorder at some time in their lives,” meaning that roughly 23 million adults in this country have struggled with drugs and alcohol at one point or another.

If you’re one of those individuals, and you’re trying to decide between rehab or detox, know this: You can’t go wrong with either one. The most important step you can take is doing something about your problem, and one (or both) is better than continuing to suffer without addressing the problem.

However … if it comes down to rehab or detox, the former can help you not only stop using or drinking, but stay stopped, long after the substances are out of your system.