You’ve identified you have a drinking problem, and you’re ready to do something about it. Now, you’re wondering, what your next step should be: Rehab or AA?

More specifically, you’re wondering whether to get help at a drug and alcohol treatment center, or to seek sobriety solely in the rooms of the 12 Step program Alcoholics Anonymous.

To be clear, neither choice is the wrong one for someone who fits the definition of an alcoholic. If you drink too much, and especially if you’re addicted to alcohol, both alcohol rehab and a self-help support group like AA will offer a better way of life.

However, it’s probably a better idea not to lock yourself into binary thinking. Rather than asking if you should choose rehab or AA, why not consider rehab and AA for the best chance at lasting sobriety?

Rehab or AA: The Former 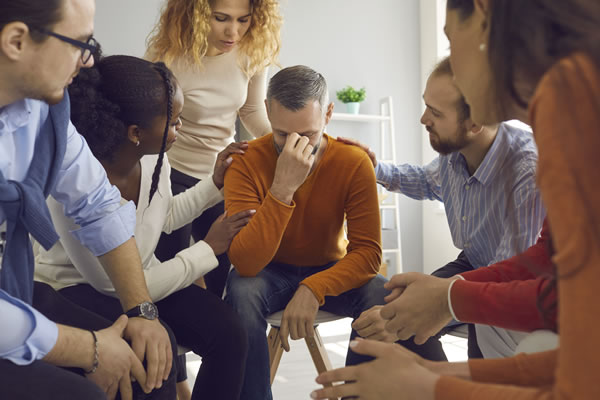 Dr. Akikur Mohammad, writing for the Huffington Post, has perhaps the best analogy that strengthens the argument for choosing an alcoholism treatment center in addition to a 12 Step recovery program: “Support groups are critical for the management of any disease. For example, peer support has been shown to significantly improve HbA1c levels in diabetic patients alongside medical treatment. But can you imagine if support groups were employed alone to treat diabetes? Most would agree that medical treatment is necessary to control A1c levels in patients with diabetes, and that support groups can boost the impact of those medications. So why don’t people see addiction the same way?”

In other words: Alcoholism is a medical condition recognized as an illness by the vast majority of scientists and physicians. As Harvard Health, a publishing arm of Harvard Medical School, points out, “in an alcohol use disorder (AUD, commonly called alcoholism), excessive alcohol use causes symptoms affecting the body, thoughts and behavior. A hallmark of the disorder is that the person continues to drink despite the problems that alcohol causes.” And when it comes to treating that disorder, those who suffer need to be extended the same standards of medical and psychiatric care as those who are diagnosed with other conditions.

An alcoholism treatment center is a specialized facility designed to do just that. However, it’s important to understand that there’s a big difference between evidence-based care and an alcohol rehab that focuses heavily, if not exclusively, on the 12 Steps. As a 2013 article on the news website The Daily Beast points out, “a 2012 report from the National Center of Addiction and Substance Abuse at Columbia University (CASAColumbia) concluded that many addiction programs don’t employ the kind of progressive, science-based approaches that have been shown to be effective in studies.”

What are these approaches? According to an article in the peer-reviewed journal Psychiatric Clinics of North America, these are “treatment services (that) have been developed to address not only the substance use, but also the range of other problems that often predate, co-occur with, and are caused by substance use disorders. These issues can include family or social relationships, legal matters, job or vocational concerns, medical conditions, and co-occurring psychiatric disorders.” In other words, they do more than provide 12 Step groups for patients to attend. BUT: Just because a facility relies primarily on evidence-based practices doesn’t mean the clinical staff members discount 12 Step groups or meetings.

In short: When it comes to deciding rehab or AA, it doesn’t have to be an either/or scenario for anyone seeking help for an alcohol or drug problem. Because, according to one article in Scientific American, the evidence from peer-reviewed literature suggests that “at least one overview of decades of research on AA's effectiveness suggests it works for many problem drinkers in conjunction with professional help.” (Emphasis ours.)

Rehab or AA: The Latter

For many individuals considering whether to go to rehab or AA, their decisions often hinge on the effectiveness of one vs. the other. Again, it’s important to note that it doesn’t have to be an either/or scenario, and the fact is that the best chance of sobriety and quality-of-life improvement occurs when both are utilized.

In fact, according to a report on the website Healthline, “it can be hard to measure the effectiveness of a recovery program. ‘Anything in the addiction space is hard to measure,’ says Eric Patterson, LPC, a contributing writer to Choosing Therapy. ‘How are we measuring it? A week of sobriety? A year? A lifetime?’

“But a 2020 review of research on recovery options sheds some light on AA’s effectiveness. Researchers analyzed 27 studies involving 10,565 participants, finding that AA attendance leads to longer lengths of sobriety than other treatments, such as cognitive behavioral therapy (CBT).”

However, the article goes on to point out: “that doesn’t mean it’s always going to work, or that other options aren’t viable.” However, for years, the 12 Step model, established in the 1930s by Bill Wilson and Dr. Bob Smith — considered the founders of Alcoholics Anonymous — have served as the backbone for professional drug and alcohol treatment for decades, becoming “one of the most popular ways to treat addiction in professional settings, with federal surveys showing that more than 70 percent of addiction treatment facilities in the US deploy it ‘sometimes’ or ‘always or often,” according to German Lopez, writing for the online publication Vox. “Years of evidence show that the 12 steps, on average, really can help treat alcohol addiction.”

Scientific studies concur: Dr. John F. Kelly, writing for the journal Addiction, concludes that “Alcoholics Anonymous appears to be an effective clinical and public health ally that aids addiction recovery through its ability to mobilize therapeutic mechanisms similar to those mobilized in formal treatment, but is able to do this for free over the long-term in the communities in which people live.” For those with limited financial means or no health insurance, that’s good.

But even those limitations should be a matter of forcing someone to choose between rehab or AA. There are mechanisms through which the former can be obtained, and in some cases may be necessary, especially for those who will experience excruciating withdrawal symptoms when they attempt to quit alcohol or drugs on their own. 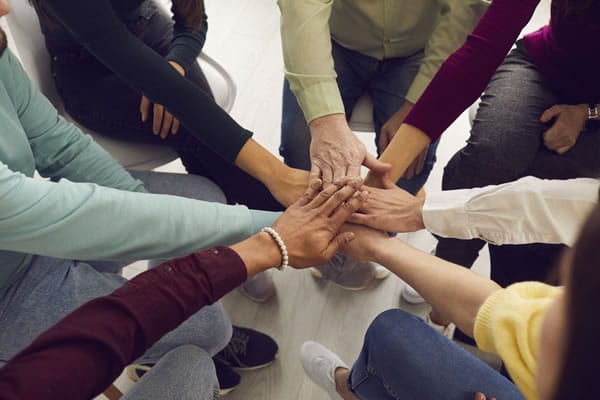 To recap: Alcoholism treatment and 12 Step meetings aren’t mutually exclusive. It doesn’t have to be rehab or AA, not when the use of both is the best course of action, according to the National Institute on Drug Abuse (NIDA): “Self-help groups can complement and extend the effects of professional treatment … most drug addiction treatment programs encourage patients to participate in self-help group therapy during and after formal treatment. These groups can be particularly helpful during recovery, offering an added layer of community-level social support to help people achieve and maintain abstinence and other healthy lifestyle behaviors over the course of a lifetime.”

Nowhere was this more illuminated than in the March 2020 announcement by the Cochrane Group, a nonprofit organization whose mission is to organize medical research findings. In 2006, a study by the Cochrane Group found that “no experimental studies unequivocally demonstrated the effectiveness of AA or TSF (Twelve Step Facilitation) approaches for reducing alcohol dependence or problems.”

However, an updated review of 27 studies and more than 10,500 participants came to a vastly different conclusion when examining 12 Step facilitation as part of a drug and alcohol treatment program: “The authors found high certainty evidence that clinically delivered and manualized TSF programs designed to increase AA participation can lead to higher rates of continuous abstinence over months and years, when compared to other active treatment approaches such as cognitive behavioural therapy. The evidence suggests that 42 % of participants participating in AA would remain completely abstinent one year later, compared to 35% of participants receiving other treatments including CBT. This effect is achieved largely by fostering increased AA participation beyond the end of the TSF program.”

In other words: 12 Step facilitation works. Rehab works. And when combined, an individual with a drug and/or alcohol problem gets the best of both worlds: Effective, evidence-based psychotherapy; medical and psychiatric care in a hospital setting that can help individuals safely detox from drugs and alcohol under medical supervision as well as allow them to address co-occurring mental health disorders like depression; and a support network that can be utilized after treatment is complete.

Those considering rehab or AA for a drug or drinking problem shouldn’t feel that they’re painted into a corner, forced to choose one or the other. The best choice is both — because science and anecdotal evidence demonstrate that’s the best form of treatment for a medical condition like alcoholism or addiction.