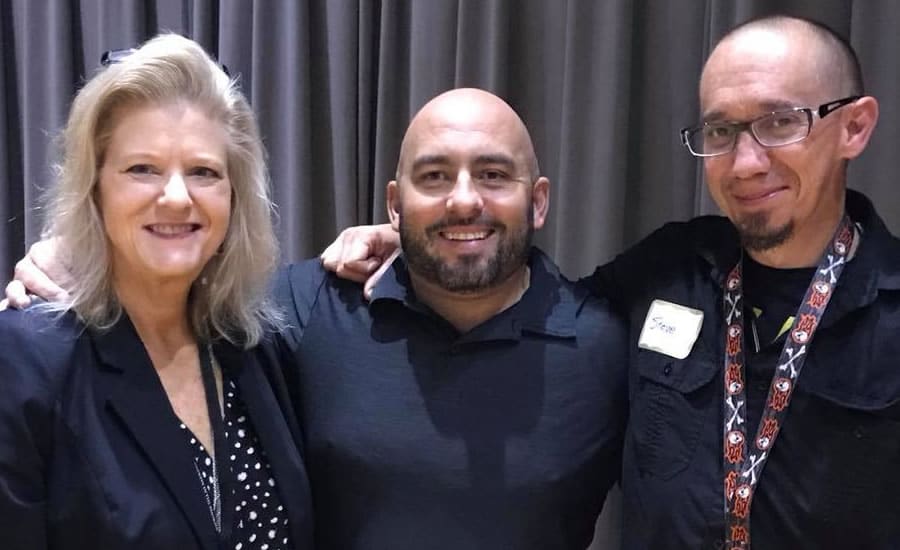 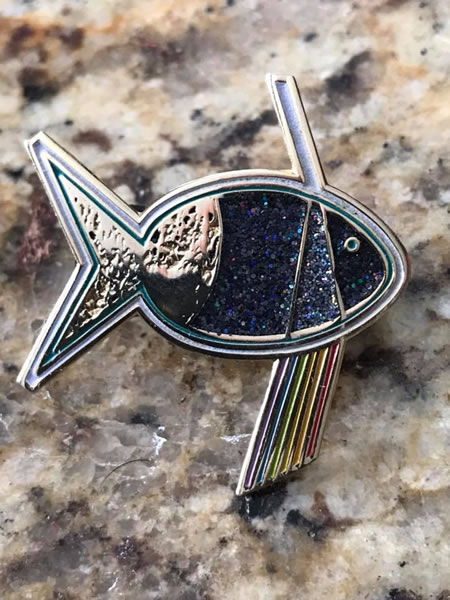 Titled “Hope for Tomorrow: The Intersection of Suicide and Addiction,” the day-long workshop was held at the Bridgewater Place convention center in West Knoxville. Cornerstone of Recovery was one of the sponsors, and the event featured three one-hour workshop sessions for attendees representing organizations across East Tennessee. Kavalkovich, who was one of the emergency workers on site at Ground Zero shortly after the Sept. 11, 2001, terror attacks, was the keynote speaker before the afternoon workshops began. In a talk that ranged from poignant to witty to humorous to touching, he detailed his journey and his recovery.

And he told the story of the night before, which started with dinner and ended at Preservation Pub, a live music venue on Market Square in downtown Knoxville, where a guest musician peeled off a remarkable cover of Jimi Hendrix’s “Voodoo Child” and a group of friendly strangers invited him to join them at their table. The conversation turned to music, and when Kavalkovich was asked about his favorite music, he didn’t hesitate: Pink Floyd’s “Dark Side of the Moon,” he told them. Best album of all time.

One of the ladies in the group then fished through her purse and pulled out a “Dark Side of the Moon” pendant and pressed it into his palm. The gift, from a total stranger, is another sign that serendipity is alive and well in Kavalkovich’s universe, he said.

“Nothing happens by accident, and anybody who tells me it does hasn’t been through anything,” Kavalkovich said. “Just the other day, I was in Chicago and had just got done speaking. I got in my Uber and had a 45-minute ride to O’Hare (airport) and started talking to Jerry, the driver. He was asking me what I was doing in town, and when I told him I was a keynote speaker about suicide and addiction over at the college, he told me how he’d lost his son to an overdose in January.

“I told him about my story and gave him the abridged version of all the stuff that’s happened to me and how I get paid to go speak, and then I said, ‘I apologize, because I don’t want to sound arrogant or braggadocious. And he said, ‘OK, but do me a favor? Don’t ever say that again. That’s twice you’ve apologized for how your life is today. How I hear the message you give me has nothing to do with you — it has to do with me. And if I perceive it as arrogant, that’s my problem. So please, don’t apologize for being who you are, and don’t apologize for your life.’

“Things like that happen to me all the time,” he added with a grin. “It’s a beautiful thing.”

The burden of constant pain 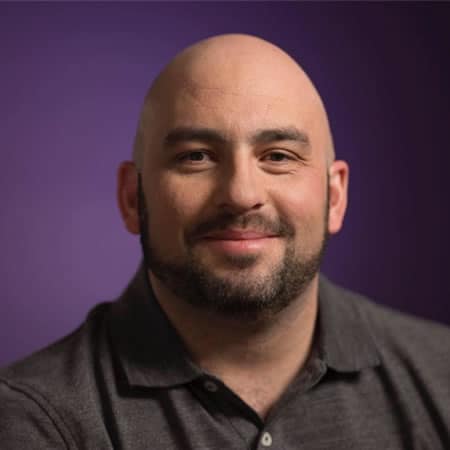 At one point, life was not so beautiful for Kavalkovich, who spent years seeking external solutions for internal pain. That’s one reason he gravitated toward emergency response as a vocation, and while it was rewarding work, it didn’t ease the spiritual destitution that had been present within him since childhood. His addiction grew, and no matter what he tried — drugs, alcohol, relationships, material things — they did nothing to slow it down.

On Sept. 11, he was one of numerous emergency responder crews that traveled to Lower Manhattan in the aftermath of the collapse of the World Trade Center. They arrived on the evening of Sept. 11, ostensibly as rescue workers, but by that point, there was no one left to rescue. During his talk at Friday’s TSPN conference, he described in heartbreaking detail the eerie silence of a city that on every other day is a cacophony of noise, the only sound that night the chirping of dozens of emergency alert beacons worn by firefighters who died when the towers fell and whose bodies were trapped in the rubble.

“It’ll always be a part of me,” he said. “I didn’t do some crazy heroics or anything like that, and for years, I used it as a scapegoat because it was a good thing to point out when I was messing things up. Definitely, somewhere underneath, that day affected me, just like it did everyone who was there. Just like it does everyone in this field.

“You’ve got the normal stress of life that other people go through, and then as a first responder, you go and see tragedy and other stuff every day. You respond to the worst things ever, and then you get told, when it’s bothering you, to suck it up. That’s why divorce rates are so high; why bankruptcy rates are so high; why suicide is so high. These are human beings in a career that sees the extremes and the trauma of life every single day, and it’s just the nature of it to just deal with it by saying, ‘Suck it up, buttercup.’

“‘Suck it up, buttercup’ almost killed me,” he added.

After finding recovery two years ago, Kavalkovich began to seek out ways in which to offer some empathy and some therapy to his fellow first responders. That led to “Rescue the Rescuer,” a blog and podcast on the Mental Health News Radio Network, which launched in August 2017. Almost immediately, his peers connected to it.

“Within a couple of weeks of launching, I got a message from a guy named Peter in Limerick, Ireland who said, ‘I love the show and love what you’re doing,’ but when I told him to share it, he said, ‘I can’t. You think the stigma is bad where you are? You should see it over here,’” Kavalkovich said. “That told me that we’ve still got a lot of work still to do.”

In the year that “Rescue the Rescuer” has been online, it’s featured guests like the son of the late Robin Williams and the brother of Mark Cuban. He’s not afraid to talk to anyone, he said with a grin, as long as the conversation gets down into those deep places that too many humans keep hidden from the light of day.

“If you wanna sleep on the airplane and you get seated next to me, sorry about your luck, bro, because I’m gonna talk the whole flight,” he said with a laugh. “Had I not had the show, I wouldn’t be sitting here today. That platform started to build the momentum, and it’s been a blessing. I’ve helped bring six podcasts onto the network, and two of them are in Canada. We’re bringing on more as we speak.”

And his message is taking him across the country. Last week, he spoke to the McHenry County Board of Mental Health in Illinois; coming up, he’s got talks scheduled at treatment centers in Pennsylvania. He’s starting a first responder peer support group at a treatment center near where he lives in New Jersey — with the same media who saved his life with a Narcan shot when he overdosed.

And wherever he goes, wherever his voice reaches, the message is always the same, he said.

“Black or white, rich or poor, educated or not — we’re all human beings, and our job is to just be a little nicer to each other and to recognize that we all struggle, and the only way we get out of the struggle is by connecting,” he said.