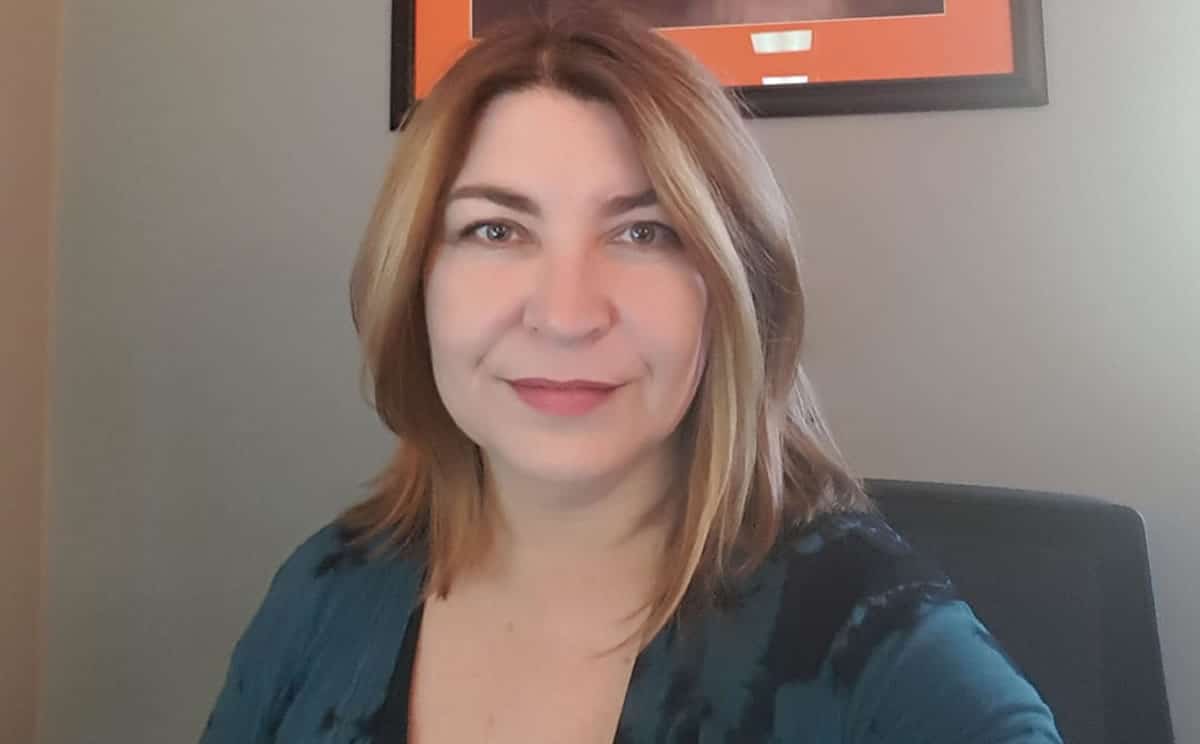 For 20 years, minus a couple while she was employed elsewhere, Nancy Dabbs has had a ringside seat to it all at Cornerstone of Recovery.

On Dec. 30, she’ll leave the Cornerstone campus for the final time, headed west to a new position as treatment supervisor of Drug Court Four, a unit of the Residential Drug Court Treatment Center for Metro Nashville. It’s home — she lived in Nashville all her life until she got clean and sober in 1991 — but her parting from the company that became a second family is bittersweet.

“It’s emotional, because this has been my life,” she says. “Talking to people, spending time with people, watching them ask for help, watching them work the program … working at the old facility when it was just part of a strip mall, then working at the newer facility (built in 2003), then moving here to the main campus (in 2017) … new therapies, new track groups, new medical records systems … each place, each thing, has taught me something.”

And in turn, as the outgoing director of the Cornerstone Newcomer’s Program, she’s passed along that knowledge to others. Over the years, she’s worn a multitude of hats at Cornerstone, but when it comes down to it, there’s only one that’s truly mattered: that of a recovering addict and alcoholic who demonstrates through knowledge, education and personal experience that it’s possible for anyone to stop using and drinking, lose the desire to do so and find a new way to live. 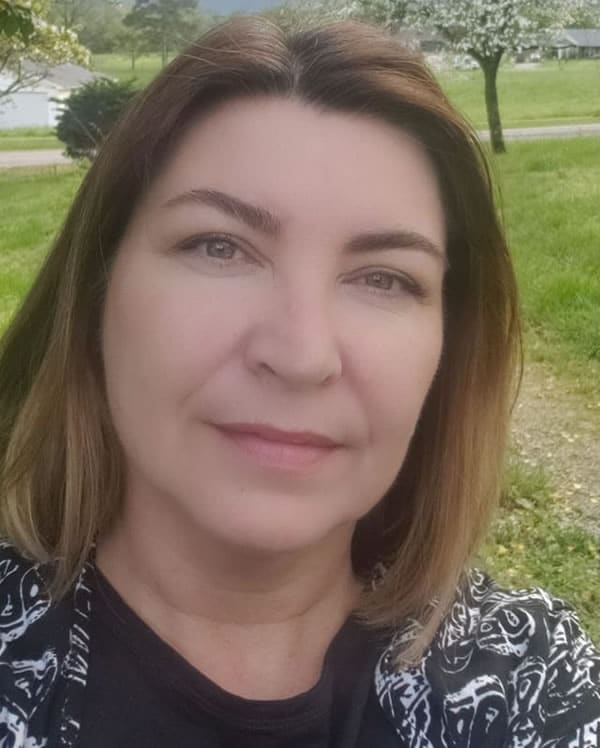 The evidence she has for such change is indisputable: It was shown to her almost 30 years ago, when as a fiery 24-year-old, she found herself spiraling the drain and in complete denial of her problem. She was working at a Nashville liquor store at the time, she says, and her boss was a sober alcoholic with seven years under his belt. He could spot his own kind a mile away, but he also knew that strong-arming another alcoholic into sobriety is a heavy-handed approach that seldom works.

“He talked about how he was an alcoholic who had almost lost his job, his wife and his kids, but that he went to a (12 Step) meeting, and it helped him,” she says. And then he asked if I wanted to go one. It was by-the-book working with others; I just didn’t know it at the time. He never told me what I needed to do; he just talked about his own experience, strength and hope. He was very respectful, and I sensed his sincerity and care.”

She went, but it didn’t take, and two months later, she caught a multitude of charges — habitual drunk driving, violation of probation, multiple speeding citations, a concealed weapon charge and more — that left her facing four to five years in prison. She went through withdrawal in jail, spending two weeks there because her family had cut her off. Once a roommate paid her bail, her mother suggested drug and alcohol treatment, but Nancy was resistant at first until mom and pointed out that it might help reduce her sentence.

“It was prison or rehab, so I went to rehab,” she says.

It wasn’t easy finding one that would take her: With no money or insurance, she visited eight in the Nashville area before throwing herself on the mercy of her probation officer. She walked across the hall to the DUI School and talked to the educator there — himself a recovering alcoholic — who put in a phone call to a friend. As it turned out, Path Finders, a rehab in Castilian Springs, Tennessee, had an unclaimed treatment bed available, and off Nancy went.

“I was a brat for a while, and then about two weeks in, I remember a real cathartic group therapy session where they helped me understand that I wasn’t a bad person,” she says. “I hadn’t caused my dad’s death of a heart attack because of stress over my drinking, and that it was a good thing I had given my baby up for adoption.

“They also helped me understand that it wasn’t just alcohol, that I was so addicted to other substances and other processes — food, relationships, things like that. They helped me understand I was a sick person, and that’s when I started thinking that maybe this recovery stuff might work.”

A new home in Knoxville 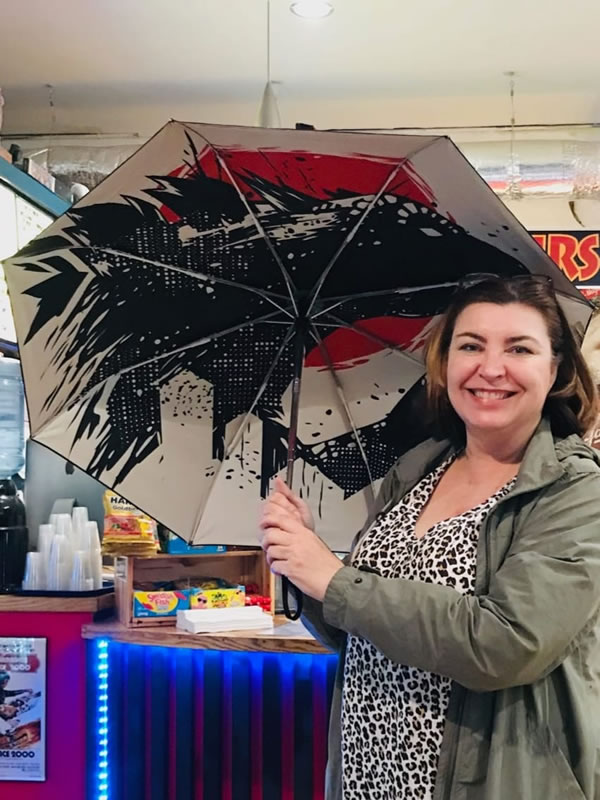 Because she seemed to run into old acquaintances any time the patients went on outings, however, the staff suggested that she get out of Nashville. That’s when she moved to East Tennessee, into a halfway house for women in Knoxville, and found a community and a life that sustained her here. She met her late husband, Richard, in the rooms of recovery and found a calling in addiction treatment, working first at the University of Tennessee Alcohol and Drug Recovery Center as a unit secretary and then as a psychiatric technician, where she began leading aftercare groups.

From there, we went on to run the men’s halfway house at Knoxville’s Peninsula Lighthouse program, but in 1998, tragedy struck: Richard died of cancer at the age of 44, and Nancy found herself the young widowed mother of a little girl. The drug and alcohol treatment community in East Tennessee, however, is a close-knit one, and friends of Richard’s who worked at Cornerstone of Recovery reached out in 2000 asking her if she wanted to help do assessments for potential patients.

“So I started working part-time, doing assessments, taking patients to the ropes course when it was at Maryville College instead of on campus, facilitating a women’s group on occasion, and then I worked part-time in Admissions,” she says.

She left Cornerstone in 2002, finding serenity in the simplicity and physical exertion of manual labor for a couple of years until the company called her up in 2004, needing help once again with assessments. At the time, an accident on the job had made her keenly aware of the need to safeguard her health for the sake of her daughter and her future, so after some initial reluctance, she returned. A part-time gig doing assessments soon grew into more responsibilities, and Cornerstone leadership asked her to take on a larger role in the Assessment and Orientation unit.

Along the way, she watched the company grow from a small operation based on the 12 Steps into a well-rounded therapeutic treatment facility with a growing emphasis on additional clinical tools focused on patient care. Mentors and supervisors like former CEO Dan Caldwell, Clinical Director Dr. Scott Anderson and the late Dr. Bob McColl all played pivotal roles in molding her into the unit leader she is today.

“Then, about 2005, I was offered a full-time job as a senior counselor in the Adult Residential Program,” she says. “In 2007, I became the co-manager of the program.”

Nancy Dabbs: Leaving Cornerstone better than she found it 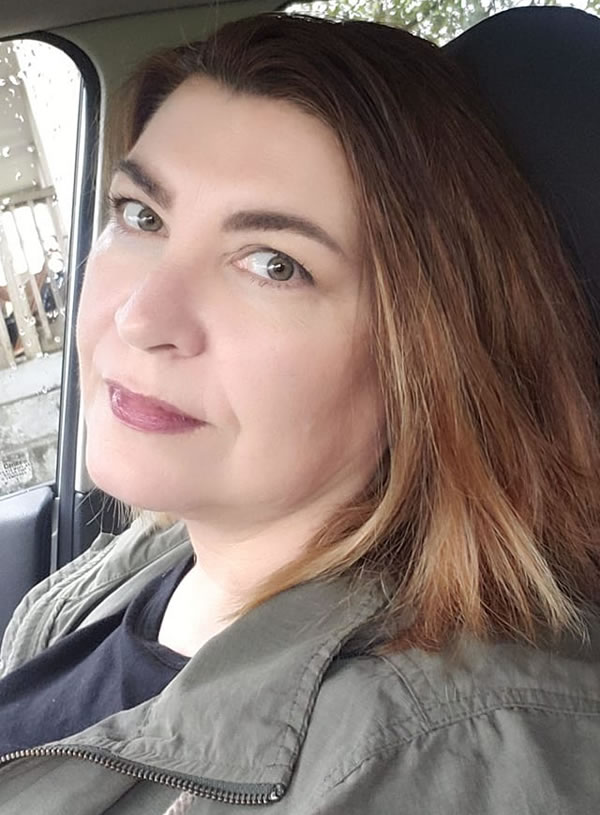 It’s a role she’s occupied ever since, through the transition to Cornerstone’s new four-facility campus located that increased both the size of the staff and the number of patients who come there for help. The passion each clinical staff member has for the organization’s mission often means just as passionate disagreements on occasion, but at the end of the day, the goal of all parties remains the same: figuring out what’s best for those battling a disease that wants to kill them.

“I’m a collaborator, and I like talking it out with folks about what’s best for the patients,” she says. “I believe that everybody brings something to the table, whether it’s the housekeeper or the Unidine cook or the family member working with the therapist to set a boundary or the person in an A.A. meeting who shares something that makes an impact.

“My job here is to set the stage for what comes next in their lives, and to do it with others who want the best for these people who need our help. If I’m able to do that here, I’ll be able to do that at my new job, too. Do I do it perfect? Do any of us? No, but one thing (McColl) taught me is that if they know you care, even if you mess up, it’s going to be alright. You can own your part, because there’s a lot of grace to this way of life.”

With recovery, especially imparting it as part of the Cornerstone family, there’s been a lot of everything.

Tragedy, when illnesses or accidents claim the life of coworkers. Heartache, when a former patient turned friend-in-recovery relapses. And laughter. Oh, so much laughter. Get her started telling stories, and she can’t stop: passing out Pop Rocks to the clinical staff during a treatment team meeting and hearing the crackling and fizzing and childlike glee from her peers … another treatment team meeting disrupted by a clandestine fart machine hidden under the table … showing up to lead group wearing a Godzilla costume on Halloween, or showing off the impressive collection of Godzilla memorabilia that decorates her office … all the jokes and pranks and strange tales found even in the darkest times.

The memories make her smile, and they will be what she misses most when she leaves Cornerstone on Dec. 30. That laughter is something pre-1991 Nancy never thought she would be able to do, and watching patients discover their own ability to do so, has been one of the great marvels of the ongoing adventure that is her life.

“I love what we do — that we’re 12 Step-based and always have been, but that we augment it and set them up to have more success with things like Schema Therapy and CBT and DBT and the spiritual aspect,” she says. “I also like that we don’t have just one demographic: We may have a homeless patient rooming with a UPS pilot who makes six figures a year but only works one weekend a month and is a former fighter pilot. I just love that.

“I love that we get to show them that recovery is possible. I believe in treatment, because it saved my life. If it wasn’t for recovery, I wouldn’t have found God, and I do believe that the world is a better place when we’re clean. The roads are safer, our families are healthier, we pay our taxes — we don’t just save lives, we help improve lives, and I’m looking forward to continuing to do that when I move back to Nashville.”

ShareTweetWhatsappPinterestLinkedin
RedditStumbleuponDeliciousXingTumblr
Posted in About Us, Cornerstone of Recovery, Cornerstone staff and tagged Nancy Dabbs