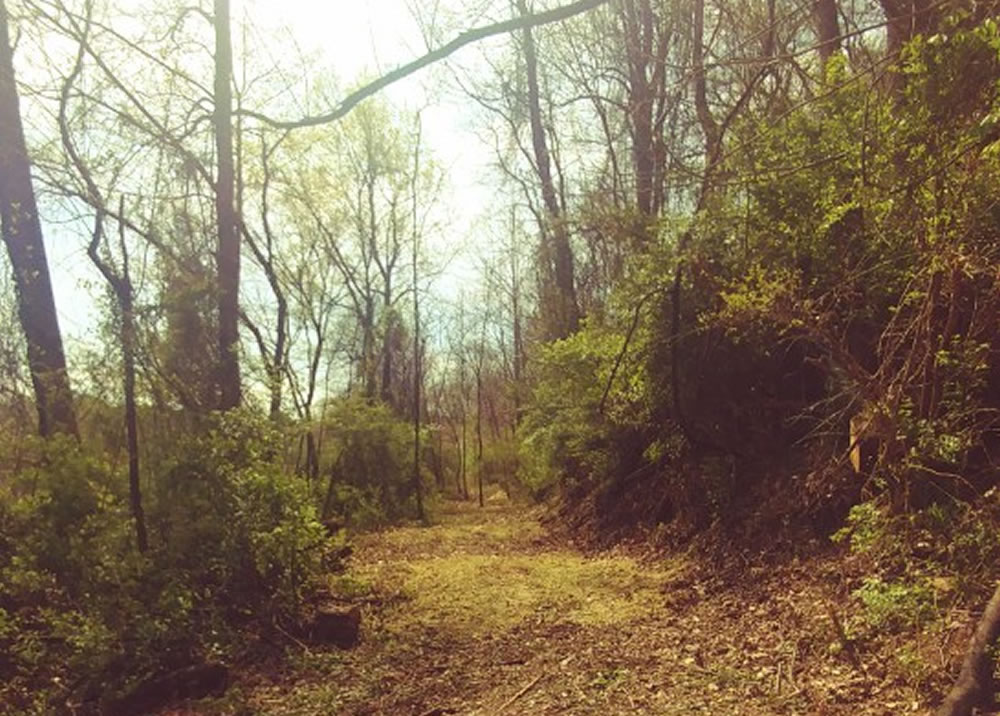 This time of year, the only clear view of the Little River is from the patio adjacent to the dining hall at Cornerstone of Recovery, where patients often carry their Unidine-prepared meals out to tables overlooking an open expanse of water.

Down the hill, the waterway is a yawning embayment fed a few hundred yards to the north by Stock Creek, which empties into the Little River basin as it makes a crookback bend before passing beneath Airport Highway, where it serves as the boundary between Blount and Knox counties. It keeps flowing for another mile, making a V-shaped curve before joining with the mighty Tennessee River. An outcrop of land known as Badgetts Bar juts out into the Little River Shoals, where in the summer, the shallow sandbars create a place for leisure craft to drop anchor and enjoy the respite of a dip into Fort Loudoun Lake, as this dammed part of the Tennessee is known.

Back along the banks of its tributary, however, the only sounds outside of natural ones are the constant hum of cars along the four-lane. You can’t see them down here, but the steady traffic makes its presence known all the same. However, the closer you get to the water, the more the noise fades, until it becomes a white-noise hiss against a backdrop of natural tranquility down along a rough trail that’s a work in progress. 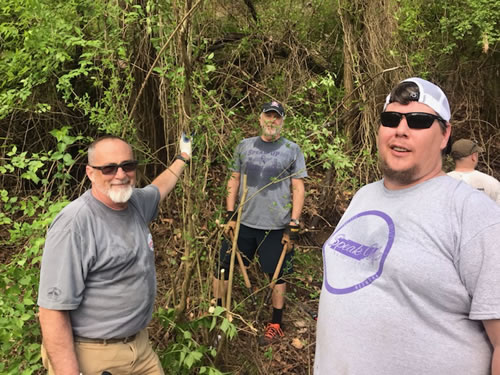 No one is certain where the idea originated for what’s being termed as the Alumni Trail. When Cornerstone officials expanded its reach in 2005, it began leasing property owned by Clayton Homes, one of the largest mobile home manufacturers in the Southeast. The company had consolidated onto a single campus nearby, and the former office building that was occupied by the company’s Vanderbilt Mortgage division became a headquarters for Cornerstone’s Intensive Outpatient Program. Cornerstone’s board of directors approved the purchase of the 24,000 square foot building and accompanying 16-plus acres in 2011. In 2013, the company bought an additional seven acres adjacent to the existing property, and plans began to be made to build out a single, four-facility campus.

“(The former activity therapist) and I built a trail a long time ago that went straight down to the water, back when I interned here, but whoever did the drawings for the new campus for LawlerWood (a real estate project company, located in nearby Knoxville) drew a trail on them, and somewhere along the way, the (executive team) asked me if it was something I could do,” says Joe Williams, Cornerstone’s director of Activity Therapy.

For the past year, Williams has been chopping his way from the lower parking lot below the Polly Bales Building on the Cornerstone campus, which consolidated in four facilities in 2017, toward the river. Although a public boat ramp once gave boaters access to the river, it was shut down a few years ago, and the East Tennessee vegetation quickly assumed its natural dominance. Softwood saplings, scrub bushes and six inches of duff covering fallen branches and logs grow up to the waterline. At one point along the designated path, Williams had to cut through a massive fallen oak that’s almost two feet in diameter, now lying like a fallen giant on both sides of the trail.

Eventually, the trail will connect the lower parking lot to the Caldwell Center, where treatment groups meet and in which the dining hall is located. From that vantage point, the river makes for a serene vista, but Williams wants to give Cornerstone patients and staff members an opportunity to get closer to it.

“It’s always good to get outside and take a walk through the woods to get out of their heads,” he says. “It will give them a meditation site, and a new location to do groups.”

It’s not an easy task, especially with summer around the corner. Although the temperature is a few degrees cooler beneath the green canopy of vegetation, the humidity is higher. Insects drone lazily through the thick air, and as a powerboat navigates the channel, its wake sends waves slapping into the shore. Here and there are signs of civilization — electric boxes and manhole covers, as well as a handcrafted bridge Williams built over one ravine. He anticipates building another as the work continues, but now he’s gotten some assistance from Cornerstone staff members and the Cornerstone Alumni Association.

Last fall, the Alumni Association took money raised from its silent auction during the annual Reunion Weekend and donated it to help with trail construction. The goal, according to Cornerstone Volunteer Coordinator Chris Rowe, is to christen it in honor of those who have gone through Cornerstone’s various treatment programs and found a similar serenity that he hopes the trail inspires.

Last month, Rowe and the Alumni Association organized a trail cleanup/maintenance day, and almost two dozen employees and volunteers showed up to trim trees and vegetation, chip wood into mulch for the path surface and cut views of the water along the eighth of a mile that was cleared.

“It was successful, and we’re planning our next one for June 1,” Rowe says. “I think we made a huge leap. We covered probably three times as much of it as it would take Joe to do in three or four months.”

It’s a work in progress — a nice metaphor for recovery itself. And like the program that Cornerstone encourages, it won’t manifest without some effort. But once it’s completed, it’ll be another amenity that makes the facility one of the best drug and alcohol treatment centers in the nation.