As a grateful recovering alcoholic, Daniel Burtch finds it both ironic and a little amusing that the facility he once tried so desperately to get away from is now the one he looks forward to going to each day. 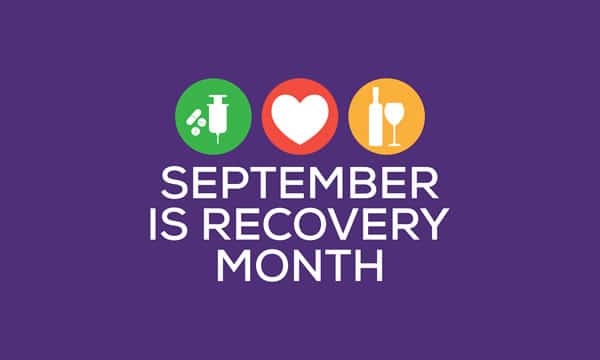 There are some big differences, of course: In 2015, he was just getting started on his journey toward sobriety, and Cornerstone of Recovery — where he now works as a program coordinator — was the drug and alcohol treatment center in which he was a patient. And initially, he says, he fought against the process that would eventually deliver him from the disease that was destroying his family, his health and his life.

“I tried to leave against medical advice, and I was coming up with every excuse in the book,” Daniel says. “I told my parents and my wife that they could drug test me, they could breathalyze me, whatever, but they were like, ‘No — you’re staying where you’re at.’ And my wife said that if I called my friends to come get me, she would tell them not to pick me up, and that she would change the locks on the doors of our house.

“I remember doing a conference call with my mom and my dad and my wife, and another counselor was there with us, when they told me I was staying in treatment. I was so mad I remember walking out of that office saying, ‘Fine. Whatever.’”

Call it acceptance … call it willingness … call it whatever you want, but Daniel calls it God: Shortly thereafter, his mind opened and his heart changed, thanks to the encouragement he received from some of the counselors who now call him a peer.

“I remember one of them handed me a Big Book (the primary source of literature for the 12 Step program Alcoholics Anonymous) and said, ‘I think you need to go read this,’” he remembers. “To this day, I thank her for doing that, because in some way, it allowed me to read that and see I wasn’t the only one who suffered. I didn’t feel alone anymore, and that made me realize I needed to be where I was at.”

The challenge of being a recovering alcoholic 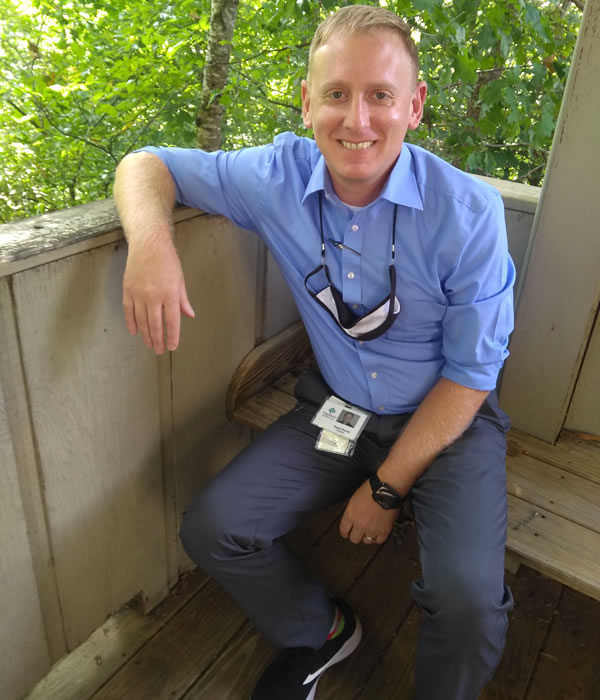 As a recovering alcoholic, Daniel is one of the privileged few to have found a new way to live beyond the bondage of booze. According to the National Institute on Alcohol Abuse and Alcoholism [1], 14.4 million adults in the United States met the criteria for alcohol use disorder, the medical diagnosis for alcoholism … but only 7.9 percent of those people received treatment.

The Centers for Disease Control puts it [2] even more bluntly: “Excessive alcohol use is responsible for more than 95,000 deaths in the United States each year, or 261 deaths per day. These deaths shorten the lives of those who die by an average of almost 29 years, for a total of 2.8 million years of potential life lost. It is a leading cause of preventable death in the United States, and cost the nation $249 billion in 2010.”

Unfortunately, there remains a great deal of public stigma surrounding alcoholism, and the perception of alcoholics as homeless winos who live under bridges still persists. The truth, however, is that a great many alcoholics have stories similar to Daniel’s: Born in Montana, he moved with his family to East Tennessee when he was 5, and he started drinking during his senior year of high school to fit in, he says.

“Growing up, I was a small, dweeby, skinny white guy who didn’t feel like I fit in with the who’s who crowd, but I can remember drinking and smoking weed with the kids who were popular and cool to hang out with, and that’s where it started,” he said. “In college, it just continued. I remember moving into my first apartment with some buddies when I was 19 or 20, and that was the first time I was on my own to do what I wanted, and it just progressed from there.”

After college, he went to work for Verizon Wireless in retail sales. Four years later, in 2007, he and his wife, Sarah, got married, and for the first couple of years, life was good. Alcohol, however, was a steady companion, and as it usually does, it began to demand more and more of his attention as time went on.

“One thing that would stick out to me is that I would wake up in the morning feeling horrible, but in my head I would think, ‘Let’s take a few drinks just to make yourself feel better,’ and that progressed,” he said. “I started to drink a couple of beers in the morning for that hair of the dog, and that made me feel better so I could go to work. Before you know it, that became a normal thing for me.”

So too did keeping booze in his car and drinking on the way home. At the worst of it, he said, his evening commute consisted of downing six or seven 100ml bottles of bourbon between his work and his house. Others began to notice, and one of the first people to say something was his father, who recognized that his son might be exhibiting some of the signs of depression that ran in the family.

“He said, ‘I think you’re drinking too much,’ and that kind of pissed me off,” Daniel says. “He could see that I just wasn’t happy, and my solution then was to drink.”

The bottom and the journey back 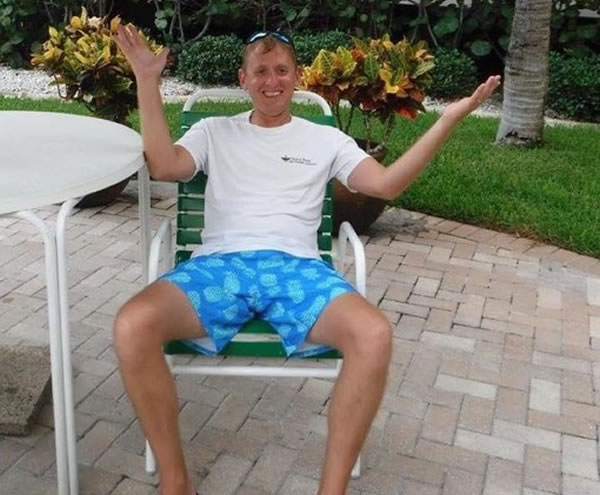 In secret, he began withdrawing money from his 401K to support his drinking habit. At home, he was physically present for his wife and children but emotionally unavailable. Finally, he could stand it no longer.

“I can remember sitting on the couch in our home, just having the day off with my wife, and I remember her walking across the living room floor when I said, ‘I need some help. I’m tired of being a drunk,’” he says. “Looking back, that was God, but it threw her for a loop, because no one knew how much I was drinking. The first thing we did was call my primary care doctor, and when we went to see him and he asked when the last time was I’d had something to drink and I said that morning, my wife was just flabbergasted.”

His physician offered a couple of choices: residential inpatient alcoholism treatment, or medication that might allow him to get his drinking under control on his own. He chose the latter … and he continued to drink, he adds.

“I was taking the medication the doctor was giving me, drinking and hiding it from my wife, and at night I would take Unisom to help me sleep,” he says. “One night, I had the hiccups right before bed and drank a ton of water, and my sodium level apparently bottomed out. I don’t remember it, but my wife says I started hallucinating and walking up and down the hallway in the middle of our house, thinking people were trying to attack us.”

The next morning, Sarah took him to the hospital. He was jaundiced, his eyes were yellow, and testing revealed high enzyme levels caused by excessive alcohol consumption. He had another blackout moment in the hospital and tried to sneak out, only to be returned to his room; meanwhile, Sarah contacted a friend who recommended Cornerstone of Recovery. Back home, he was greeted by his father, who flew down from New York City, who — along with Sarah — insisted that Daniel get help.

“I was scared to death!” he says. “When they said I was coming to treatment, I apparently walked out of the house and started just walking down the street, crying my eyes out. The whole time I was on the way here, I was bawling my eyes out. I didn’t know what to expect.”

Fast-forward to that moment that counselors and literature and fellow patients helped him realize he wasn’t alone and that he, too, could become a recovering alcoholic: That, he says, was the turning point. After inpatient treatment, he continued his therapy through eight weeks of Cornerstone’s Intensive Outpatient Program, and he never returned to Verizon.

“I was so unhappy in that job, and I found another one at Helen Ross McNabb in November 2015 as a case worker,” he says. “My car was my office, and I had a caseload of about 50 people with mental illness, and it was my responsibility to get out in the community and help them find housing, to make sure they had food and clothing, to take them to and from doctor’s appointments, things like that.”

It was service work, one of the pillars of addiction and alcoholism recovery, and it helped shape his vision for his future.

“I taught me money wasn’t everything,” he says. “At Verizon, it was all about material things, but I didn’t have any gratitude working in sales. That job at Helen Ross McNabb was so much more gratifying, because I was able to help people. A lot of them were homeless, so helping them find housing was a challenge, but to help them find an apartment for the first time just gives me chills to think about.” 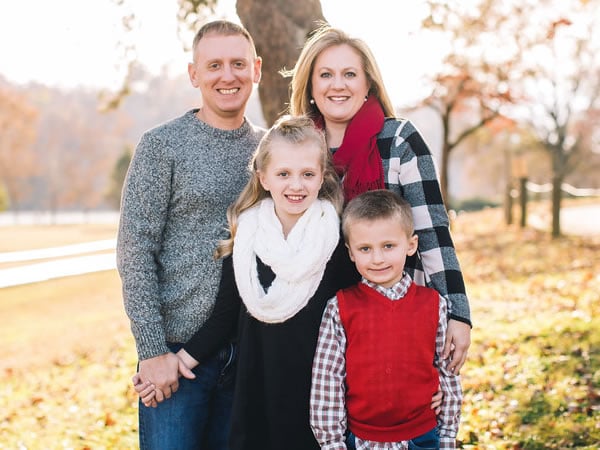 And that paved the way for a return to Cornerstone of Recovery as a recovering alcoholic who could help others discover the same — but Daniel set his sights on that even before he completed treatment, he says with a laugh.

“I can specifically remember one of the counselors asking what I was going to do after treatment,” he says. “Now, he was asking me about plans for my recovery, but I thought he meant job-wise, so I immediately said that I wanted to come back here and work.”

It would take a couple of years, but he never forgot the different his own counselors made in his sobriety, and he was transformed by the ability to help change lives as a caseworker. Today, it continues to be a great blessing any time he’s witness to that change, and knowing he might have some small part in facilitating it makes it little wonder that he looks forward to coming to work each day — and to continue to better himself so that he might help better others, through pursuance of his Licensed Alcohol and Drug Abuse Counselor certification, and his work on a master’s degree in counseling. It’s not for recognition or for money — it’s to show to others who struggle as he once did that life as a recovering alcoholic can be a beautiful thing.

“For me, it’s so gratifying to see somebody come through here, and when you get to see the lightbulb come on in them and they grasp that they can have a different life without having to use alcohol and drugs,” he says. “It’s so awesome to see that, to see the smiles come back and the laughter come back. I remember when I was in Medical Detox, watching other patients transfer to residential, and they would be laughing, and I always wondered, ‘What are they so happy about?’”

“Now, I get it. And to watch them go through that process, to learn and grow as a person, to see them grasp it and to see that lightbulb come on, it’s just so gratifying. We are making a difference in these people’s lives, just like all the people who helped me when I came here. Without what they did to help me find recovery, I wouldn’t have any of the relationships I have today. Without recovery, I would have lost everything.”