Eddie was a good old boy raised in the hinterlands of Warren County, a Southern gentlemen who used “ma’am” and “sir” without a second thought but who could crawl the foothills of the Cumberland Mountains with a nose for ginseng as good as anyone I ever met. 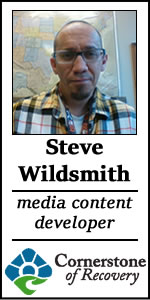 He was the press foreman at the tri-weekly newspaper where I got my start in the journalism business; our backgrounds were different, but we both had ink on our hands, and eventually he became one of the roommates at the “House of Pain,” the bachelor pad where a group of us who worked at the paper lived. Our landlord was nonexistent, and so we took liberties with the decor that were, shall we say, unorthodox. One night after sharing a bottle, Eddie decided to draw a Lynyrd Skynyrd mural.

Across an entire wall of the master bedroom that was his. With an ink pen. Hard enough to etch it into the drywall.

For a guy with no art background, it was a beautiful thing; when he moved out a few months later and the rest of us cleaned up and painted the room, we marveled over how his mural was still faintly visible when the light from the window hit the wall at a certain angle, a redneck relief that paid homage to one of the greatest Southern rock bands of all time.

Skynyrd came on the radio the other day, and I got to thinking of Eddie and about that mural, wondering if they had to sand it off the wall after we all left or tear it down altogether. I’d like to think it’s still there, that whomever calls that bedroom home now runs his or her fingers over the ridges of that painted-over outline and wonders about its origins.

I can’t say for sure that Eddie was an addict. We liked to share pills back then, and I heard later that he spent some time in prison. I’d like to think he found the rooms, as I eventually did, and that maybe he enjoyed a modicum of happiness and serenity before the lights went off. We do, sometimes. Death is inevitable, but it doesn’t always happen because of addiction.

But whether it does or it doesn’t, we feel it just the same. I hadn’t talked to Eddie in almost 20 years, but it was an odd feeling to know that he wasn’t walking around out there somewhere, doing his thing and making his way the best that he could. I didn’t feel guilty when I heard the news; just an odd sort of emptiness.

It’s like everyone I’m connected with in this life, from my daily interactions to the friendships that have faded to nothing but memories, is standing in a giant circle. Together, they make up the totality of my experiences, my memories, my feelings. As my sponsor likes to point out, people usually come in and out of our lives for three things: a reason, a season, and a lifetime. They’re as diverse as the kid who pulled out and T-boned my truck last weekend to my best friend Darren, whom I’ve known now for almost 30 years. They teach us, they encourage us, they walk beside us on this journey … and when death comes calling, they vanish.

Crazy as it sounds, I feel each one. Obviously, the most important figures, the ones standing right beside me like my father, resonate with profound grief and sorrow. But even ones on the other side of that vast circle, the Eddies of my life, are noticeable in their absence.

When tragedies strike and the circle grows smaller, I turn to music for comfort, and right now, I keep going back to the Jim Carroll Band’s quasi-hit “People Who Died,” a punk elegy for friends of the writer who met similar tragic ends. It’s not tender or sweet; it’s simply a visceral list of names by a guy who didn’t know what else to do except speak them, to cry out to those who would listen the people and the circumstances in hopes that they won’t be forgotten.

I can’t write a song to save my life, but if I could, I’d alter the words to that song, as so many cover artists have done, to speak theirs. Eddie. Mark, Shannon, Mahlon, Karen … the list goes on and on and one. “They were all my friends, and they died,” and damn if each death, no matter how well I knew them, doesn’t take a little piece of me with them.

It’s a grim fact that death is the only certainty in this life, and even though we don’t like to think about it or talk about it often, we’re inching toward it with every second we live. Sometimes, however, we’re reminded of that impermanence, that seeming unfairness, when a life too young is snatched away. I can’t remember the last time I talked to Eddie, but he was a part of my tribe just the same.

My people. My friends. My “family.” Sometimes, the best thing I can do is to speak their names. I can lift them up. They were all my friends, and they died — but I all can make sure that they’re not forgotten.

Here’s your Friday motivation, friends. Hug the members of your tribe.