EDITOR’S NOTE: If you’ve spent any time around Cornerstone of Recovery or Stepping Stone to Recovery, you’ve undoubtedly met Rod Jackson. In the midst of chaos, he’s Zen master calm; in the face of patients who don’t know how to get honest, his piercing gaze has a way of getting through. He’s an integral part of the Cornerstone family, and without a doubt, Stepping Stone wouldn’t be what it is today without Rod. Ladies and gentlemen … Rod Jackson. 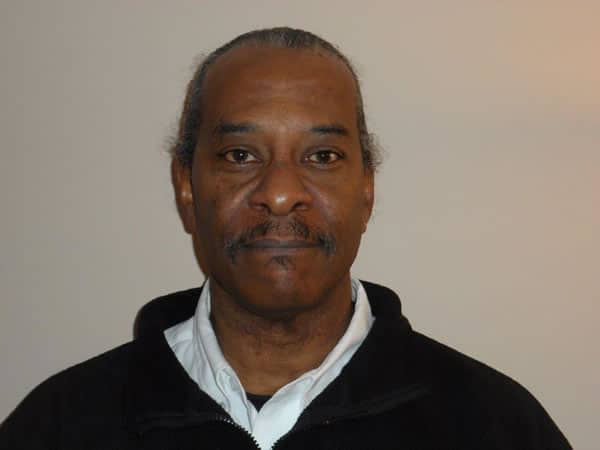 Whatever Rod Jackson is — and while he’d appreciate you keeping the jokes to yourselves, he’s probably heard it all before — he is not paraskevidekatriaphobic.

In other words, he doesn’t fear Friday the 13th. In fact, given the blessings bestowed upon him on those particular days, it could even be argued that he looks forward to them — or at least, he remains open to the possibilities of good things happening on a day normally associated with ill fortune.

“At my very first (12 Step) meeting, at the church on Broadway (Avenue in Maryville, Tennessee) where the Blount County Group used to meet before they moved, I sat down at the table like I owned the joint, and the topic was anger,” says Jackson, speaking from his makeshift office in the boardroom of Stepping Stone to Recovery, where he serves as Program Director. “The guy that sat on my right-hand side became my sponsor; and the woman on my left-hand side, I eventually would go on to sponsor her son.

He laughs, a gravelly, boisterous sound that’s both familiar and warm to anyone who spends time in Jackson’s presence. That day, he adds, was the day he also realized he was “no longer the angriest black man in America.” Because for a while there, he wondered. That anger, combined with a whole host of other unmoored thoughts, led him to Peninsula Hospital in Blount County’s Louisville community that same month.

“I like to point that out because Bill (Hood, the founder of Cornerstone) went there,” he says. “I didn’t check in because of alcohol and drugs — I checked in because I thought I was crazy. Somewhere along the line, the doctor suggested I attend an (alcohol and drug) lecture after lunch, and that’s when I saw the Second Step about restoring me to sanity. And I thought, ‘That’s what I need, because I’m insane … like Crazy Eddie’s prices.”

One of employees of Peninsula took him to that first recovery meeting, and from that point forward, the Knoxville native remained tethered to the new way of life that recovery promises. He never planned on working in the drug and alcohol treatment field — in fact, after going over his Ninth Step with a sponsor, he threw himself into his final three years of work before he took early retirement.

“I told him that I had cheated on my timecard, lied about being at work, ripped the company off — I just gave him an honest laundry list,” Jackson said. “He said, ‘Do you like your job? Because if so, don’t tell them. Live your amends, and become a worker among workers.’”

He did, and after retirement, he sought a more rewarding line of work. His first job was to feed his family; after leaving, he applied for law school but didn’t get in. Eventually, he began working with mentally challenged adults, and a mutual friend in recovery set him up as a driver for Another Chance Recovery Center, formerly of Knoxville. After the man who hired him announced his retirement, Jackson made the off-the-cuff (and admittedly ego-centric) remark: “If I’d have known that, I would have applied for your job! So he gives me the application, and I fill out the dam thing.”

Soon after, Another Chance called and offered Jackson a position as admissions coordinator. His first day on the job as a full-time employee in the drug and alcohol treatment field? April 13, 1994. It was, he said, a learn-as-you-go-but-learn-it-damn-quick trial by fire.

“The first day when I walked in, the receptionist said, ‘You have three admissions calls on your desk, the (county transit) will be here with your first group in 20 minutes, and you’ll do (histories and physicals) with the doctor at 3 p.m.,’” Jackson says. “I had not done an alcohol-and-drug group, I had never seen admissions paperwork before — but I had to shift gears from taking directions to giving directions in a matter of minutes.

“That was my first day in the field. Today, I try not to throw my staff in the middle of situations like that, but sometimes, that’s what our profession is all about.” 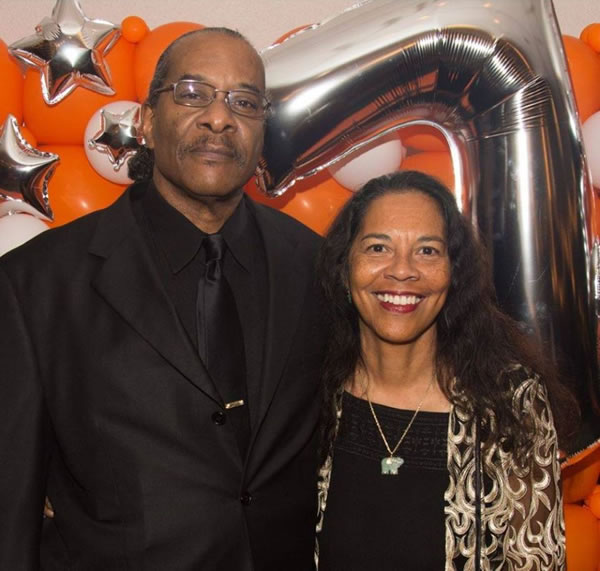 After a year and a half, he went to Peninsula Lighthouse, where he began working with veterans and served as director of the facility’s sober living program before transitioning to the Admissions department, where he picked up additional on-the-job training in admissions and utilization review. From there, he worked in the veterans program at Steps House in Knoxville, the as the executive director of the Blount County Children’s Home for four years, starting in 2006.

In 2010, he came to Cornerstone of Recovery. He had worked here briefly in the late 1990s, but it didn’t work out; this time, he came and stayed, and this year, he’ll celebrate a decade with the company. Even then, he says, Cornerstone had a sterling reputation in the East Tennessee recovery community, one that’s only grown more respectable over time — thanks, in no small part, to Jackson’s contribution.

“Cornerstone is known as a premier treatment center, and I found that to be true,” he says. “At the time I came on board, they were working with several others facilities, they had good systems in place, and they did a good job in providing patients with everything they needed. I found an organization dedicated to helping people and their families, and that dedication was delivered by traditional and evidence-based services.”

During his time at Cornerstone, Jackson completed his master’s degree and eventually transitioned from the traveling recovery monitoring position to director of the recovery monitoring program. In 2018, when Cornerstone administrators approached him about opening Stepping Stone to Recovery as a lower-cost alternative that was in network with the State of Tennessee’s TennCare program, his reaction was immediate:

“I told them, ‘Let’s do this! I’m wondering what took so long!’” he says. “This is a population whose needs have always been there. Cornerstone grew in a commercial insurance perspective, but the building of the new campus, in my opinion, really gave us an opportunity to truly meet our mission statement — to take care of our community and take care of those afflicted with the disease of addiction. Stepping Stone expanded our mission.”

Now in network with Tenncare’s Amerigroup and BlueCare plans, Stepping Stone provides quality treatment built on Cornerstone’s track record of proven success, using some of the same psychotherapeutic tools that have delivered thousands from the bondage of addiction and alcoholism. And it’s doing the same for the patients of Stepping Stone, he points out.

“I drove through McDonald’s the other morning to get a sausage-egg McMuffin and an orange juice, and the girl at the counter had come through Stepping Stone,” he says. “Even though she had been administratively discharged, she met me with this beaming smile and explained how she had to set boundaries with her family in order to get better, and she was getting better.

“Later that day, we had a guy drive up from Chattanooga, just to stop in and say he’s doing well. We don’t always get to see the fruits of our labors, but every now and then, they’ll show up to remind us why we do what we’re doing. They’re the purpose of our work, and that’s what I tell them any time they need my time or attention and apologize for interrupting — ‘You’re not an interruption of my work; you’re the purpose of it.’”

I ask five questions, with no premeditation or forethought put into what they’ll be. Rod answers in the same manner.

QUESTION: “What’s the first thing you do when you walk through the door at home after work?” ROD: “Take my shoes off.”

Q: “What’s the favorite story about Bill Hood that’s been passed down to you?” ROD: “Dan (Caldwell, the former CEO) always told the story of his family moving back to Tennessee for support, because they had already figured Bill was going to die, but he didn’t. He went to treatment, and I’m proud to say I went to the very same treatment center he did. That story always reminded me of the phoenix, because Bill rose from the ashes. He wasn’t down and out, and neither are any of the patients we work with.”

Q: “How many recovery meetings do you attend per week?” ROD: “Minimum one; normally two. I make my home group, because that’s what you’re supposed to do!”

Q: “What’s your favorite movie?” ROD: “‘The Matrix.’ I use movies in my groups, and I use that one. Hell, I use ‘The Wizard of Oz,’ because Dorothy gets up and runs away from home trying to find something that was home all along. I like to tell them, ‘Just stay on the yellow brick road when you leave from here. Don’t worry about the monkeys and the witches in your way — just stay on the yellow brick road!’ I use a lot of different movie analogies.”

Q: “What song, when it comes on the radio while you’re in your car, must absolutely be listened to at top volume?” ROD: “‘Happy,’ by Pharrell Williams. Crank the volume!”