It’s serendipitous, the way that Susie Silcox spends her days on the phone as an Admissions Counselor for Cornerstone of Recovery, a drug and alcohol treatment center near Knoxville, Tennessee.

Each day, she takes calls from potential patients facing what they believe is the worst day of their lives. Their drug and alcohol use has broken them, and the consequences of their actions and decisions while in the grips of addiction have become too much to bear. They’re worried and desperate, their voices breaking, as they plead for help.

It's a tone Susie recognizes well, because there was once a time she found herself reaching out for help, but in the darkest hours of her addiction, no one answered.

“My mom passed away in 2016, and I overdosed six times in eight months,” Susie says, recalling her own journey to recovery. “Once, after I overdosed at a hotel, I had to get two shots of Narcan (the opioid-reversal drug naloxone), and they took me to the ER. I was there for a few hours, and they told me I could leave if somebody would come to get me.

“I just thought that everyone I was with would be glad I was OK, that they were probably really worried thinking I might have died, but I started calling, and I couldn’t find anybody to pick me up. They didn’t even realize I was gone. And I had had those moments of loneliness before, but this time was different. That’s when I started realizing I had nobody who cared about me.” 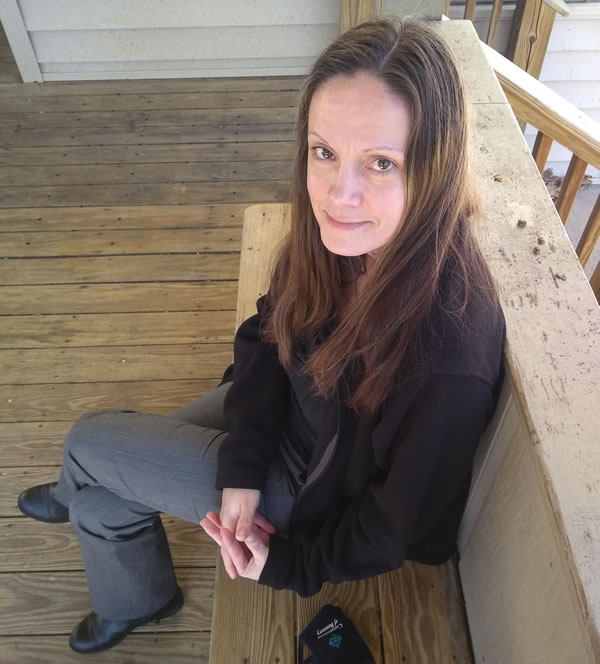 It wasn’t always like that, but then again, it never is. Addiction doesn’t happen overnight, and few addicts and alcoholics ever think, when they begin using, that it’ll ever get that bad.

Originally from Campbell County, Tennessee, she started experimenting with drugs and alcohol after her father died. It was a short-lived period, however, but when she started Carson-Newman University and found herself feeling out of place, she remembered the solace those substances provided earlier in her life.

“I had all of the same feelings — not being comfortable in my own skin, being outside of my element, being from a small town, and that’s when I tried opiates for the first time,” she said. “Suddenly, I could breathe. I could speak to people. All of the anxiety was gone.”

She maintained for a few years, eventually graduating from Carson-Newman — but by the time she did, her addiction was in full swing. She first came to Cornerstone of Recovery as a patient in 2003, the year she turned 22, and from the outset, she only wanted the consequences to go away .

“I remember thinking those first few weeks, ‘I can’t wait to get out and get high again!,’ because my tolerance would be down,” she said. “But then some things started sticking, and I thought, ‘Maybe I’ll try this.’”

A friend picked her up to go to a 12 Step meeting, however, and there were drugs in the car. She tried to tough it out, and she remembers walking around the mall for an hour and a half before giving in. Her disease, unleashed once again, seized control quickly, until she traveled the spectrum through prescription opioids until eventually discovering heroin and IV drug use.

“And then I started adding more things to my list, like meth and Xanax,” she said. “I kept trying to replace it with something else, but I just ended up with one more addiction.”

In 2012, after being arrested (not for the first time, she adds), she was diagnosed with Stage 3 breast cancer and was furloughed to seek treatment. Throughout her cancer battle, she also fought with her addiction, she said.

“I had chemo, I did radiation, I lost my hair — and I still remember wheeling the IV cart into the bathroom to shoot up,” she said. 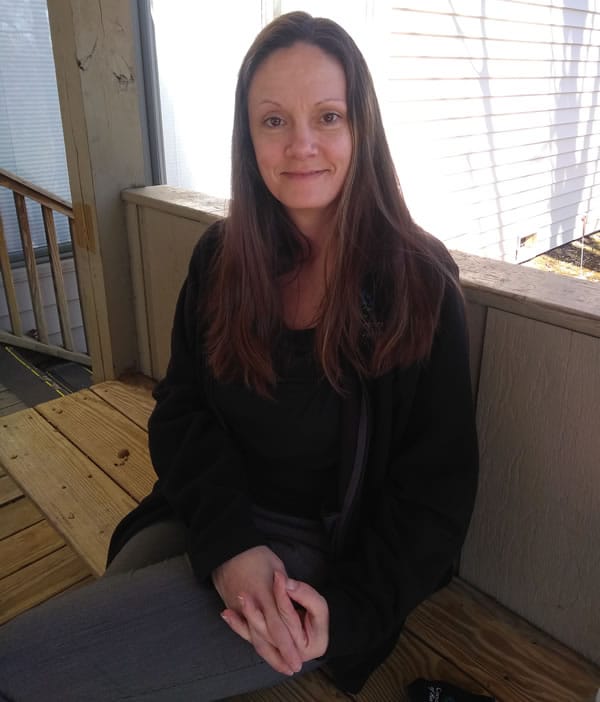 She started trying to get clean again, seeking help at facilities around Tennessee, from Chattanooga to Hohenwald. There was more jail time, followed by that overdose in the hotel. A week later, she was back in the same hotel, and she overdosed again. Again, she found no one to pick her up.

It was understandable, she added: The life she was living left no room for altruistic individuals who wanted the best for Susie, and the dereliction that addiction had reduced her to was a life that made non-addicts cringe in discomfort.

“I had these moments of clarity where I realized I was completely broken, but I didn’t act on them,” she said. “I remember being homeless, and I would have to take a trash bucket and fill it up with water, take it back and put it over a wood-burning stove, and then put it in a camp shower. Surviving was hard. Getting by day-to-day was hard, because my whole live revolved around drugs. If I did have a day or two of sobriety, all of the past came back, and I couldn’t deal with it.”

As alone as she felt, however, God always made his presence known. There were little moments, between 2016 and 2018, that nudged her toward sobriety, signs that there were greater forces at work — like finding a strand of crosses outside of a storage building, or random strangers giving her a cross.

“Every day it kept happening, so I had a little bit of hope; I just wasn’t sure what I was going to do,” she said.

In February 2018, was pulled over for a busted taillight, and a warrant sent her to jail. That’s when her spiritual pendulum began to swing toward the light.

“I had a Higher Power, but I never believed that a Higher Power was more powerful than drugs — but sitting in jail, that somehow started to change,” she said. “I saw a lot of evil when I was using, and sitting in jail, I realized that if there was that kind of evil, there had to be something even more powerful that was good. That was eye-opening for me.”

Shortly thereafter, she was selected for a diversion program that sent her to treatment at The Next Door, a facility for women in Nashville, Tennessee, and there, she found the willingness to do whatever it took to get better. 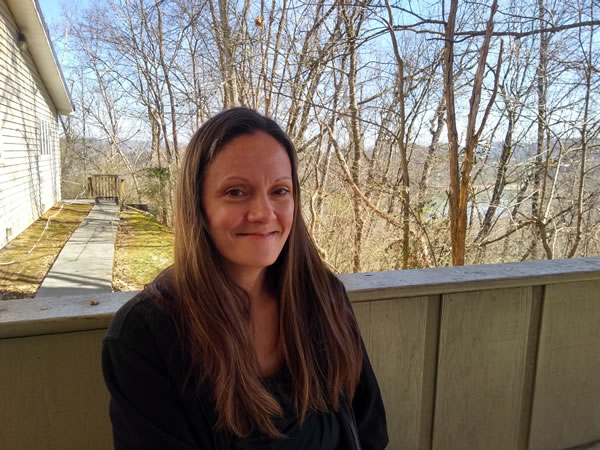 From there, she transitioned to the Oxford House sober living facility in Knoxville, got a job that started at 4 a.m. daily at Hardee’s and committed herself to recovery: Steps, sponsorship, the whole nine yards. She began clearing up the wreckage of her past, both financial and emotional, and mended a relationship with her daughter. Now 15, her daughter lives with her, and in 2019, Susie came to work at Cornerstone of Recovery, first as a receptionist and now as part of the Admissions team.

“I love my job,” she said. “There’s something in everyone’s story that I can relate to, and sometimes, just speaking with them brings me right back to the way I was. I can relate to them, and I try to share some of my story with them, l because I’ve been there. I understand.”

When she’s not working in the recovery field, she’s active in it — because the life it’s given her is beyond compare. She takes 12 Step meetings to Cornerstone’s sister facility, Stepping Stone to Recovery, and she’s unapologetically bold about her past and fierce about her passion for sobriety.

“I just tell them, if you put the work in, you get the benefits,” she said. “My message of hope is that no matter how far down the scale we have gone, recovery is possible, and we are able to use our experiences to benefit others. I don’t believe anything happens by mistake, and I know I’m right where I’m supposed to be.

“My prayer each day is to be of service. I’ve been homeless, in active addiction with Stage 3 cancer, overdosed eight times, been arrested 20-plus times, had endocarditis and sepsis twice. I’ve been through the ringer, but I was able to find peace and stay sober once I began working a program of recovery.”