EDITOR'S NOTE: It may seem odd to spotlight an employee on her last day with the company, but Kimberly Bonta's work with Cornerstone of Recovery Ohio has been invaluable. She has been, and always will be, family, and while the Ohio operations are shuttered after this week, her legacy with this company will live on, and she'll always have a place at our table.

This evening, when she turns out the lights and locks the door in the suite of the office building on Horizons Drive, Kimberly Bonta may need a few minutes to gather her composure before driving off into the next chapter of her life. 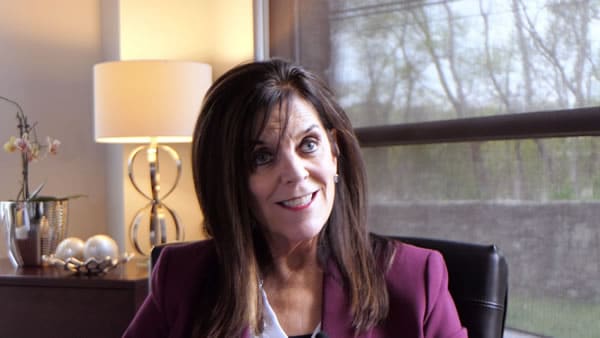 That office, after all, is where her life changed. It’s where Bonta came to work in 2011 and took over as director of Cornerstone of Recovery’s Ohio operations a year later, and it’s where she and a dedicated team of staff members have accomplished much with slim resources. Bolstered by her own recovery and inspired by the vision of Cornerstone’s parent organization in East Tennessee, however, they found a way. And along that way, they helped change a lot of lives.

“I feel like my team and I, we built this from the ground up, and we became not just one of the most reputable treatment centers in the city, but the most reputable treatment center in the city,” Bonta said this week. “Our reputation and hard work got us to where we were, because we didn’t have a lot of help. We were the only place in town that didn’t have a treatment center feeding into our Intensive Outpatient Program, but knowing we were able to maintain a census of 29 to 32 with no feeder source and no marketing was pretty remarkable.

“We worked hard, we gave great treatment and the community responded. We got people in that same day, and nobody ever had to wait more than 10 minutes to be taken into an office for an assessment. We did things the way all of us wanted to be treated, had we been in that situation, and we had three great counselors, all of whom were so different, yet they used all of the basic therapy required by Cornerstone. We just gave really good treatment.”

Planting seeds in the Buckeye State 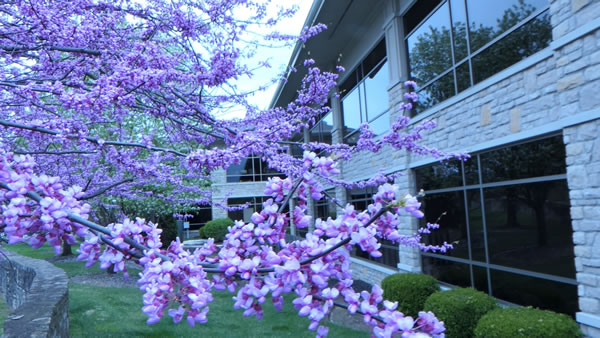 Spring on the Cornerstone Ohio campus.

Cornerstone of Recovery opened its outpatient facility in the Columbus, Ohio, neighborhood of Dublin in 2008. Organizers drew on the ties to the Buckeye State of the company’s owners, the family of founder William J. “Bill” Hood. Bonta was a student at that time, working toward a degree in social work with the goal of becoming substance abuse counselor. She had originally attended college in 1979, studying business finance before leaving academia during her senior year for a job with IBM in sales. In 1992, she got married and embraced her role as a stay-at-home mom. In 2005, she found sobriety herself and was inspired to help others do the same.

After a year, a former professor recommended she apply for a position at Cornerstone of Recovery Ohio, and at first, it seemed like a wash.

“I had a sweet gig at Ohio State, and there was absolutely no draw at Cornerstone, even though I was promised a lot of opportunity,” she said. “I did my pro and con list, and I think the only pro on the Cornerstone list was opportunity. I prayed about it, talked to everybody I trusted and just thought, ‘What the heck.’ So I applied for and got the job.”

“I remember called (retired Utilization Review Director) Dennis Collett and asking, ‘What is UR? I don’t even know what you do!’ And he said, ‘We find a way to get services paid for,’” she said. “I just started calling names of people on the phone list in Tennessee and asking for help and support. I hired a couple of really talented counselors, and I made it a goal not to hire someone without a social work or counseling degree. I was working six days a week and giving it 110 percent, and referrals started coming in.”

She reached out to resources at Ohio State and convinced the City of Columbus to refer its employees to Cornerstone. Bonta and her team also developed a Modified IOP Program that consisted of 12 to 16 sessions instead of the standard 30, so that individuals arrested for driving under the influence had a compromise program that wasn’t the full spectrum of treatment but also was enough to satisfy the courts. In 2014, they added Ohio Medicaid to the list of accepted insurance providers, and that was a challenge in and of itself.

“I remember I told Dan (Caldwell, the former CEO of Cornerstone) that if he let me do Medicaid, I would take it on and do everything,” she said. “That was huge for us. Eventually, we got so big that we had to add a second night IOP group, and we kept it up until we decided to close.” 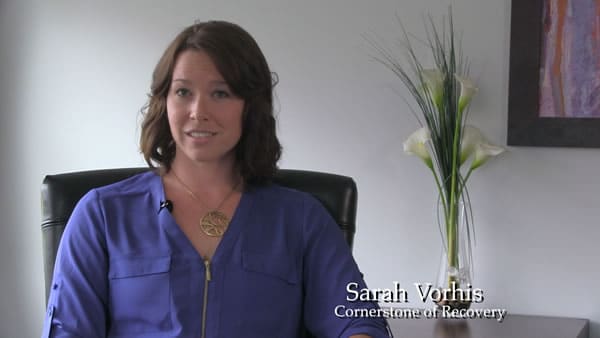 Earlier this year, when Bonta decided to go in another direction, she turned in a notice that she thought would give Cornerstone plenty of time to find a replacement. However, because of the growth of drug and alcohol treatment opportunities in the Columbus area now offering a full continuum of care, the continuance of a standalone IOP program didn’t make sense from a business perspective, and the decision was made to shut the doors.

“We’re down to three patients, and they will all complete treatment tomorrow,” Bonta said on Wednesday. “Steve (McGrew, Cornerstone’s current CEO) allowed us the time to close with dignity and grace and let our referral sources know we weren’t dropping the ball on anyone. All of our patients had the opportunity to complete their 30 sessions.

“When I gave notice, I thought I would be replaced, but the decision was made, and so for the last four months, we’ve been in the process of closing Cornerstone, and I’m ready. I came in this week after a week off for Thanksgiving, and to look at all of the boxes being packed, it’s really, really hard.”

After some time off around the holidays, Bonta will get back into the clinical side of mental health with a position at Directions Counseling Group in Columbus, which was one of Cornerstone Ohio’s referral sources over the past seven or eight years. She’ll also be teaching an AOD (alcohol and other drug) class at the College of Social Work at Ohio State, and she looks forward to redeveloping her clinical skills, she said.

“I will primarily be counseling AOD, along with basic depression and anxiety, but Cornerstone will always be my preferred treatment center to refer individuals who need treatment,” she said. “My gratitude to all of these people at Cornerstone just jumps right off the page to begin with. I remember when Sue Orr (the former director of Assessment and Orientation at Cornerstone) and Alice Long (the current A&O program coordinator) came up to train us, and the week Alice came and filled in for me when I went on vacation — and she completely decorated my office in Tennessee orange!

“Just the relationships that I’ve built, and the support we have had here in the last five years, have just been incredible. This has been the greatest professional position I’ve ever experienced in my life. I look at the hundreds of lives we’ve saved, and that, too, will never, ever leave my heart, that we’ve helped so many people here.”

It’s difficult for Bonta to talk about such rewarding work without being moved to tears, but alongside them, there are also plenty of smiles and fond memories. One of the best: the year that her son, during his senior year playing baseball, traveled to East Tennessee for a tournament. Bonta and her mom drove down to Knoxville to attend, and Caldwell offered to give Bonta’s elderly mother a tour of Cornerstone.

“He said in his office and told her that she reminded him of his mother, and he just charmed her to pieces!” Bonta said. “He got her coffee and walked her around the treatment center and told her how great I was and how proud he was of me. As a mother, when you hear all these compliments about your child, you burst with pride. That was probably my proudest moment at Cornerstone.

I ask five questions, with no premeditation or forethought put into what they’ll be. Kimberly answers in the same manner.

Q: What was the best Ohio State football game you’ve ever attended? A: “That would have been Ohio State vs. Michigan, in 2017. It was a victory in Michigan, and I went along with my son, and we were in a sea of maize and blue. Not to rub it in or anything, but we had so much fun.”

Q: What’s the food an East Tennessean absolutely must try if they visit Ohio? A: “A buckeye chocolate! It’s a round ball of chocolate, and in the center, is peanut butter.”

Q: What’s your favorite place to go when you visit East Tennessee? A: “Dancing Bear Lodge (in Walland) for dinner. The first people to take me there were Dan and Sissy Caldwell.”

Q: What do you like to do besides watch Ohio State football? A: “Cooking.” (What’s the best dish you make?) “Tomato-basil risotto — that, and homemade potato rolls. I’m sort of famous for those.”