Do-it-yourself detox from alcohol and drugs is never a picnic, but if you’re asking “how long does it take for benzo withdrawal symptoms to start?,” know this: You’re in for a rough ride that could be life-threatening.

Benzos — short for benzodiazepines — “work to calm or sedate a person, by raising the level of the inhibitory neurotransmitter GABA in the brain,” according to the National Institute of Drug Abuse (NIDA). “Common benzodiazepines include diazepam (Valium), alprazolam (Xanax), and clonazepam (Klonopin), among others.” They’re widely prescribed and have proven effective for a variety of psychiatric and even physical ailments, but as with many controlled prescription drugs, “when used in increasing amounts or in another way against the advice of a medical professional, they can cause physical dependence and addiction,” according to the University of California Los Angeles’ Semel Institute for Neuroscience and Human Behavior. “Benzodiazepine addictions can involve both physical and a psychological dependence on the drugs, resulting in withdrawal when doses are stopped or reduced.”

Just a description of those symptoms, such as those published all the way back in a 1994 paper in the journal Addiction detail, sounds nightmarish: “Physiological dependence on benzodiazepines is accompanied by a withdrawal syndrome which is typically characterized by sleep disturbance, irritability, increased tension and anxiety, panic attacks, hand tremor, sweating, difficulty in concentration, dry wretching and nausea, some weight loss, palpitations, headache, muscular pain and stiffness and a host of perceptual changes. Instances are also reported within the high-dosage category of more serious developments such as seizures and psychotic reactions.”

Those who struggle with addiction to benzos are rightly terrified of this process, so knowing how long does it take for benzo withdrawal symptoms to start is necessary to appreciate the severity of them and to understand how important it is to go through it in a medically supervised detox setting.

How Long Does It Take for Benzo Withdrawal Symptoms to Start: How Do Benzos Work? 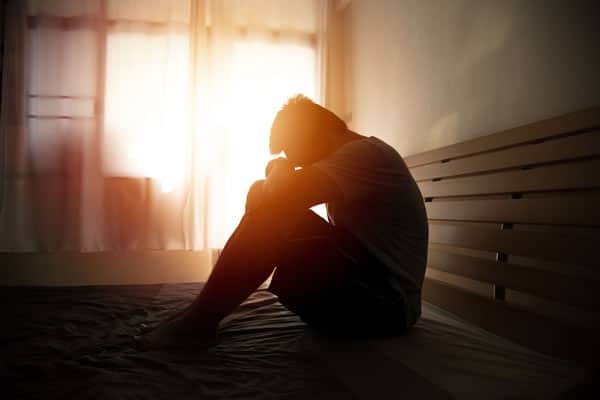 Before asking “how long does it take for benzo withdrawal symptoms to start?,” it’s best to understand why they take place at all — and that’s tied directly to how benzodiazepines work on the brain.

So what are benzos, exactly? According to the website Healthline, “benzodiazepines are used as a sleep aid and anti-anxiety medicine. They help treat symptoms such as decreased need for sleep, racing thoughts, unusual talkativeness, increased activity, agitation, or distractibility, which may be part of a manic or hypomanic episode in people with bipolar disorder.” They’ve been widely prescribed since being developed in the 1960s, when they replaced barbiturates as a safer drug to treat the aforementioned conditions. According to the Food and Drug Administration (FDA), “In 2019, an estimated 92 million benzodiazepine prescriptions were dispensed from U.S. outpatient pharmacies, with alprazolam (Xanax) (38%) being the most common followed by clonazepam (Klonopine) (24%) and lorazepam (Ativan) (20%).”

And how do they work? Anxiety is marked by physiological changes in the brain — primarily, overstimulation. Think of the brain as a car sitting in neutral, and anxiety as the foot that’s slowly pressing the accelerator. Just as the engine revs louder and louder, so too does the mental “noise” caused by anxiety. Benzos, however, “work by enhancing the effect of a neurotransmitter known as gamma-aminobutyric acid, or GABA,” according to the website Medical News Today. “Neurotransmitters are chemicals that communicate messages between brain cells. These messages can have either a stimulating or a calming effect. GABA is a neurotransmitter that sends calming messages to the body.”

When overstimulation occurs, benzos amplifies the power and frequency of GABA production in the brain, which has the effect of countering the overstimulation of anxiety, thereby reducing the symptoms. However, with regular usage comes the risk of physical dependence, the article goes on to add: “Experts do not recommend using benzodiazepines for more than 2 weeks. A person who uses them for 3–4 weeks and then stops suddenly is likely to experience withdrawal symptoms.”

So how long does it take for benzo withdrawal symptoms to start? It’s a good question — but the answer is a complicated one, because benzo detox isn’t the same as withdrawal from other drugs like heroin or alcohol.

Read More: What Is the Timeline for Benzo Withdrawal Symptoms

A Complicated Timeline for Benzo Withdrawal 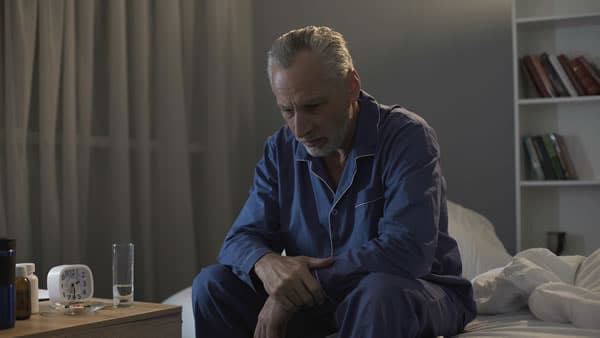 According to the medical trade journal The BMJ, “Patients may develop dependence after only a few weeks of regular use and many long term users experience problems on dose reduction, including rebound anxiety, nausea, perceptual changes, and, rarely, epileptic seizures and psychosis.” However, unlike most drugs, such symptoms don’t set in immediately after stopping the use of benzodiazepines. In other words, those wondering how long does it take for benzo withdrawal symptoms to start need to understand what complicates the process.

The most common symptom of benzo withdrawal is a short-term “rebound” effect of “anxiety and insomnia, coming on within 1-4 days of discontinuation, depending on the half-life of the particular drug,” according to the aforementioned journal article in Addiction. What does this “rebound” mean? Essentially, it’s similar to the brain’s readjustment after someone quits drinking: The sedative effects of benzos, like alcohol, have caused the brain to expect that those GABA transmitters will be supercharged to hold anxiety symptoms in check.

When benzos are stopped, it “exposes all the adaptations which have accrued to counteract its presence, releasing a rebound of unopposed activity involving many neurotransmitters and their receptors and many brain systems,” according to a 1991 article in the Journal of Substance Abuse Treatment. “Clinically this state is manifested as the withdrawal syndrome, consisting of effects that are largely the opposite of these originally induced by the drug.”

But what about that half-life? What does that mean? That refers to the way in which a particular benzo acts in the brain. According to the website Very Well Mind, “Short-acting drugs like alprazolam (Xanax) and lorazepam (Ativan) leave the system quicker, which means withdrawal symptoms can appear in as little as eight to 12 hours. Longer-acting benzos like clonazepam (Klonopin) can stay in the system longer, which means it can be one to two days or even longer before withdrawal symptoms start.” The rebound stage of benzo withdrawal is only the precursor to the next stage: acute withdrawal symptoms. In other words, according to a 2001 paper in the journal Emergency Medicine News, “It is not unusual for patients withdrawing from such drugs to have mild symptoms such as disturbed sleep or agitation a few days before more severe symptoms develop as active metabolites accumulate.”

How Long Does It Take for Benzo Withdrawal Symptoms to Start: Why Worry?

The lower the dose of benzos upon which someone is dependent means, of course, that the more manageable those withdrawal symptoms will be. That doesn’t mean they’ll be pleasant, and for those who are taking high doses of benzodiazepines, the symptoms are even more alarming, according to the paper in Emergency Medicine News: “hallucinations, psychotic behavior, altered mental status, and seizures. It is important, however, to remember that any of the symptoms mentioned may be associated with withdrawal from virtually any dose of benzodiazepine drugs.”

For those who are addicted, trying to stay ahead or on top of such a timeline is a risky strategy. Instead of asking how long does it take for benzo withdrawal symptoms to start, the better choice would be looking into drug and alcohol treatment options that will provide a safe, medical detox program that will help you through the process without the misery that’s all but guaranteed.