You’ve made the decision to stop drinking, but you’re still grappling with your biggest worry: How long does it take for alcohol withdrawal symptoms to start?

Withdrawal from any drug, alcohol included, is a cause for concern, because even the most innocuous of substances have such an impact on the brain and body that withdrawal symptoms can be incredibly intense experiences. On top of the physical, mental and emotional tolls they take, those who detox also have to fight the urge for immediate relief found in the very substances they’re trying to quit.

Some drugs, however, don’t just pose discomfort: They can be life-threatening to detox from, and alcohol is one of them. So how long does it take for alcohol withdrawal symptoms to start? Let’s break it down.

How Long Does It Take for Alcohol Withdrawal Symptoms to Start: Are You Addicted? 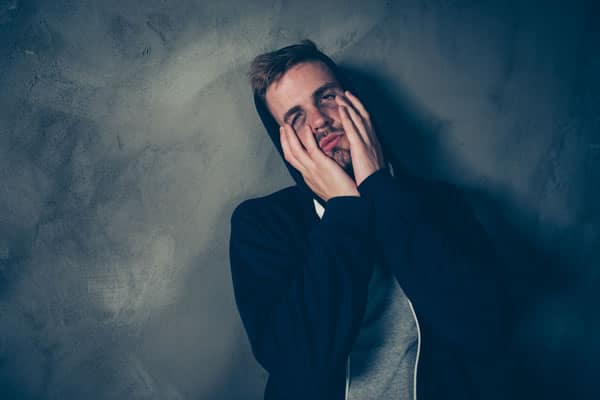 If you’re asking “how long does it take for alcohol withdrawal symptoms to start,” then you’re clearly concerned about your alcohol consumption. But how much does one need to drink to become physically dependent on alcohol?

It’s important to note that not everyone who drinks is on the road to alcoholism. “Moderate drinking isn’t a cause for concern in most adults,” writes Kristeen Cherney for the website Healthline. “But when alcohol consumption gets out of control, you may find yourself on a dangerous path toward addiction.” In her piece, Cherney outlines the various stages of alcohol addiction:

This is the point in which your body is physically dependent on alcohol — and if you stop, the question of how long does it take for alcohol withdrawal symptoms to start becomes a very real concern. But how does an individual become physically dependent on alcohol? The Health blog of Harvard Medical School describes it like this: “Alcohol has a slowing effect (also called a sedating effect or depressant effect) on the brain. In a heavy, long-term drinker, the brain is almost continually exposed to the depressant effect of alcohol. Over time, the brain adjusts its own chemistry to compensate for the effect of the alcohol. It does this by producing naturally stimulating chemicals (such as serotonin or norepinephrine, which is a relative of adrenaline) in larger quantities than normal. If the alcohol is withdrawn suddenly, the brain is like an accelerated vehicle that has lost its brakes. Not surprisingly, most symptoms of withdrawal are symptoms that occur when the brain is overstimulated.”

What Are the Withdrawal Symptoms? 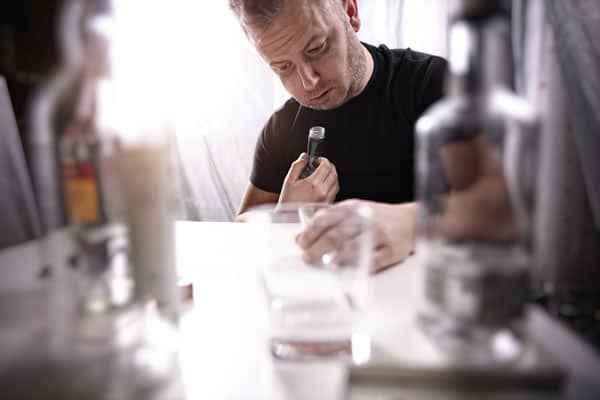 According to MedlinePlus, maintained by the U.S. National Library of Medicine, alcohol withdrawal symptoms may include:

Other symptoms may include: “sweating, clammy skin; enlarged (dilated) pupils; headache; insomnia (sleeping difficulty); loss of appetite; nausea and vomiting; pallor; rapid heart rate; (and) tremor of the hands or other body parts.”

In severe cases of alcohol withdrawal, the most dangerous symptom is known ad delirium tremens, or DTs. According to Harvard Health Blog, it can occur in “about 1 out of every 20 people who have withdrawal symptoms” and is caused when “the brain is not able to smoothly readjust its chemistry after alcohol is stopped. This creates a state of temporary confusion and leads to dangerous changes in the way your brain regulates your circulation and breathing. The body’s vital signs such as your heart rate or blood pressure can change dramatically or unpredictably, creating a risk of heart attack, stroke or death.”

Again, it bears repeating: According to a 1998 study published in Alcohol Health and Research World, “about five percent of the patients who experience DT’s die from metabolic or cardiovascular complications, trauma, or infections.” If 1 out of every 20 people who go through alcohol withdrawal suffer DTs, then 1 out of every 20 of those people will die from them.

That, more than anything else, is why it’s critical for alcohol withdrawal to be managed in a safe, medically supervised detox setting, preferably at a drug and alcohol treatment center where trained clinical and medical staff members can monitor your vitals and make sure your risk factors are under control.

While it’s possible to detox yourself from alcohol at home, it’s also not advised, because of that risk. The best thing to do, if you’re asking how long does it take for alcohol withdrawal symptoms to start, is to get yourself to such a facility as soon as possible.

What Is the Timeline for Alcohol Withdrawal Symptoms?

So How Long Does It Take for Alcohol Withdrawal Symptoms to Start? 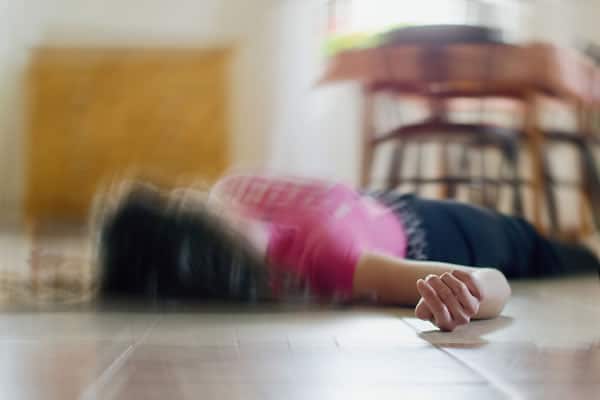 The inexact nature of alcoholism, a.k.a. alcohol use disorder, makes it difficult to put a specific time frame to the question, “how long does it take for alcohol withdrawal symptoms to start?” Researchers for the medical education database StatPearls, in an article about alcohol withdrawal, put it this way: “Mild signs/symptoms can arise within six hours of alcohol cessation. If symptoms do not progress to more severe symptoms within 24 to 48 hours, the patient will likely recover. However, the time to presentation and range of symptoms can vary greatly depending on the patient, their duration of alcohol dependence, and the volume typically ingested.”

It's also important to note, according to the American Association of Family Physicians (AAFP), that alcohol detox can begin even if the individual has a measurable blood alcohol content — meaning that if you drink so much that your body has become accustomed to a certain threshold of alcohol, falling below that threshold can precipitate the beginnings of withdrawal: “Minor withdrawal symptoms can occur while the patient still has a measurable blood alcohol level. These symptoms may include insomnia, mild anxiety, and tremulousness.”

And, the AAFP adds, the more times you’ve undergone alcohol withdrawal, the worse your subsequent withdrawal symptoms might be: “Withdrawal seizures are more common in patients who have a history of multiple episodes of detoxification.”

In short: Alcohol detox can be unpleasant, but it can also be life-threatening. The symptoms can begin before you’ve even completely sobered up. And it’s a process that’s best accomplished under the care of medical experts who can make sure your system is safely regulated back to normal. Rather than asking, “How long does it take for alcohol withdrawal symptoms to start?,” consider asking how you can be kept medically safe and as comfortable as possible when they do.