Not just to East Tennessee, where she built a life, but to the place that gave her that life: Cornerstone of Recovery, where she’ll be one of the featured speakers for the 29th Annual Alumni Reunion and sign copies of her inspirational book, “Word.”

Even the book, she says, was inspired during her time at Cornerstone — as a patient, as a volunteer and as an employee. Although she’s currently laying her head in Minnesota, she’s considering a move back to Tennessee this fall, and the annual Cornerstone homecoming, set for Aug. 31 and Sept. 1, is a means of doing some advance work before her potential relocation.

“I like to say I’m just up here in Minnesota doing business, away on a little sabbatical!” she says with a laugh. “I made a life in Knoxville, and I found a home at Cornerstone. All my friends are there, and I can’t wait to move back home.”

A bottom with a trap door 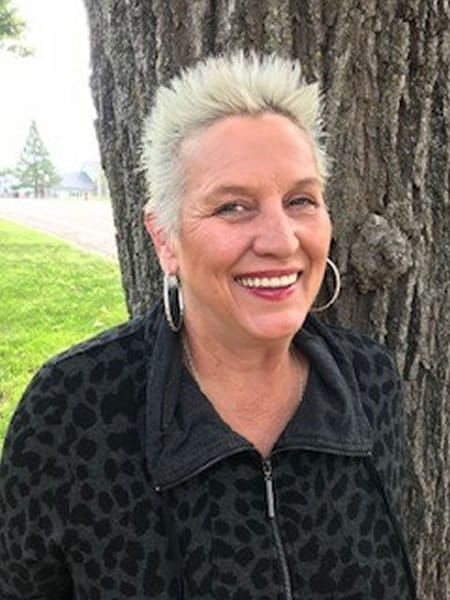 Her enthusiasm is a far different emotional animal than those that clawed at her wounded soul a decade ago, when she came through the doors of Cornerstone broken and defeated. She had achieved several years of sobriety, but a relapse cost her everything, from an academic career in the treatment field to a job as a flight attendant. More than anything else, she says, it crushed her spirit.

“I had 17 years and lost that sobriety, so the shame of that on top of the relapse was horrific,” she says. “But the people at Cornerstone just opened their arms to me and accepted me. I was not even well enough to comprehend what they were saying to me or understand things like Schemas, but I knew that they loved me. I was in there for a year, and it was the most amazing experience of my life.”

She rattles off a list of individuals to which she’s profoundly grateful, too many to name, and remembers a particular conversation with Mickey Kirby, who gently broke the news after she’d been at Cornerstone for a year: It was time to go.

“I was so shocked when he told me it was time to leave, but they knew that I had to, that I had to go out on my own and put into practice the things they taught me,” she says. “I left, but I stayed in the Knoxville area, and I came back after two years when Anne (Young) offered me a job as a house parent. I was a volunteer at first, and after three years, I got on the payroll as a van driver — a ‘transportation specialist,’ they called it.”

As she grew in recovery, she began to rediscover the things that had made her life fulfilling before they had been stolen by alcohol and drugs. It was during an Alumni Reunion weekend a few years ago, in fact, that she found her calling as a writer. While directing parking in the lower lot of the main campus at 4726 Airport Highway in Louisville — where the reunion will again take place this year — she struck up a conversation with a patient volunteer who happened to be a physician.

“All of the sudden, it was like the light came on, and I realized who I was academically,” she says. “I was in my element, talking with a colleague, and I realized I was more than just a recovering addict. With this realization, I started to get restless, and I wanted to do something more.”

A subsequent fishing trip with a friend sharpened her perspective: As she groused about her restlessness, a friend took her to task.

“He said, ‘If you don’t like your life, shut up or change it! Do something!’” she says. “The way he said that — to quit whining and take responsibility, delivered in a fishing-buddy kind of a way, made me want to go home and do something different. So I prayed about it.” 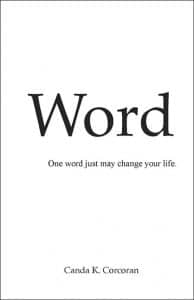 At first, the answer she received was one she was uncertain about: Write a book, her Higher Power whispered.

The result is “Word,” is a stunningly simple concept: a single word meditation “designed to teach the reader how to quiet the mind by focusing on a single word of the day. With practice, this single word meditation is further designed to help the reader strengthen their ability to listen to their inner voice.” She encourages potential readers to begin by finding the word of their birth dates, and to ruminate on that word throughout that day. In intangible and incremental moments of serendipity, the words find their way into conversations and encounters, and the result is a profound reveal of spiritual circumstances.

It’s a direct reflection of the lessons she learned during her time at Cornerstone, where she found a restoration of the spirit that she hopes “Word” can provide as well.

“When I hit my bottom, my bottom had a trap door, and I went through that to hit another bottom,” she says. “With the love and the help of the staff at Cornerstone, they just loved me well. I had nowhere to go and nowhere to turn to; I had burned every bridge, and Cornerstone helped me get my life back. Today, the Promises have come true in my life beyond whatever I could have imagined.

“I can’t even describe the beauty. At Cornerstone, they taught me that no matter what would happen out here in the world, that I could stay sober through it. I could take risks, because I knew that if something goes through, Cornerstone was my safety net. I could always go back home, and they would be there to support me. Do you know how much freedom there is in that?

“God has just opened doors, and people have just come into my life and things have just happened for me in such an amazing way that in my wildest dreams, I never would have dreamed that things could go as beautifully,” she adds. “Cornerstone told me that, but I couldn’t imagine it until it happened.”