In the Land of the Sky, it may seem like beer flows from the taps of every home and restaurant, and that it’s impossible to live a sober lifestyle because of such abundance.

Needless to say, the prevalence of alcohol leads many individuals to seek alcoholism treatment in Asheville ; after all, according to a 2017 article by the Citizen- 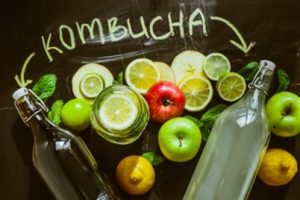 Times newspaper, there are 26 craft breweries in Asheville alone, and 60 in the Western North Carolina region. In addition, the number of liquor distilleries in

the Asheville region more than tripled between 2015 and 2017, only adding to the ocean of booze that can serve as a death sentence for struggling alcoholics.

But there’s an alternative drink scene in Asheville that makes it hip to be sober these days. It may be called “Beer City USA” and a focal point of both craft cocktails and a growing wine culture, but there are a number of alternatives for non-drinkers who crave something beyond soda and water:

When you take into consideration the number of coffee houses throughout the region as well, it’s clear that alcohol isn’t the only beverage to please your palate – and none of these alternatives will leave those predisposed to a substance abuse problem seeking alcoholism treatment in Asheville.