Perhaps you’re struggling with a drug problem, or maybe you’re a family member concerned about a loved one’s substance use, or maybe you’ve just stumbled on this page by accident, but you all want to know the same thing: how rehab helps drug addicts.

For the uninitiated, it may seem like a lost cause: Seven years ago, a study by the Johns Hopkins Bloomberg School of Public Health revealed that “people are significantly more likely to have negative attitudes toward those suffering from drug addiction than those with mental illness, and don’t support insurance, housing, and employment policies that benefit those dependent on drugs.”

And while stigma around diseases like HIV and mental illness have subsided in recent years, Dr. Nora Volkow, writing for the National Institute on Drug Abuse, pointed out that “little progress has been made in removing the stigma around substance use disorders. People with addiction continue to be blamed for their disease. Even though medicine long ago reached a consensus that addiction is a complex brain disorder with behavioral components, the public and even many in healthcare and the justice system continue to view it as a result of moral weakness and flawed character.”

Granted, much of that stigma is born of ignorance, and in some cases the pain that addicts cause to those who love them. If you’re one of those individuals — a parent or spouse or child or other loved one who’s been lied to or stolen from, who’s been victimized and hurt emotionally and possibly even physically, you may be at the end of your rope, and you want to know how rehab helps drug addicts when nothing else has seemed to. 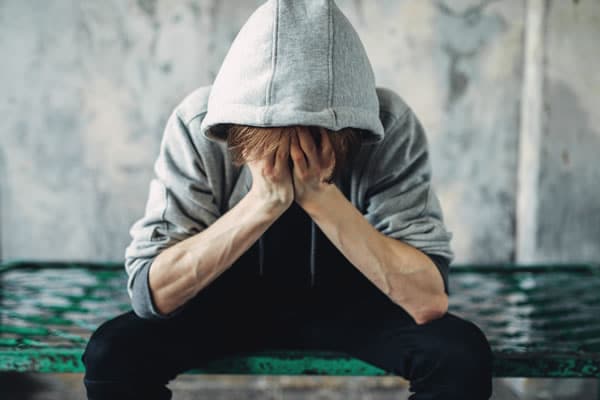 First of all, if you’re wondering how rehab helps drug addicts but you don’t really think it can — or at the very least, you don’t know if it will — know this: You’re not alone. A great many family members and loved ones … and even the addicts themselves … feel the same way before coming to treatment. After all, how many times has the addict in your life sworn to stop using or to change?

If only it were that easy. As research scientist Adam C. Brooks wrote for CNN almost a decade ago, “Brain imaging has shown us that drugs and alcohol work powerfully on the dopamine system, the reward-driven learning center, by stimulating pleasure that cannot be matched in normal human experience. This brain jolt results in a compelling desire in a person to repeat an experience, which then leads to signs of addiction: loss of control over use or the inability to temper use once started. If a person has untreated mental illness such as depression or anxiety, this effect can be greater. Once someone has become addicted to a substance, there are significant changes in brain functioning. Even after three to six months of sobriety, the brain is susceptible to relapses. For these reasons, punishments are rarely effective by themselves in reducing addiction.”

In other words, it’s not just that those addicted to drugs are lying when they swear to change: Most of them mean it, every single time they say it, but their brains have been rewired by the substances to which they’re addicted. And the more they use, according to the NIDA, the more the cycle becomes self-perpetuating, to the point that other things in life that bring pleasure and satisfaction pale in comparison: “For the brain, the difference between normal rewards and drug rewards can be likened to the difference between someone whispering into your ear and someone shouting into a microphone. Just as we turn down the volume on a radio that is too loud, the brain of someone who misuses drugs adjusts by producing fewer neurotransmitters in the reward circuit, or by reducing the number of receptors that can receive signals. As a result, the person's ability to experience pleasure from naturally rewarding (i.e., reinforcing) activities is also reduced.

“This is why a person who misuses drugs eventually feels flat, without motivation, lifeless, and/or depressed, and is unable to enjoy things that were previously pleasurable. Now, the person needs to keep taking drugs to experience even a normal level of reward — which only makes the problem worse, like a vicious cycle.”

Addiction, say the vast majority of scientists and medical professionals, is a disease with biological underpinnings indicated by these changes in the brain. It’s not a failure of willpower or character; it’s an illness … and like other illnesses, it can be treated. Regardless of how the individual feels about himself or herself, or how their loved ones feel because of the pain they’ve experienced, there is help available. What matters, according to the American Psychiatric Association, is that “the first step is recognition of the problem.” 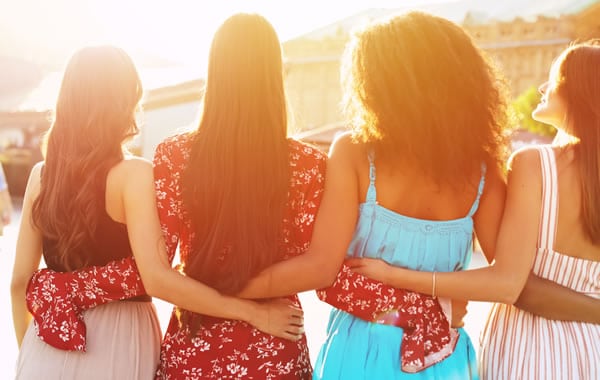 If you’ve made it this far, and you’re still wondering how rehab helps drug addicts, here’s some hope for you, courtesy of the NIDA: “addiction is a treatable disorder. Research on the science of addiction and the treatment of substance use disorders has led to the development of research-based methods that help people to stop using drugs and resume productive lives, also known as being in recovery.”

The best part, according to TN Recovery Navigator Josh Floyd, writing for the Daily News Journal of Mufreesboro, Tennessee, is that for the addicts themselves, “the beautiful part of recovery is that it allows for a rebirth of peace, passion and productivity.”

What’s more: Acknowledging and accepting that addiction is an illness does not, in any way, give addicts in recovery a “get-out-of-consequences-free” card, Floyd continues: “Does recovery erase all wrongs and paint a white canvas? Absolutely not, nor is it designed to. However, all types of recovery encourage anyone engaged in this process to eagerly seek to inform, educate and inspire hope in the lives of sick and suffering addicts, as well as the rest of the human race.”

Many rehab programs are built on a 12 Step model of recovery, meaning that the sobriety program as conceived in Alcoholics Anonymous, way back in the 1930s, is the basis for much of treatment. While many facilities were once solely based around the 12 Steps, as advances in addiction science have progressed, there’s been a transition — at least on the part of successful rehab programs — to incorporate a great deal of evidence-based therapy into the treatment protocol.

What does that mean for how rehab helps drug addicts? It means that 12 Step facilitation — still a successful foundation stone for millions in recovery — is well and good, but that therapies proven success in the field of psychology give those in treatment the best chance at long-term success. According to the NIDA, “Behavioral therapies help people in drug addiction treatment modify their attitudes and behaviors related to drug use. As a result, patients are able to handle stressful situations and various triggers that might cause” a relapse back into the use of drugs. 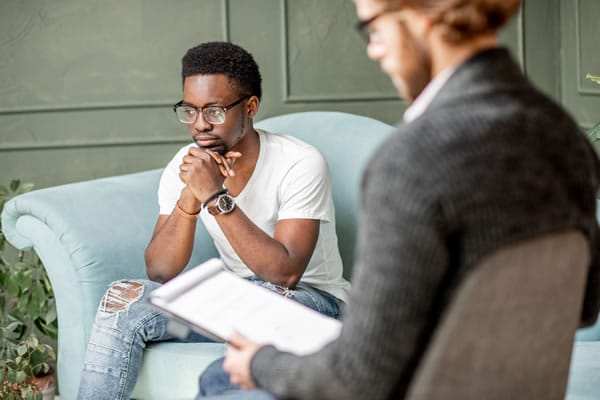 What are some of those behavioral therapies? Family therapy, for one, can make a huge difference for loved ones as well as the addicts themselves. Because those addicted to drugs cause so much pain and damage to those who care about them the most, the healing process must extend to those individuals, not only to repair the family dynamic but to build a support system for the recovering addict after treatment.

There are numerous other forms of therapy that a reputable drug and alcohol treatment center might include, each of which is designed to help those struggling with a drug problem undo the biological changes in the brain caused by addictive drug use and replace the associated habits with healthier coping mechanisms. 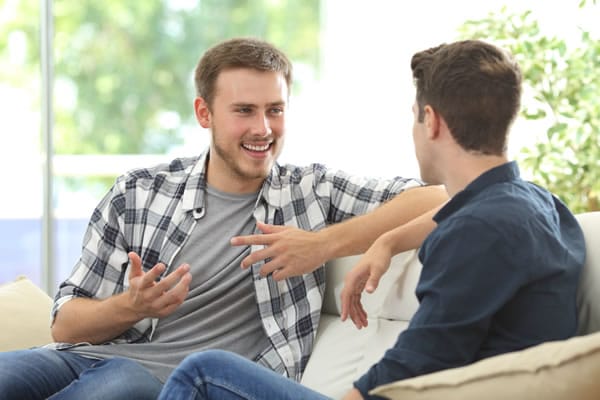 In asking how rehab helps drug addicts, the real question those posing it want to know is: Does rehab work? Will it “fix” the patient?

The answer is a lot more complicated than a simple “yes” or “no.” As the NIDA points out, “Like other chronic diseases such as heart disease or asthma, treatment for drug addiction usually isn't a cure. But addiction can be managed successfully. Treatment enables people to counteract addiction's disruptive effects on their brain and behavior and regain control of their lives.”

But even the idea of “treatment” can’t be viewed as a linear process. As far back as 1990, researchers recognized that “the average profiles of clients admitted to the major (treatment) modalities are quite different. Both treatment seekers and treatment programs engage in a great deal of individual selection into which many factors enter … the typical demographic and drug-taking patterns of the different modalities populations (a reflection of who stays in treatment from among those who are admitted) are quite distinctive. As a result, one cannot simply compare the performance or results of each modality with the others as if their client populations were interchangeable.”

A lot has changed in 30 years, however, and today, the NIDA reports that “according to research that tracks individuals in treatment over extended periods, most people who get into and remain in treatment stop using drugs, decrease their criminal activity, and improve their occupational, social, and psychological functioning.” But, the organization cautions, because of the “chronic” nature of addiction, a relapse — meaning a return to drug use — doesn’t mean that treatment has failed. Hypertension and diabetes are both examples of chronic conditions that must be monitored and cared for regularly, and patients with those conditions who “relapse” aren’t considered “failures,” so why should addiction be any different?

“Successful treatment for addiction typically requires continual evaluation and modification as appropriate, similar to the approach taken for other chronic diseases,” according to the NIDA. “For example, when a patient is receiving active treatment for hypertension and symptoms decrease, treatment is deemed successful, even though symptoms may recur when treatment is discontinued. For the addicted individual, lapses to drug abuse do not indicate failure — rather, they signify that treatment needs to be reinstated or adjusted, or that alternate treatment is needed.”

This may not be much consolation for individuals wanting a definitive, black-and-white explanation of how rehab helps drug addicts, but know this: It can. It often does. But the most important thing to acknowledge is that doing nothing … that is, avoiding rehab or thinking it doesn’t work … is a virtual guarantee of continued misery for all parties involved.