If you’re looking for a foolproof way to spend a sober St. Patrick’s Day, there’s a simple solution:

It's understandable however that when you’re newly sober that's easier said than done, especially when days like March 17 can be triggering because you’ve always spent them with a drink in hand. Of course you don’t want to drink — but you also want to figure out ways to spend a sober St. Patrick’s Day without holding onto your sobriety for dear life.

First things first: relax. You’ve got this. Remember that now that you’re sober, drinking is a choice, and as difficult as that choice may be, you can choose not to drink. But while you’re making that choice, there are also plans you can make to keep yourself busy, and even have fun … without the hangovers and regrets that always awaited you the next morning. 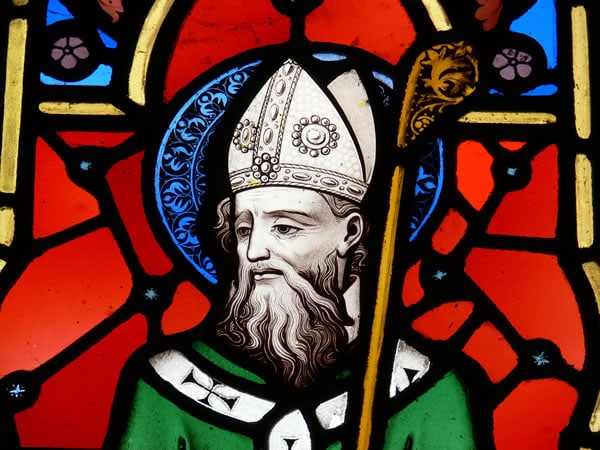 According to the website Britannica, “Saint Patrick’s Day (is) feast day (March 17) of St. Patrick, patron saint of Ireland. Born in Roman Britain in the late 4th century, he was kidnapped at the age of 16 and taken to Ireland as a slave. He escaped but returned about 432 to convert the Irish to Christianity. By the time of his death on March 17, 461, he had established monasteries, churches, and schools.”

While a number of legends sprang up around him — that he drove all of the snakes from Ireland, for example, or explained the concept of the Holy Trinity using the three-leaf clover — it’s not always easy to separate fact from fiction. According to Time magazine, “Legend says St. Patrick was actually born Maewyn Succat, but that he changed his name to Patricius (or Patrick), which derives from the Latin term for ‘father figure,’ after he became a priest. And that supposed luck of his is the root of all the themed merchandise for modern St. Patrick’s Day.”

By the 1720s, the Catholic Church sought to remind its followers that the feast day was actually a sacred one instead of the “day off from the prescriptions of abstinence leading up to Easter” during the Lent season, Time reports, but in America, it remained associated with celebration: the first New York City St. Patrick’s Day parade took place in 1762, and in 1798, during the Irish Rebellion, the color most closely associated with the day changed from blue to green.

By the late 20th century, St. Patrick’s Day celebrations were held everywhere from Chicago, where the Chicago River was first dyed green in 1962, to cities and towns throughout the country — most of them closely associated with alcohol consumption. According to the website WalletHub, St. Patrick’s Day is the third most popular drinking holiday in the country, 13 million pints of Guinness will be poured and the average person consumes 4.2 drinks each March 17. 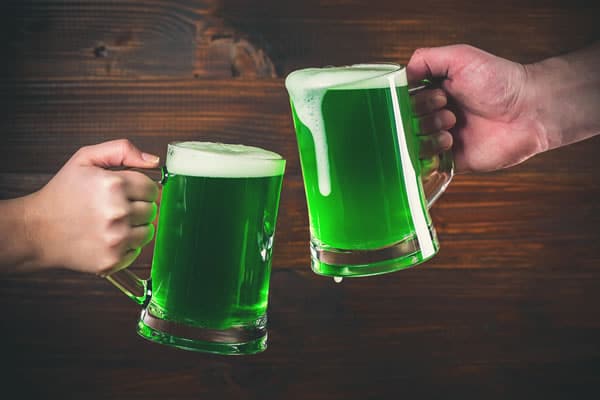 So how did St. Patrick’s Day turn into a celebration of inebriation? According to Reader’s Digest, “Essentially, drinking on St. Patrick’s Day was the result of two combining forces: the day of reprieve from Lenten fasting and the indulgence of partying and celebration. Today, it has become a part of secular culture and a popular tradition, one often celebrated with green beer or Irish whiskey.”

Blogger Kelly Fitzgerald Junco, a.k.a. the “Sober Senorita,” points out that this was a distinctly American tradition — after all, until the 1970s, Irish laws kept pubs and taverns in the Old Country closed on St. Patrick’s Day, although once those were loosened, the Irish government took advantage of burgeoning international interest in the holiday to drive tourism. It was in America, however, that it became a reason to get hammered, Junco writes: “Nowadays, it is common for everyone to celebrate St. Patrick's Day whether they're of Irish decent or not, and surely if you're an alcoholic. As is the case with many American things, we've taken the holiday to the extreme, mainly with the marketing of booze.”

And as with all things alcohol-related that are taken to the extreme, a non sober St. Patrick’s Day carries with it unintended consequences. According to the Community Anti-Drug Coalitions of America, “Every 46 minutes an alcohol-related accident claims a life on St. Patrick’s Day. Approximately 276 people died in drunk-driving accidents on St. Patrick’s weekends between 2009 – 2013. During the holiday, 75 percent of fatal car crashes involve a driver two times over the legal drinking limit.”

But even those who think they’re playing it safe by getting a designated driver or using Lyft/Uber aren’t off the hook. Sara Bellum, writing for the National Institute on Drug Abuse, points out the very real dangers of binge drinking, which while not overtly encouraged seems at least tacitly condoned, with drink and shot specials throughout the day at many establishments participating in St. Patrick’s Day celebrations.

“While downing pints of green beer may be a St. Patrick’s Day tradition for some, it’s really not a good one for your brain,” Bellum writes. “Research shows that binge drinking damages the brain, even if you do it only once in a while. Young people are at special risk, since their brains are still developing — growing and making new connections until their mid-20s. Binge drinking can lead to alcohol poisoning and also affects the frontal cortex, an area involved with judgment, thinking, memory, and feeling.” 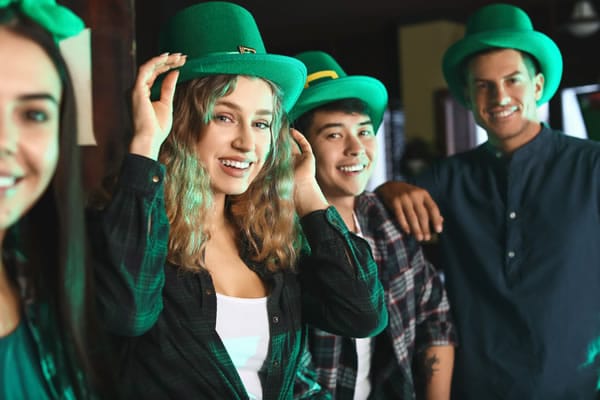 In response to the growing number of motor vehicle accidents around St. Patrick’s Day, the National Highway Traffic Safety Administration began encouraging sobriety on March 17 back in 2011, with the “Kiss Me, I’m Sober” campaign. While there’s still plenty of revelry to go around, a great many organizations have since put together sober St. Patrick’s Day events around the country and even abroad. In fact, also in 2011, the Sober St. Patrick’s Day Foundation was established, the mission of which is "To reclaim the true spirit of St. Patrick's Day by changing the perception ​and experience from an occasion for binge drinking and other misuse of alcohol to a celebration of the richness of Irish culture and the legacy of St. Patrick."​

The organization has put together a virtual event this year, scheduled to take place at 4 p.m. EST (8 p.m. in Ireland) online, the details of which can be found on the organization’s website. If you’re keen to celebrate St. Patrick’s Day because of your Irish heritage, it’s an excellent way to do so, and it will feature a lineup of Irish musicians, dancers and comedians.

However, if you’re just looking for an outlet to provide you with something to do when the rest of the world seems to be imbibing, there are plenty to choose from. In fact, writer Irina Gonzalez, writing for the website The Temper, polled followers on Instagram for sober St. Patrick’s Day alternatives, and many of the suggestions were aimed at capturing the spirit of the holiday while maintaining recovery:

There’s not wrong way to not drink green beer, Gonzalez adds, which only reinforces Junco’s point: “If I've learned one thing, it's that you don't have to be on a bar crawl or slamming down Irish car bombs to prove you're Irish. There's nothing attractive or intelligent about drinking holidays … you're not missing out, I promise you that. You should be grateful you aren't out embarrassing yourself, blacking out, and creating a huge hangover like thousands of people will be doing.”

When viewed through that lens, it should be pretty easy to celebrate a sober St. Patrick’s Day — and feel great on March 18.