To be fair to his peers in the clinical side of Cornerstone of Recovery, where Curtis Trotter (as he’s officially known) works as a counselor in the Newcomers Program, it’s not magic so much as it’s his personal style. His sense of humor in the “bullpen,” where the Cornerstone clinical team operates when its members aren’t leading groups or working with patients, earns him a good deal of groans and eye rolls, because Curtis T. can deliver the dad jokes like no other.

On the smoking patio outside of the Caldwell Building, where patients break from treatment groups to get their nicotine fix, his Southern drawl and effervescent demeanor earn him hugs (before COVID-19, anyway) and fist bumps from patients of all walks of life, from the inner cities of the Midwest and Northeast to the country boys from the same East Tennessee hills and hollers that he hails from.

But then there’s the Curtis T. who embodies the spirit of what Cornerstone truly is: A place where broken people come to get better. He’s at home here, because he’s found recovery from his own brokenness, and paying it forward is a higher calling that gives him rewards beyond anything tangible that lines his wallet.

“I don’t work — I serve. I clock in every day to serve,” he says. “When I tell people that, they ask me what restaurant I work at, but I tell them no — I clock in and hang around brokenness all day long, just like I am.

“And I drive home at night with a smile on my face, usually in prayer, thanking God for the miracles he’s shown me that day. I’ve never taken a drink serving someone else.” 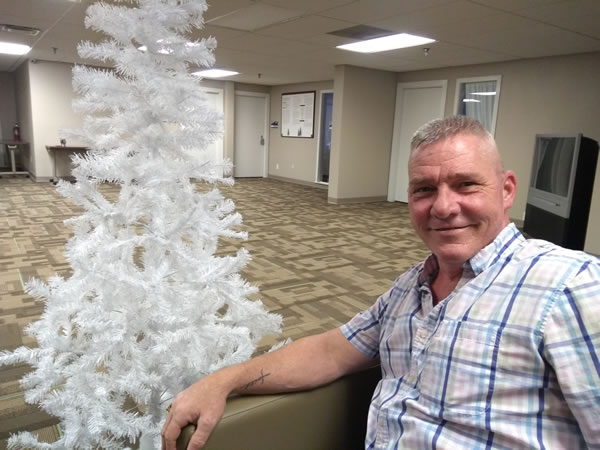 And when he returns home, he’s reminded that he, too, is a miracle. It was 11 years ago this week that Curtis Trotter got sober, after his wife, Dianna (“Princess Di!” he says with a grin) had a come-to-Jesus conversation with her mother, Shirley. Shirley gave Dianna the truth about her husband, to whom she’d been married for 10 years at the time, and Dianna put her foot down.

“She said, ‘Dianna, this man’s going to kill you emotionally, financially and spiritually,’ and she listened to her mother and stopped enabling me,” Curtis says. “Once Dianna finally had the nerve to tell me what her mother said, I got mad at the mother for taking my wife away. But what I didn’t see was her daughter getting hurt. I only saw my wife.

“It took my sponsor telling me that if I didn’t let go of that resentment, I was going to take a drink. He said to me, ‘How long have you been hurting her daughter? Not your wife, but her daughter?’ And man, that made me feel this small, because it had been 10 years. And he said, ‘What makes you think you can come in here in 10 months and clean everything up? You go in there to your mother-in-law’s house, and no matter what she says, you smile and set the table.”

But first, he had to make things right with his wife. It wasn’t easy, but for the first several months, he held fast to something his pastor, Kermit McPeek, said when the couple sought spiritual guidance on his second day sober: “Guys, we’ve got a lot of work to do.” Curtis was willing to do that work in order to not just save his marriage, but save his life. He started journaling daily — a practice that he continues, each and every day. Yesterday’s entry made No. 4,021.

“I can look back and tell you what I’ve done — the bitterness, anger, pain and hurt in the first 30 days, and then I start seeing stuff at six months as it was getting better. And then at nine months, it was even better,” he said. “It’s all timestamped. I have collected 4,021 miracles on paper. There are dates I put in there that no one is going to take from me unless I take a drink and lose it, and I won’t do that today. I won’t.”

One of those most precious dates: Dec. 24, 2010. He was at his mother-in-law’s house, setting the table, when she asked him for a favor.

“She said, ‘Curtis, can you say grace this year? Because you’ve got a lot to be thankful for,’” he recalls. “She put her arms around me, and I just lost it.”

If any day rivals that one in terms of the special place it holds in Curtis T.’s heart, Dec. 19 of last year might be it, he adds. His wedding anniversary is on Dec. 18, you see, but on Dec. 19, 2019, they celebrated two decades and one day together.

“I could say that I had been married to her longer sober than I was drinking,” he says with a grin. 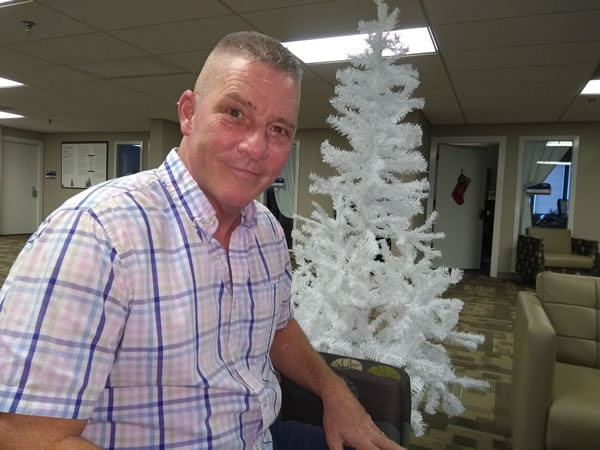 Today, he puts his arms around others. When the men in his groups lose their composure because the pain they carry wells up from deep within, he thanks them for their tears. When a patient can’t look him in the eyes, he gently reminds them they don’t ever have to hang their heads again.

He got his start working in the field at English Mountain, where a couple of mentors — David Cunningham and David Vincent — gave him a chance “when nobody else would,” he said. There, he became enamored with the intricacies of the treatment process and knew he had found his calling. He started an addiction ministry at his house of worship, The Crossing Church in Kodak, which before COVID was feeding and ministering to more than 100 people weekly — and has featured some of his Cornerstone coworkers, like Bill Lee.

He also worked toward becoming a Certified Peer Recovery Specialist, a certification he obtained five years ago.

After 8 ½ years at English Mountain, changes at the facility sent him looking elsewhere, and one night he answered a job posting at Cornerstone of Recovery. A few hours later, he was asked to come in for an interview. Less than a week later, he got a call back. On Oct. 26, 2019, he stepped foot onto the campus of Cornerstone of Recovery as an employee, and he’s never looked back.

“This place is a refuge that God has his hand on,” he says. “As workers, we’re just His hands and feet. We take these patients and love them into recovery, because once He brings them to us, it’s up to us to say, ‘Hey, now it’s your turn — go and tell somebody else.’”

Every morning on the drive to work from Sevier County, he spends his commute in quite communion with his Higher Power, he adds, asking God to “put someone in my life to use me for His will and not my own.” And every day, those prayers are answered. Sometimes, it’s a coworker who needs his kind heart and empathetic ear. Others, it’s a young patient who brings Curtis to tears by thanking him for hugs that he never got as a child. Other times, it’s walking out of work in the evenings and pausing as the sun sets behind the Hood Hall residence tower, hearing the birds in the trees and the wind through the branches, and believing without a shadow of a doubt that this place, this family, is blessed.

“The sign as you leave campus talks about how the stone once rejected as become the Cornerstone, and that’s the way I see it,” he says. “These patients, they’re ambassadors for us. It’s up to me and you to make them ambassadors, but if you think about it, they leave here and go all over the country. They take what we give them, what we want for them, and they spread that message. And that’s powerful, man.”