Like the college drinking culture, drug use on college campuses exists in that gray area between outright disapproval and tacit acknowledgement of it as a rite of passage.

Since incoming freshmen first left home to attend school away from the watchful eyes of parents and guardians, college dormitories, Greek residences and off-campus apartments have developed reputations — sometimes deservedly so — as places of hedonistic revelry. As the nonprofit organization Students for a Sensible Drug Policy points out [1], “Every weekend across the U.S., 21 million college students make choices about how they are going to party. Will it be a sober night, or will they choose to consume alcohol or another drug of unknown origin, potency, or composition regardless of rules or prohibitions against doing so? Based on government data about drug use, we can conservatively estimate that, each month, 12 million students choose to consume alcohol, 4 million choose to use marijuana, and another 4 million will choose another drug.”

In other words, more than half of all college students choose to partake in mind- or mood-altering substances … and those decisions are sometimes accompanied by long-lasting and occasionally disastrous consequences. Educators and administrators often find themselves in a conundrum: How do they address the problems of drug use on college campuses without taking draconian measures that go against decades of tradition and infringe on individual choice?

To begin to explore solutions, however, the problem needs to be thoroughly explored. Let’s dive in.

Drug Use on College Campuses: What Do the Numbers Tell Us? 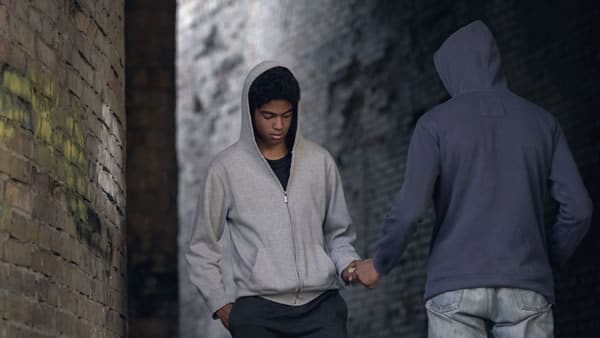 A number of surveys, studies and reports are conducted regularly to assess the toll that drug use on college campuses takes on a student population. What do they tell us?

According to the 2018 College Prescription Drug Study (“a multi-institutional survey of undergraduate, graduate and professional students”), conducted by Ohio State University [2]:

The fall 2020 executive summary of the American College Health Association’s National College Health Assessment surveyed more than 13,000 college students. Of the almost 2,000 respondents who indicated drug use in the previous three months [3]: 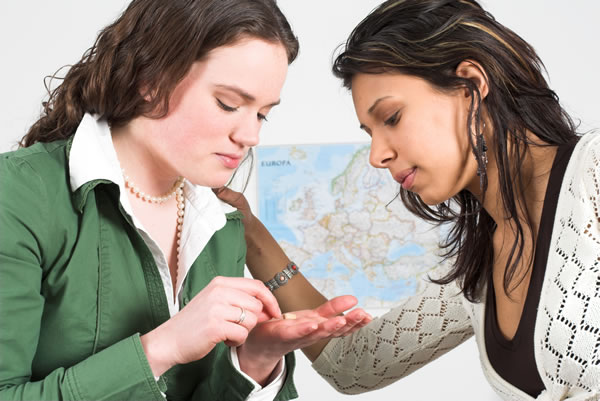 The 2019 Monitoring the Future Survey [4], funded by the National Institute on Drug Abuse (NIDA) and conducted by researchers at the University of Michigan-Ann Arbor, revealed:

The NCAA National Study on Substance Use Habits of College-Student Athletes, most recently released in 2018 [5], found that:

The 2019 National Survey on Drug Use and Health (NSDUH) [6], conducted by the U.S. Substance Abuse and Mental Health Services Administration (SAMHSA) revealed a number of data points about first-time drug use among college-age students 18-25:

But for the purposes of truly gauging the problem of drug use on college campuses, one statistic from the NSDUH stands out as troubling: the perceived risk of substance use by young adults ages 18-25 has fallen — slightly in some cases, but down nevertheless — across a range of substances: “Perceived great risk of harm from smoking marijuana weekly declined from 19.1 percent in 2015 to 15.0 percent in 2019. Perceptions of great risk of harm from substance use among young adults declined slightly from 2015 to 2019 for … weekly cocaine use (from 84.3 to 82.6 percent), and weekly heroin use (from 94.0 to 93.3 percent).”

Drug Use on College Campuses: A ‘Drugopedia’

Alcohol is a no-brainer as the top substance when it comes to drug use on college campuses, followed closely by marijuana. (In fact, those two drugs are of enough concern that they deserve their own sections, which can be found here and here.)

However, there’s a host of chemicals that have found a niche use among college students, including: 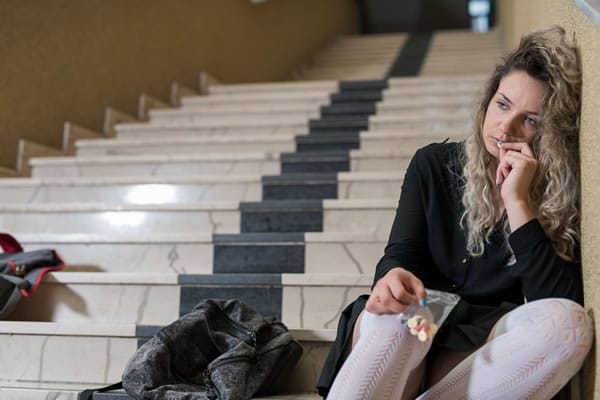 There’s always more, but for the purposes of this particular “drugopedia” detailing the data and specific substances of drug use on college campuses, these are the ones that show up in most surveys and polls. As previously mentioned, methamphetamine use and heroin use are negligible among college students, but they’re both substances that can’t be discounted, and you can find out more about them in our other writings on both drugs that detail the signs an individual may have a problem with meth or have a problem with heroin.

And it’s paramount to note that a drug problem doesn’t equate to addiction … but by the same token, all addictions start out as a drug problem. No one “plans” on becoming addicted to a particular substance, and as one particular landmark paper published in 2018 pointed out, many individuals who experiment in college, even to the point of developing a problem, don’t necessarily wind up as addicts or alcoholics … but by the same token, college becomes a laboratory for those experiments: “With the exception of marijuana use, most individuals who ever used a drug during college began after college entry.”

That eight-year longitudinal study was published in the American Journal of Drug and Alcohol Abuse [69], and the findings were illuminating when it comes to the issue of drug use on college campuses: “While information on actual availability of drugs on college campuses is scarce, prior research has documented high levels of perceived availability of drugs and prescription medications for nonmedical use among college students and college-aged young adults. In addition, previous analyses of the current sample have found that opportunity to use drugs declines after college graduation, while use given opportunity remains relatively stable throughout the college and post-college years. Taken together, these findings suggest that trends in drug use prevalence are strongly associated with changes in opportunity and availability, providing a possible environmental explanation for the relatively higher prevalence estimates of substance use during the college years as compared with the later years of the study.”

In other words: When it comes to drugs on college campuses, it’s important to acknowledge that they’re there … that the likelihood they’ll be sampled, used or experimented with is high … and that for many individuals, those experiences will translate into continued use when those substances are readily available.

And for some, that turns into a habit, which can become an addiction, which necessitates recovery resources like effective treatment that are as plentiful and easy to find as the substances that cause them.