While there’s absolutely no shame in seeking help at a drug and alcohol treatment center, those who do sometimes express concern: Will rehab be on my record?

Unfortunately, there’s still a great deal of stigma associated with alcoholism and addiction, even among those who come to accept those terms for the problems that plague them. Furthermore, traditional 12 Step recovery programs like Alcoholics Anonymous and Narcotics Anonymous emphasize that their members maintain personal anonymity, so as not to have those programs associated with any one particular person.

Still others are concerned that an admission of a drug and alcohol problem, and the treatment for that problem, might jeopardize future employment opportunities. In light of those concerns, it’s understandable that some individuals who need help might be reluctant to seek it out if they feel it will be a permanent part of their social or vocational identity.

The good news for those asking, “Will rehab be on my record?,” is this: That’s entirely up to you.

Another Kind of Permanent Record 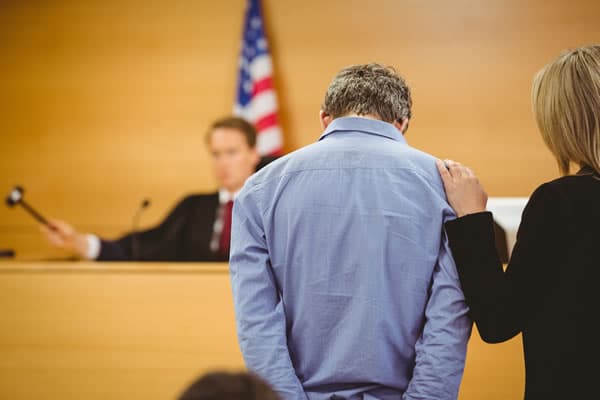 If you’re asking, “Will rehab be on my record?,” it’s important to keep in mind that while privacy laws ensure that in most cases it will not, there are other records to worry about when it comes to drugs and alcohol: Namely, legal ones.

According to the Centers for Disease Control, “In 2016, more than 1 million drivers were arrested for driving under the influence of alcohol or narcotics.” In addition, the Drug Policy Alliance reports that there were 1,654,282 arrests in 2018 for drug policy violations, including possession. Those arrest records, it turns out, can cast a long shadow.

As the Equal Employment Opportunity Commission outlines, potential employers can’t discriminate against someone with a criminal background, but “federal law does not prohibit employers from asking about your criminal history.” But even those protections are vague, the EEOC adds: Basically, employers can’t treat potential job candidates with similar criminal records differently based on race or other federal protections, and if “they do not help the employer accurately decide if the person is likely to be a responsible, reliable, or safe employee.”

However, as anyone with an arrest record knows, the language is vague enough, and laws vary enough from state to state, that there’s no ironclad protection for individuals who have been arrested and/or convicted. That sort of permanent record can prevent you from finding work, obtaining credit, applying for housing and any number of other things that will allow you to better yourself. And even if your record is expunged via the court system, the court of public opinion is an entirely different entity. Many local newspapers run arrest reports by local law enforcement agencies, in which the full names of arrested individuals are published. And over the past decade, an entire cottage industry has risen around the publication of mugshots in various tabloids with “Busted” in the title.

So if you’re wondering, “Will rehab be on my record?,” consider whether your permanent record is already blemished because you were arrested for alcohol- or drug-related charges … and if not, whether your continued use of those substances makes it more likely it eventually will be.

Will Rehab Be On My Record? Your Privacy Rights 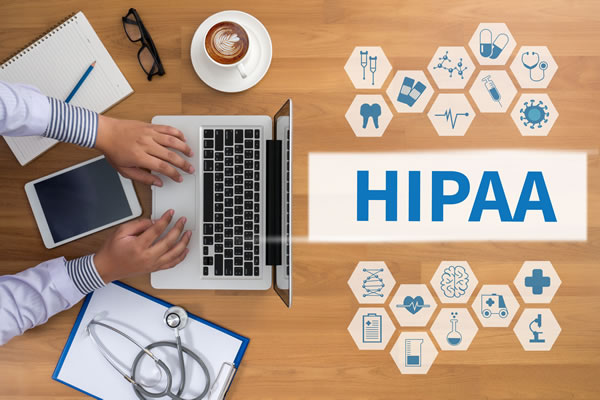 So you decide to get help for a drug and alcohol problem — is that public knowledge?

No. You’re certainly welcome to inform whomever you’d like about your decision to seek treatment, because — and we can’t stress this enough — confronting and deciding to deal with a problem is a courageous thing. But outside of self-disclosure, you’re protected by what’s known as HIPAA, or the Health Insurance Portability and Accountability Act.

First passed in 1996, this is a federal law that was originally meant to protect the continuation of health care coverage, but policy language included in the act also addressed privacy restrictions about the release of health care information. Today, HIPAA means that a drug and alcohol treatment center treats your medical records and other health information as sacrosanct — meaning we can’t disclose any information, period, without your explicit consent.

That goes for individuals you may want to play a role in the treatment process, such as a spouse or parents: HIPAA prevents facilities from even confirming you’re in treatment if you haven’t signed disclosure forms for those individuals. You’ll be asked to sign specific forms for each of these individuals as part of your intake paperwork, and you can also limit what information is shared — for example, you may want to acknowledge to concerned loved ones only that you’re in treatment, but prevent them from knowing anything else.

And during the treatment process, you may change your mind about the involvement of those individuals — at which point, you can withdraw your consent for the release of information, should you so choose. In addition, we’ll encourage you to sign release forms for other organizations and individuals — your insurance company, for example, or your primary care physician. Why, you may ask? Your insurance company, of course, wants to keep tabs on your progress so that they can continue to authorize payment for your treatment stay. And treatment providers often find that working with your other health care providers can make your treatment for a drug and alcohol problem more robust, giving you a greater chance of success.

HIPAA forms are active for up to two years, which can also serve a beneficial purpose after you leave treatment: For example, if you’ve been arrested and charged with a drug-related crime, completion of treatment may be a condition of your sentencing. Signing releases for court officials or probation officers allows treatment providers to release information to them that benefits you. Either way, you’re in the driver’s seat, and you’ll be the one who determines the answer to the question, “Will rehab be on my record?”

Will Rehab Be On My Record? What About My Job? 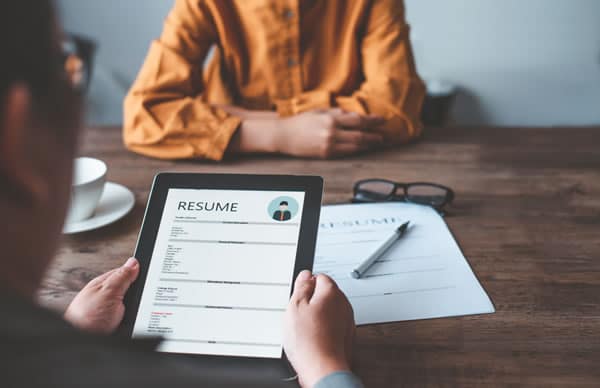 A great many employers recognize that addiction and alcoholism are legitimate illnesses, and they have Employee Assistance Programs in place to assist those individuals who report a problem. Even federal law recognizes that: According to the Americans With Disabilities Act, protections are in place for individuals “who are currently participating in a rehabilitation program and are no longer engaging in the illegal use of drugs,” and for those “who have been successfully rehabilitated and who are no longer engaged in the illegal use of drugs.”

However, it’s understandable that some individuals may want to go to treatment without their employer knowing. According to the hiring platform Recruiter.com, “Thanks to the Family and Medical Leave Act (FMLA) of 1993, employees don’t have to choose between going to treatment and keeping their jobs. The FMLA allows people to take a job-protected leave of up to 12 weeks for family and medical reasons, one of which can be drug or alcohol rehab.”

Many employees decline to divulge that they plan on going to rehab, according to the website, and there’s no obligation to do so: “You are not legally required to tell your employer the specifics of your condition … (y)ou can always request an unpaid leave of absence for personal medical or non-medical reasons — no further explanation needed. Alternatively, if you’ve accumulated enough vacation or sick days to cover your time in rehab, you can simply request the time off without needing to ask for medical leave.”

You can even contact your Employee Assistance Program and receive confidential help in finding a drug and alcohol treatment center that’s in network with your insurance, and according to EAP providers Mazzitti and Sullivan, that won’t be reported to your employer, either: “When employees voluntarily elect to use an EAP service, it is supposed to be entirely confidential. The system counts on that, because it is meant to allow employees to self-refer to counseling. EAPs are designed to help employees manage stressors before they become a major factor in workplace performance.”

However, it’s important to point out: Some of those privacy concerns go out the window if a drug and alcohol problem affects your job performance, or you fail a drug test while on the job. At that point, you may be mandated by your employer to take advantage of your EAP benefits, which may include a recommendation for drug and alcohol treatment. And because your performance on the job has been compromised, your employer will expect to keep track of your progress, so that when treatment is completed, they can clear you to return to work.

So What About After Rehab? 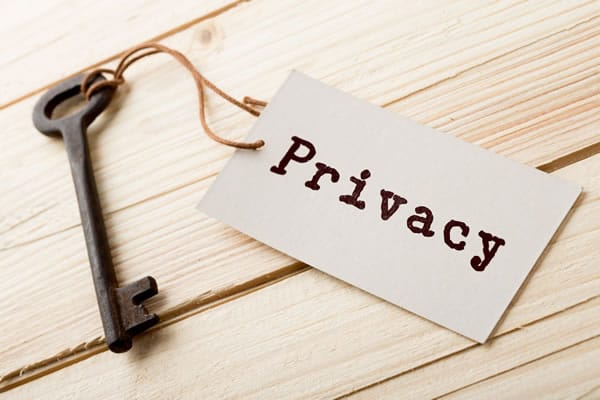 It’s important to understand that when you leave drug and alcohol treatment, whether or not you disclose that treatment to anyone is, once again, up to you. It’s a secret you can take to the grave, if you’d prefer, but there may be times it’s better to divulge that information. For example, according to the career website Careercast.com, those times may include when individuals have:

If those situations arise, they need to be considered carefully in light of your present circumstances. According to a 2012 study in the Journal of Addictive Diseases, obtaining employment after treatment is associated with lower rates of relapse and positive treatment outcomes, and to get a job that will do that, applicants who have been to treatment may need to explain why their work record is sketchy, or why they’re of a certain age and applying for a traditionally entry-level position.

What they often find, as Careercast.com points out, is “that many employers want to hire people in recovery. Why? Because people in successful recovery often give back to their community at a rate that is roughly double that of the general population.”

If you’re asking, “Will rehab be on my record?,” know this: Unless you’re ordered to receive it by an employer or an officer of the court system, no. But disclosing it may actually help you out, if you come to see addiction recovery as we do: a reason to celebrate triumph over adversity rather than as a mark of shame.