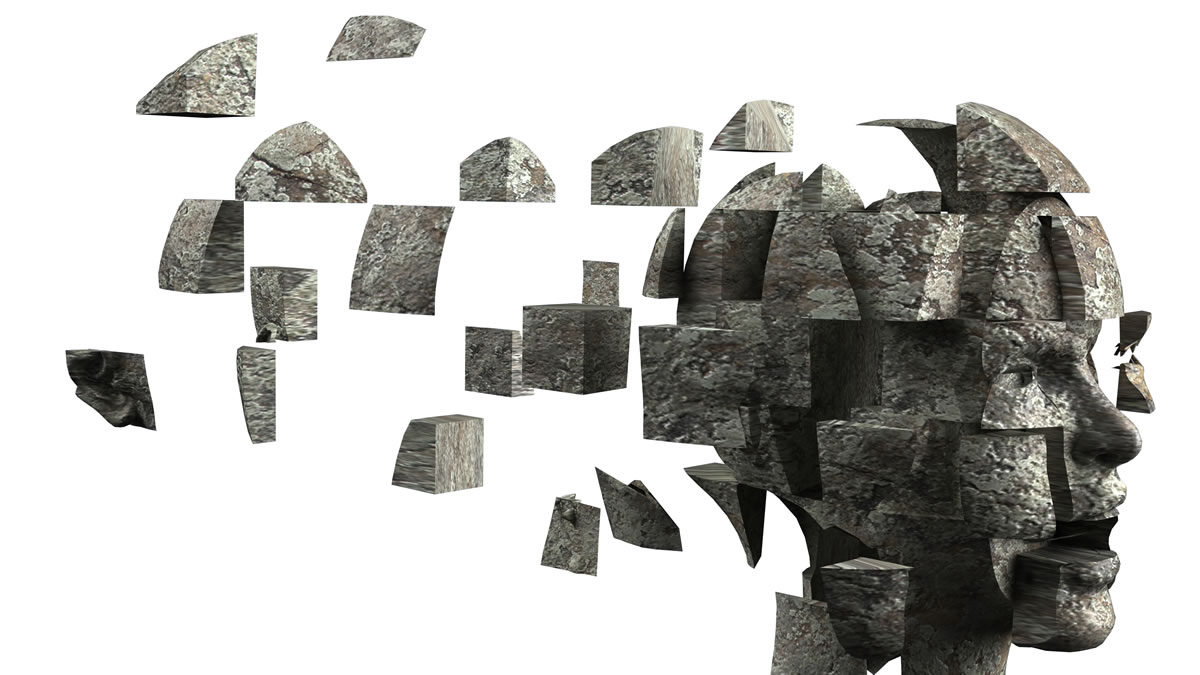 Call it a cliché, an old saw, a euphemism or a witticism, it’s still applicable in describing addiction and alcoholism: “The definition of insanity is doing the same thing over and over and expecting different results.”

Around the rooms of recovery, it’s most commonly heard in the 12 Step program Narcotics Anonymous. In the Basic Text, which was approved in 1982 and first published in 1983, it’s presented almost word for word in the third paragraph of Step Two, found in Chapter Four (“How It Works”):

“We have a disease: progressive, incurable and fatal. One way or another we went out and bought our destruction on the time payment plan! All of us, from the junkie snatching purses to the sweet little old lady hitting two or three doctors for legal prescriptions, have one thing in common: we seek our destruction a bat at a time, a few pills at a time, or a bottle at a time until we die. This is at least part of the insanity of addiction. The price may seem higher for the addict who prostitutes for a fix than it is for the addict who merely lies to a doctor. Ultimately both pay for their disease with their lives. Insanity is repeating the same mistakes and expecting different results.”

The roots of a definition of insanity 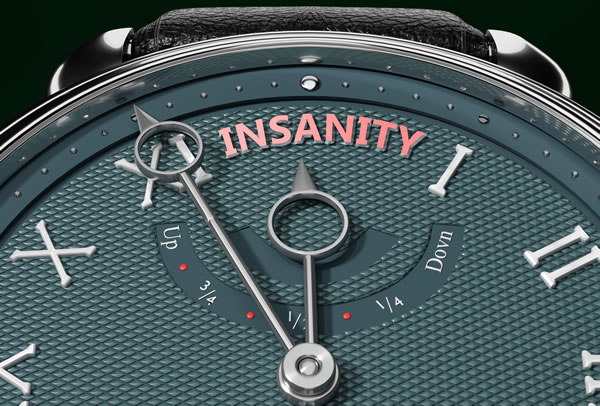 Research indicates that the saying was included as far back as November 1981, when an unpublished, unapproved draft contained the same paragraph verbatim, according to documents first published by the website amonymifoundation.org and captured by the internet archive site The Wayback Machine [1]. Whether it’s an original quote is hard to say, because there’s precedent for it being an extrapolation of similar sentiments passed down over time:

While the phrase may have first been written down in the Basic Text, however, it’s almost impossible to determine the exact origin of it. In the years that followed the tome’s publication, it appeared in a number of written works, according to the website Quote Investigator [5], including:

It showed up again in an April 1986 opinion piece in the Dallas Morning News and in the 1988 book “Raising Self-Reliant Children in a Self-Indulgent World,” according to Quote Investigator [5], but by 1990, the website points out, it was commonly being attributed to one of the most brilliant minds of contemporary times: Albert Einstein.

The only problem? Einstein never actually said it, as far as any researcher has found.

The Definition of Insanity: Misattributed 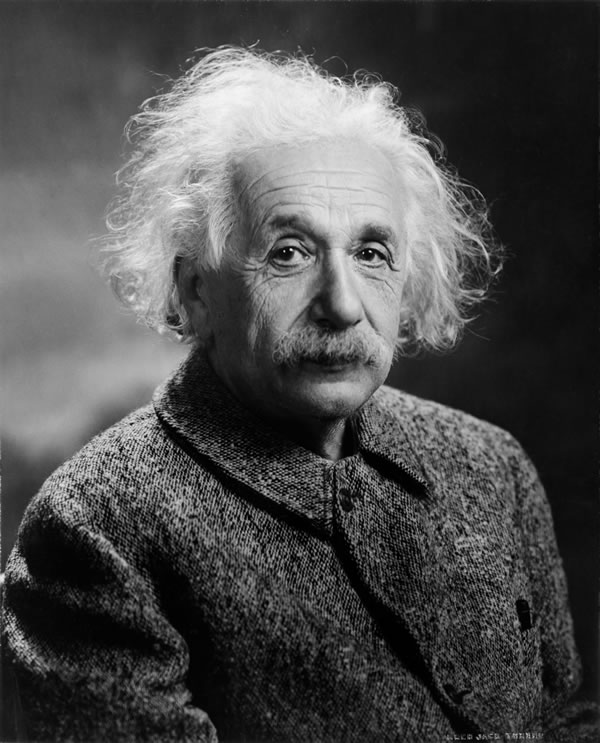 Over the years, it’s even been assigned an official stature in the lore of the renowned scientist: “Einstein’s Parable of Quantum Insanity,” which received a lengthy write-up in a 2015 edition of the magazine Scientific American [6]. However, the writer notes that it’s “usually attributed to” Einstein and goes on to say “it is undeniably the sort of clever, memorable one-liner that Einstein often tossed off.”

(It’s worth noting that, over the years, the saying has also been attributed occasionally to both Benjamin Franklin and Mark Twain, usually with the caveat of, “it sounds like something they would have said.")

Michael Becker, an editor at the Bozeman (Montana) Daily Chronicle, did some investigating of his own in 2012, when he erroneously paraphrased the quote: “Albert Einstein said the definition of insanity is doing something over and over again and expecting the same result.” [7] On his personal blog, he issued a correction, and then began to track down the quote’s origins. What he discovered:

“Franklin and Twain are almost certainly not the sources of the quote, witty as those fellows were. Online, sources commonly attribute the quote to Einstein in his ‘Letters to Solovine: 1906-1955,’ although no one seems to be able to produce a page from that volume that holds the quote (and Google books searches have also come up empty).”

Notably, Becker also linked to an interesting tidbit from a 2010 entry by blogger Jan Freeman, a former Boston Globe editor and self-described “recovering nitpicker.” (Her blog title: “Throw Grammar From the Train.”) On Oct. 24, 2010 [8], she examines the aphorism in question, pointing to the Basic Text as one of the first written examples of it, but goes on to note, “I also found a 1980 pamphlet from the Hazelden Foundation, ‘Step Two: The Promise of Hope,’ which quotes the same aphorism, so perhaps it got its start in the literature of addiction and recovery.”

Unfortunately, if such a pamphlet exists — and there’s no reason to think it doesn’t — it’s not captured in any form online. All search terms regarding such link back to Freeman’s blog, and any attempt to uncover an earlier draft of the Basic Text, one prior to 1981, come up equally empty. It certainly may have existed on paper, somewhere, prior to November 1981, because as the paper “Narcotics Anonymous: Its History and Culture,” [9] points out the Basic Text ”was written between 1979 and 1982 over seven World Literature Conferences that involved over 400 recovering addicts in NA … the writing of the Basic Text was achieved through a massive grassroots effort characterized by inclusiveness and great sacrifice.”

(It’s also worth pointing out that Narcotics Anonymous, established in 1953 as an offshoot of the “mother fellowship,” Alcoholics Anonymous, may have taken a line from the Big Book and transformed it into this particular saying: In recounting the example of the alcoholic “Jim,” the Big Book, first published in 1939, describes the acknowledgement of his own alcoholism but that “all reasons for not drinking were easily pushed aside in favor of the foolish idea that he could take whiskey if only he mixed it with milk! Whatever the precise definition of the word may be, we call this plain insanity. How can such a lack of proportion, of the ability to think straight, be called anything else?”) [10]

And now … the rest of the story 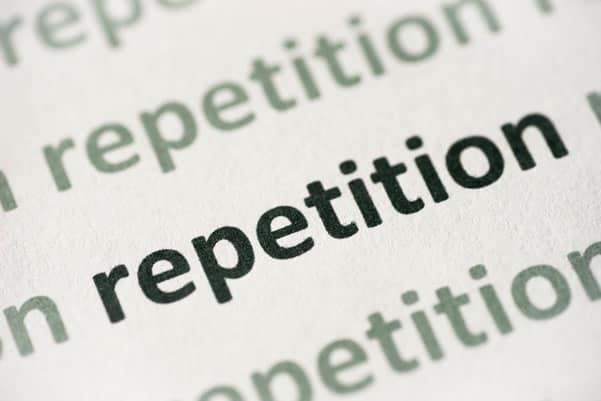 So if it can’t be accurately credited to Einstein … and examples of its precise wording can only be traced back to 1981 … then the phrase’s origins must lie in the Basic Text, right?

Not so fast. Yes, that particular witticism was first printed in 1981 … but before November 1981, according to Quote Investigator [5], it showed up one other time.

In the daily newspaper of Knoxville, Tennessee, the city that Cornerstone of Recovery calls home.

According to the website, “The earliest strong match (of the phrase) appeared in October 1981 within a (Knoxville News-Sentinel) newspaper article describing a meeting of Al-Anon, an organization designed to help the families of alcoholics. The journalist (Betsy Pickle, who would go on to become the Sentinel’s film critic and remains a freelance journalist in the East Tennessee area) described the ‘Twelve Steps’ of Al-Anon which are based on similar steps employed in Alcoholics Anonymous.”

According to Quote Investigator, Pickle recounted the first two of the 12 Steps: 1) “We admitted we were powerless over alcohol — that our lives had become unmanageable,” and 2) “We came to believe that a Power greater than ourselves could restore us to sanity.”

Here’s where things get interesting. According to the story, one of the members of the meeting struggled to accept the language of the second step: “Not all the women are willing to admit they needed to be ‘restored to sanity.’ In fact, one of them adamantly maintains that she had never reached a point of insanity. But another remarks, ‘Insanity is doing the same thing over and over again and expecting different results.’”

Because it’s an anonymous program, the members aren't identified directly, so there’s no way to know who the person was he said it, and thus no way to follow up with whether it was an aphorism of their own design, one they were repeating or some combination thereof.

Regardless, the first written account of the definition of insanity can be traced back to East Tennessee — where Cornerstone of Recovery would be established less than eight years later.

Whether its exact origins will ever be determined isn’t important. As Quote Investigator points out, “In conclusion, based on current evidence the saying originated in one of the twelve-step communities. Anonymity is greatly valued in these communities, and no specific author has been identified by the many researchers who have explored the provenance of this adage.”

Could it have originated here in East Tennessee? Possibly, but not likely. There is, however, precedent for strong recovery in this part of the Volunteer State, so any association with it at all is a nice moment of serendipity.