If you’ve identified a need to do something about a drug or an alcohol problem, you’ve got some decisions to make. One of them is deciding on detox vs. rehab — getting on the other side of withdrawal for the substances to which you’re addicted, or enrolling in a program that will go beyond mere abstinence.

To be fair, not everyone can take the time off of work or away from family to check into a drug and alcohol rehab for what’s essentially 30 days of treatment. Financial constraints, vocational obligations and more often make that impractical, if not downright impossible.

On top of that, a great many people feel like quitting is enough, but as the National Institute on Drug Abuse (NIDA) points out, “detoxification alone does not address the psychological, social, and behavioral problems associated with addiction and therefore does not typically produce lasting behavioral changes necessary for recovery. Detoxification should thus be followed by a formal assessment and referral to drug addiction treatment.”

Think of it this way: If you undergo a joint replacement surgery to get a new knee or hip, the one that’s giving you problems is taken care of … but if you choose not to go to physical therapy, you’ll never get the full benefits of your replacement joint. In considering detox vs. rehab, choosing only to do the former without giving any consideration to the latter is a similar sort of situation.

Detox vs. Rehab: What the Former Does

According to the Substance Abuse and Mental Health Services Administration (SAMHSA), “Detoxification is a set of interventions aimed at managing acute intoxication and withdrawal. It denotes a clearing of toxins from the body of the patient who is acutely intoxicated and/or dependent on substances of abuse. Detoxification seeks to minimize the physical harm caused by the abuse of substances.”

“Addiction — or compulsive drug use despite harmful consequences — is characterized by an inability to stop using a drug; failure to meet work, social, or family obligations; and, sometimes (depending on the drug), tolerance and withdrawal. The latter reflect physical dependence in which the body adapts to the drug, requiring more of it to achieve a certain effect (tolerance) and eliciting drug-specific physical or mental symptoms if drug use is abruptly ceased (withdrawal). Physical dependence can happen with the chronic use of many drugs — including many prescription drugs, even if taken as instructed.”

Addiction, however, is almost always accompanied by dependence, and as a result, any therapeutic approach to address the compulsivity of addictive drug use is problematic unless the use is halted, and the physical effects of withdrawal are eased. To put it in laymen’s terms: In considering detox vs. rehab, the later almost always has to include the former, because patients who are withdrawing from drugs and alcohol can’t get the help they need if their minds are clouded and their bodies hurting from the withdrawal process.

On top of that, the Mayo Clinic points out, it’s important to understand that there’s no one-size-fits-all method of detox: “Withdrawal from different categories of drugs — such as depressants, stimulants or opioids — produces different side effects and requires different approaches. Detox may involve gradually reducing the dose of the drug or temporarily substituting other substances, such as methadone, buprenorphine, or a combination of buprenorphine and naloxone.”

For individuals who are interested strictly in detox for whatever reason, it’s important to understand that the aftereffects of withdrawal can linger and return. Post-Acute Withdrawal Syndrome (PAWS), for example, is “a result of brain dysfunction caused by the brain readjusting to being without alcohol and drugs,” according to the University of Texas Health Science Center. “Recovery from PAWS usually takes somewhere between six and 24 months. If you understand what the symptoms are, you are in a position to manage them. Successful management of your alcohol or drug withdrawal symptoms will help you feel better physically and emotionally, improve your self-esteem, and reduce your risk of relapse.”

While individuals can certainly manage any PAWS aftereffects of detox on their own, transitioning from detox to rehab gives them a far greater chance of doing so successfully, without returning to drug use.

How Rehab Can Help 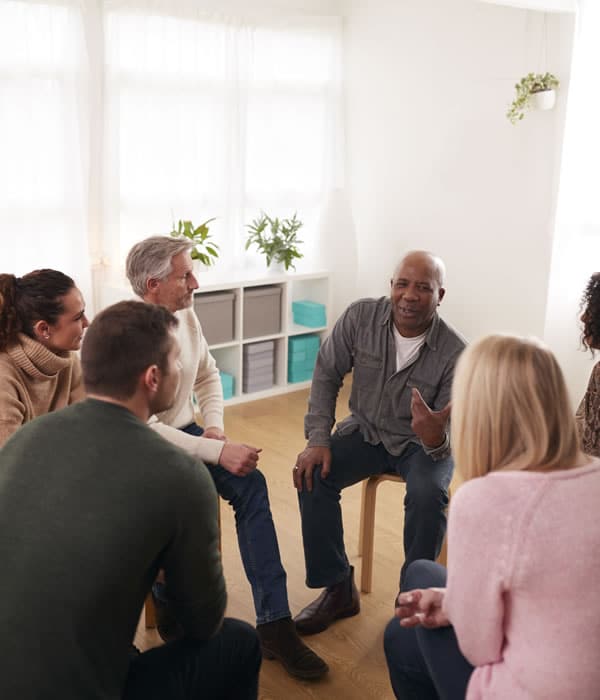 While many drug and alcohol treatment facilities offer a detox-only regimen, effective ones encourage patients to transition into a residential program in order to ensure that their initial sober trajectory continues upward. While the results of treatment vary according to a number of different variables, a consensus study report by the National Academies Press came to one overwhelming conclusion: “It is crucial to underscore the fact that the goals of detoxification are quite limited … consistently, without subsequent treatment, researchers have found no effects from detoxification that are discernibly superior to those achieved by untreated withdrawal in terms of reducing subsequent drug-taking behavior and especially relapse to dependence.”

In other words: While drug and alcohol treatment can be effective, detox only is rarely effective. Dr. Kyle Kampman, a psychiatrist who specializes in addiction at the University of Pennsylvania, lamented the low success rate of detox-only treatment in a 2017 interview with NPR: “What bothers me most in thinking detox is adequate treatment is that we know that it just doesn't work," he said. "We have a long history of putting people into detox, followed by drug-free treatment that results in relapse in an overwhelming number of cases.”

And in many instances, he pointed out, a period of detox lowers an individual’s tolerance to the drugs they’ve been using … so that if they return to drug use and pick up the same amount they were using pre-detox, “there's a higher risk of overdose.”

In that regard, laying out the pros and cons of detox vs. rehab can make a clear case for the latter to always follow the former. Even with treatment, relapse is always a possibility, the NIDA adds, because the chronic nature of addiction means it has “symptom recurrence rates similar to those for other well-characterized chronic medical illnesses — such as diabetes, hypertension, and asthma — that also have both physiological and behavioral components.”

However, the organization continues: “Like other chronic diseases, addiction can be managed successfully. Treatment enables people to counteract addiction’s powerful disruptive effects on the brain and behavior and to regain control of their lives.”

Successful management, however, is best offered through a treatment program that builds off of the abstinence established in a medical detox program. For those who want to change their habits in order to prevent a possible return to drug use, or who want to change their lives in order to live with the peace of mind that doesn’t demand a chemical solution to every problem, it’s not a matter of detox vs. rehab — it’s a matter of both in order to ensure long-lasting recovery.