Booze flows freely in our society, but not everyone who drinks is an alcoholic. In fact, many people who imbibe, and the vast majority of those who don’t, often see friends, peers and loved ones who struggle with it and ask, “Why can’t an alcoholic stop drinking?”

However, the NIAAA continues, only “25.8 percent of people ages 18 and older … reported that they engaged in binge drinking in the past month, and 6.3 percent … reported that they engaged in heavy alcohol use in the past month.” Given the disparity of those numbers, it’s little wonder why those who don’t have a problem with alcohol find themselves asking, “why can’t an alcoholic stop drinking?”

A more thorough explanation of the way alcoholism works, however, may help those individuals find more empathy and look for ways to help those who can’t stop.

Why Can’t an Alcoholic Stop Drinking: What Does It Do? 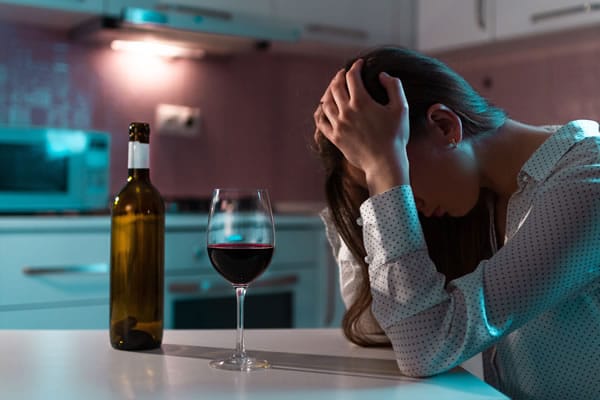 Alcohol is a fast-acting sedative derived primarily from grains and is the central ingredient in beverages ranging from beer to liquor. Known as ethanol, its affects begin almost immediately, according to Northwestern Medicine, a nonprofit healthcare system affiliated with the Northwestern University Feinberg School of Medicine: “It is absorbed through the lining of your stomach into your bloodstream. Once there, it spreads into tissues throughout your body. Alcohol reaches your brain in only five minutes, and starts to affect you within 10 minutes.”

Within 20 minutes, the liver begins processing alcohol, and on average, “the liver can metabolize 1 ounce of alcohol every hour.” Intoxication takes place when the amount of alcohol an individual drinks is greater than the liver’s ability to metabolize and break down alcohol.

As the NIAAA points out, “a number of factors influence how and to what extent alcohol affects the brain, including how much and how often a person drinks; the age at which he or she first began drinking, and how long he or she has been drinking; the person’s age, level of education, gender, genetic background, and family history of alcoholism; whether he or she is at risk as a result of prenatal alcohol exposure; and his or her general health status.”

There are generally seven identifiable levels of intoxication, according to the website Healthline:

But How Is Alcohol Addictive? 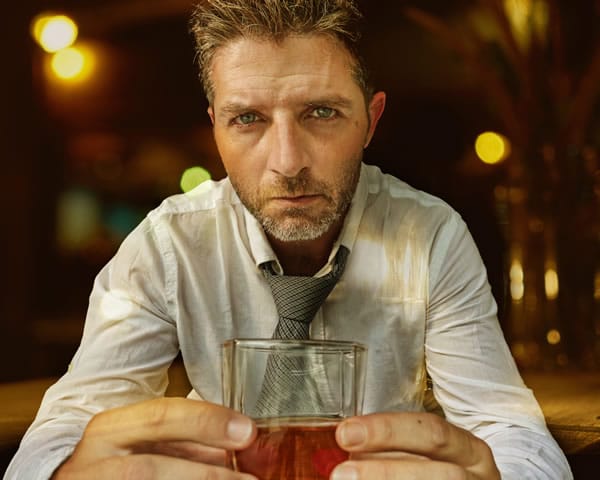 That still doesn’t answer the question, “why can’t an alcoholic stop drinking?” Everyone who drinks experiences the above symptoms of intoxication. So why do some people who drink find themselves unable to stop once they start? The biological mechanism of addiction answers that question, according to the National Institute of Health (NIH): “A healthy brain rewards healthy behaviors — like exercising, eating, or bonding with loved ones. It does this by switching on brain circuits that make you feel wonderful, which then motivates you to repeat those behaviors. In contrast, when you’re in danger, a healthy brain pushes your body to react quickly with fear or alarm, so you’ll get out of harm’s way. If you’re tempted by something questionable — like eating ice cream before dinner or buying things you can’t afford — the front regions of your brain can help you decide if the consequences are worth the actions.

“But when you’re becoming addicted to a substance, that normal hardwiring of helpful brain processes can begin to work against you. Drugs or alcohol can hijack the pleasure/reward circuits in your brain and hook you into wanting more and more. Addiction can also send your emotional danger-sensing circuits into overdrive, making you feel anxious and stressed when you’re not using the drugs or alcohol. At this stage, people often use drugs or alcohol to keep from feeling bad rather than for their pleasurable effects.”

On top of that, the NIH continues, repeated use of alcohol can lead to damage in the prefrontal cortex of the brain, the part that’s integral to the decision making process and “the very region that should help you recognize the harms of using addictive substances.” So what does alcohol do in the brain, exactly, that makes it difficult for an alcoholic to quit drinking? David DiSalvo, writing for Forbes, lays it out:

“What this means for you is that your thought, speech and movements are slowed down, and the more you drink the more of these effects you'll feel (hence the stumbling around, falling over chairs and other clumsy things drunk people do),” DiSalvo writes. “But here's the twist: alcohol also increases the release of dopamine in your brain's ‘reward center’ … by jacking up dopamine levels in your brain, alcohol tricks you into thinking that it's actually making you feel great (or maybe just better, if you are drinking to get over something emotionally difficult).  The effect is that you keep drinking to get more dopamine release, but at the same time you're altering other brain chemicals that are enhancing feelings of depression.”

So Why Can’t an Alcoholic Stop Drinking? 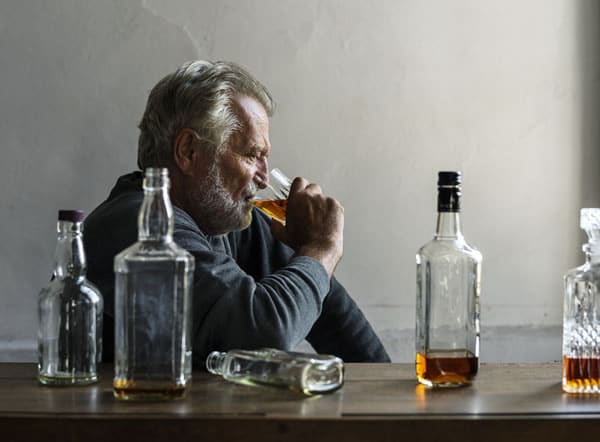 So why can’t an alcoholic stop drinking? Speaking to the website Live Science, Dr. Robert Swift, a psychiatrist and associate director of the Brown University Center for Alcohol and Addiction Studies in Providence, Rhode Island, points out that the aforementioned biological changes in the brain lead those who drink to associate alcohol with pleasurable experiences. “But as a person continues to drink frequently and heavily, a second major change occurs. The brain gets sensitized to the release of dopamine and over time, that enjoyment of alcohol fades, Swift said. As the brain becomes tolerant to alcohol, people need to drink more and more, in a sense, to feel good, and this begins the transition from liking alcohol to becoming addicted to it, he noted.”

What does that addiction look like? Repeated exposure to alcohol means that the brain automatically produces more of those excitatory transmitters to compensate for the constant presence of those inhibitory ones, until “the brain responds by becoming more excited by the presence of alcohol, and even when a person is not drinking, the brain remains in an excited state,” Swift said. And because this constant state of neurological excitement means that an alcoholic “may not sleep well, may feel more anxious or may develop the shakes,” the brain sends consistent messages that it “needs the sedative effects of alcohol to damp down the excitatory chemicals so the person can feel normal, Swift said.”

In other words, the individual is told by his or her brain that not drinking is not an option.

That’s a frightening prospect for anyone who drinks too much, but for those caught up in the grips of alcohol addiction, it’s a nightmarish feeling of slavery, because they know all too well that alcohol is the only substance that will calm their anxious state but is also contributing to it as well. By this point, those addicted to alcohol run the risk of potentially hazardous consequences because of alcohol withdrawal if they attempt to quit on their own, which is why doing so is not recommended.

If you’re asking “why can’t an alcoholic stop drinking?” out of concern for a loved one, the best course of action you can do to help that individual is to encourage them to seek treatment at an alcohol rehab center that can provide them with safe, comfortable and medically supervised detox, as well as transitioning them to a treatment program that can give them psychological tools they need to cope with the changes alcohol has caused in their brain.

According to the American Psychological Association, “A number of these therapies … can help people boost their motivation to stop drinking, identify circumstances that trigger drinking, learn new methods to cope with high-risk drinking situations, and develop social support systems within their own communities.” In other words, for those wondering “why can’t an alcoholic stop drinking?,” it’s not as simple as just quitting. Outside help is often necessary, but sobriety is possible with the right support.