Is the coronavirus making your drug problem worse? Well, it’s certainly not making it better, unless you’ve used this time of quarantine, social distancing and stay-at-home orders to quit altogether. While some individuals may indeed have used COVID-19’s interruption of life as we know it to nip a drug and alcohol problem in the bud (no pun intended), others may have found themselves leaning more and more on mind- and mood-altering substances in order to cope. 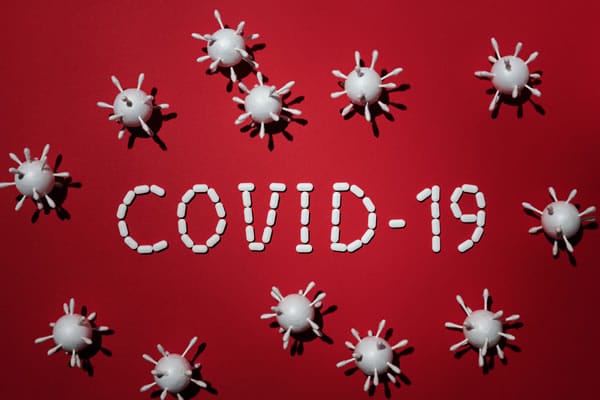 And for some, that particular coping mechanism could cost them their lives. Last week, the national foundation Well Being Trust released an alarming report [1] that states “as many as 75,000 more people will die from drug or alcohol misuse and suicide,” part of a co-occurring “depths of despair” epidemic that’s taking place alongside the ravages of COVID-19. In Knox County alone — home to Knoxville, the metropolitan area of which Cornerstone of Recovery is a part — a suspected nine suicides [2] in 48 hours took place in early March, a trend that seems to be matched in other areas of the country: “During March 2020, the Disaster Distress Helpline saw a 338 percent increase in call volume compared with February 2020,” according to a recent article in the publication The Hill [3].

America’s addiction crisis isn’t faring much better. According to CNN [4], “County coroners, law enforcement and emergency responders around the country are reporting spikes in overdose calls and deaths — and they're concerned that's connected to Covid-19.” Hard-hit areas include:

So if you find yourself wondering whether the coronavirus is making your drug problem worse, you’re not alone in your concern.

So why is the coronavirus making your drug problem worse? 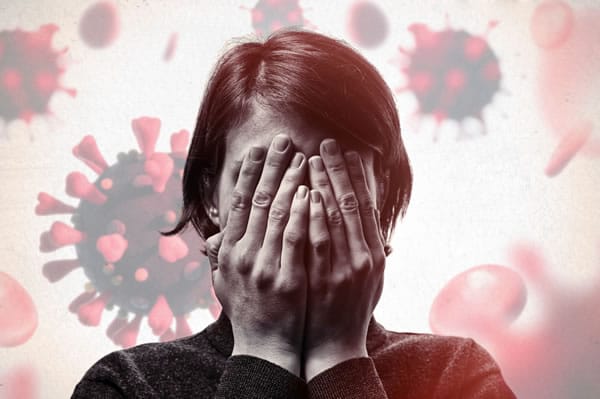 To understand why alcohol and drugs become coping mechanisms, one needs to first understand the nature of stress. The National Institute on Alcohol Abuse and Alcoholism (NIAAA) addresses this specifically in a publication titled “The Link Between Stress and Alcohol” [8], which points out that alcohol (and, by the same token, drugs) “may lead to positive feelings and relaxation, at least in the short term.” In other words, alcohol and drugs become a balm for frayed nerves, and it’s pretty clear a lot of nerves are frayed right now because of COVID-19.

Such stress is usually broken down into four categories, each of which are influenced “in a number of ways by severity, duration, whether the stress is expected or not, the type of threat (emotional or physical), and the individual’s mental health status (For example, does the person suffer from anxiety, co-occurring mental health disorders, or alcoholism?)” Those four categories include: General life stress, childhood stress, racial/ethnic minority stress and “catastrophic events”: “Studies consistently show that alcohol consumption increases in the first year after a disaster, including both manmade and natural events,” according to the NIAAA.

Drug use follows a parallel trajectory, according to a 1990 study in the publication Research Advances in Alcohol and Drug Problems [9]: “Substance use is most likely when life stress is high and when adaptive coping resources are impoverished” — a situation exactly like the one in which individuals currently find themselves.

So stress levels are clearly through the roof … and coping resources, for those in recovery from addiction, are indeed impoverished: “From Seattle to New York, providers have been forced to cancel support groups or move them online. Inpatient treatment centers have limited family visits. Counselors have urged patients to check in by phone,” according to The Washington Post [13]. Recovery groups have canceled in-person meetings and opted to go online only for the time being, and while it’s possible for recovering addicts and alcoholics to stay connected during COVID-19, the personal connections that are so essential for addiction recovery have been curtailed.

How Is a ‘Drug Problem’ Defined? 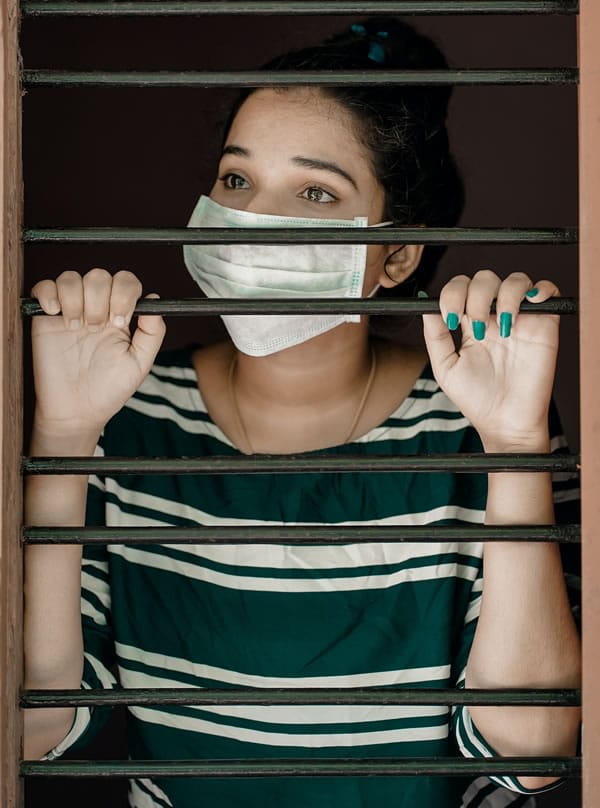 To determine whether you even have a problem, much less whether the coronavirus is making that problem worse, it’s important to understand the nature of drug use, how it differs from experimentation and how it crosses the threshold from use to misuse. According to a 2017 paper published in the journal Transactions of the American Clinical and Climatological Association [14], “Until the recently, the continued use of substances ‘despite adverse consequences’ was considered substance abuse. In contrast, addiction was the diagnostic term reserved for conditions manifest by physiological tolerance and withdrawal. This suggested that only substances capable of producing tolerance and withdrawal (so-called ‘hard drugs’) could be addictive and that substances such as marijuana, LSD, and even cocaine were relatively safer.”

However, the fifth edition of the American Psychiatric Association’s (APA) Diagnostic and Statistical Manual (DSM) — used by both medicine and science to diagnose mental disorders — takes into account “loss of behavioral control,” which is generally regarded as the critical component of addiction. While the science of addiction is not settled, and the changes drugs and alcohol make in the brain are still being mapped out, “considerable neurological evidence indicates that the prefrontal cortex mediates complex ‘executive’ functions including behavioral autonomy and self-control,” according to a paper published in the journal Experimental and Clinical Psychopharmacology [15]. “Given that impairments of self-control are characteristic of alcoholism and other drug addictions, frontal lobe dysfunction may play a significant role in such compulsive behaviors. Consistent with this idea, recent research using brain imaging, neuropsychological testing, and other techniques has revealed that the frontal lobes are particularly vulnerable to the acute and chronic effects of addictive drugs, especially alcohol and cocaine.”

In other words, drugs can and do alter the brain chemistry. In very basic terms, the National Institute on Drug Abuse (NIDA) describes it this way [16]: “Drugs interfere with the way neurons send, receive, and process signals via neurotransmitters. Some drugs, such as marijuana and heroin, can activate neurons because their chemical structure mimics that of a natural neurotransmitter in the body. This allows the drugs to attach onto and activate the neurons. Although these drugs mimic the brain's own chemicals, they don't activate neurons in the same way as a natural neurotransmitter, and they lead to abnormal messages being sent through the network.

“Other drugs, such as amphetamine or cocaine, can cause the neurons to release abnormally large amounts of natural neurotransmitters or prevent the normal recycling of these brain chemicals by interfering with transporters. This too amplifies or disrupts the normal communication between neurons.”

When it comes to a drug problem, however, science — even at its most basic — is a nebulous concept for most Americans to grasp. Over the years, various campaigns have attempted to put it into layman’s terms, such as the Partnership for a Drug-Free America campaign, launched in 1987, that compared the effects of drug use on the brain to that of a frying egg:

A lot of people remember it, but it also came off as a ham-fisted, melodramatic illustration that most drug users scoffed at. A better analogy might be that of a boiled egg: One that never changes appearances externally, but slowly and inexorably transforms internally because of its introduction to external factors that ultimately destroy it.

So What Are the Signs That the Coronavirus Is Making Your Drug Problem Worse? 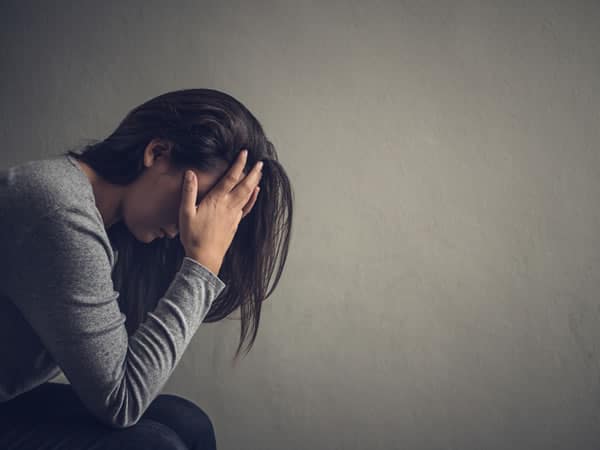 So what are those criteria? There are 11 of them, and we’ll get into how they’re scored in a bit. Those criteria include:

OK, So My Problem Is Worse. What Now? 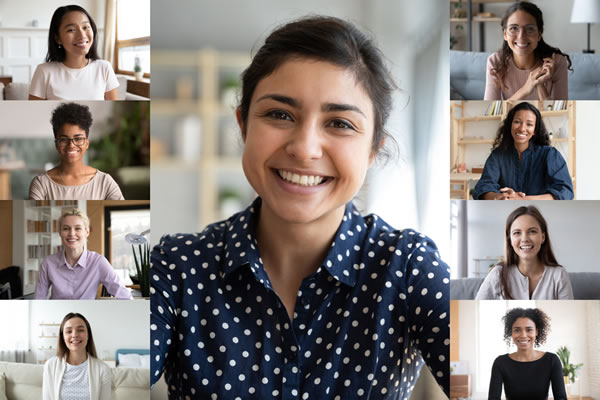 It’s important to understand that if you or someone you know is concerned that the coronavirus is making your drug problem worse, you’re not alone. While COVID-19 is a major public health concern, so too are the ancillary effects of it, as that Well Being Trust study points out.

“The opposite of addiction is human connection, not sobriety,” one recovering addict told The Daily Beast for a recent report [18]. “Just being totally isolated — especially now that stimulus money came through for a bunch of people — it’s a huge temptation.”

Even during “normal” times, access to treatment for addiction is incredibly difficult to come by. According to a report by the Substance Abuse and Mental Health Services Administration (SAMHSA) [19], “In 2015, an estimated 2.3 million people aged 12 or older who needed substance use treatment received treatment at a specialty facility in the past year. This number represents … 10.8 percent of the 21.7 million people who needed substance use treatment.”

If less than 11 percent of people who needed treatment during a time when the coronavirus didn’t exist, getting it now might seem even more challenging. Combined with the stressors put onto those whose drug use has become a problem because of COVID-19, and the need for treatment is even more dire.

However, the situation is far from hopeless. Many drug and alcohol treatment facilities are still accepting patients and taking strenuous precautions against coronavirus in order to continue doing so. Patients are pre-screened prior to admission and monitored regularly during their stay; staff members are taking precautions as well, and many treatment facilities are locked down to visitors who might spread infection. There are a number of telehealth options available for those whose substance use disorder is considered mild to moderate, and many recovery groups like Narcotics Anonymous have around-the-clock online meetings through apps like Zoom.

Is the coronavirus making your drug problem worse? Probably — but your situation doesn’t have to continue to deteriorate. There are options to put on the brakes, turn things around and find ways of coping with the ongoing pandemic that don’t take a toll on your physical, mental and emotional health the way using drugs might.