On the eve of the 32nd anniversary of Cornerstone of Recovery, the drug and alcohol treatment center his father established more than three decades ago, John Hood is content.

Although it’s a feeling tempered by a little bittersweet nostalgia, that contentment stems from the knowledge that Cornerstone is in trusted hands, having been acquired by Bradford Health Services earlier this month.

Though leadership is changing, the Hood family’s thumbprints — specifically those of founder Bill Hood — will always remain an indelible part of the facility. After all, it was Bill Hood’s bullheaded determination and his steadfast faith in the face of financial hardship that was the foundation of Cornerstone. Although Bill Hood died in 1993, the work he started will carry on, and during a week when hundreds of alumni, during pre-COVID times, would return to Cornerstone to celebrate its legacy, his son is excited to watch from the sidelines as the next chapter in Cornerstone’s story unfolds. 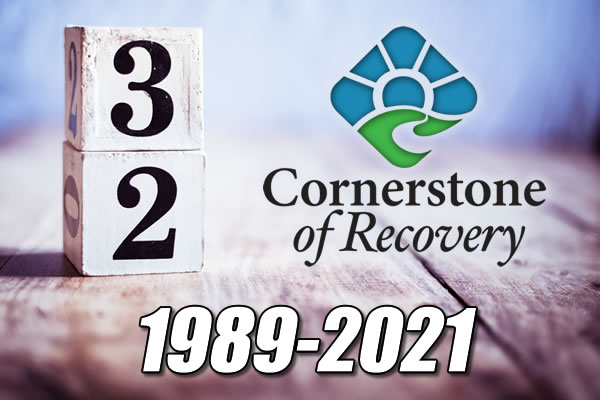 This year’s anniversary, he believes, may mark the end of an era, but it’s the dawn of a new beginning with Bradford.

“It is bittersweet, but I do think it’s the right fit, the right people, the right thing, for everybody involved: for Bradford, for Cornerstone, for our family and for the employees,” he says. “Mike (Rickman, Bradford’s President and CEO) and his team are really good people, and their hearts are in the right place. I really do feel that with Mike at the helm and the resources Bradford has, they’re going to take Cornerstone to new levels.”

The drug and alcohol treatment center Bradford has acquired is already a far different facility than the modest 18-bed rehab in a nondescript strip mall that Bill Hood and a small team first opened. Today, the main Cornerstone of Recovery campus sits on 24 bucolic acres along the Little River just outside of Knoxville, Tennessee, and a second facility, Stepping Stone to Recovery, is a stone’s throw away. In joining Bradford, Cornerstone becomes part of the largest addiction treatment network in the Southeast.

Although his father didn’t live to see just how much his vision would flourish, John believes he would be both pleased and amazed these 32 years later.

“I know he would be floored by what we’ve done and how big we’ve gotten,” he adds. “I think he would be really proud of the work we did.”

That work makes Cornerstone a robust addition to Bradford’s portfolio of addiction treatment facilities. From therapy that was primarily 12 Step-based in the beginning, the clinical programming now includes modern, evidence-based treatment approaches such as Cognitive Behavioral Therapy and Schema Therapy. However, John Hood adds, it’s all delivered with the same passion that has been an integral part of Cornerstone since its foundation.

It's difficult for him to put into words exactly what that means, because it’s a feeling more than something that can be put into words. It's the camaraderie among patients and staff members, many of whom are in recovery themselves. It's in the fellowship between groups and lectures. It's in the way a meal is lovingly prepared in the dining hall. It's in the time a receptionist takes to console and hug a new admittance. It is sincerity, and it sustained Cornerstone long before the exterior matched its heart, all the way back to when the facility's façade was the front of a strip mall.

"We've always gone above and beyond because we know there is a bigger mission at Cornerstone, something beyond a business model," Hood says. "I know Bradford sees and respects that and will make sure it continues."

Because regardless of ownership, the mission for 32 years now will continue to be the focus with Bradford at the helm: to save lives, families, and jobs by providing hope, healing, and recovery for those impacted by the disease of addiction.

"We are honored to not only continue, but expand, the legacies built at both Cornerstone and Bradford," says Rickman. "We are excited to move forward together to provide greater access to high-quality care to those struggling with addiction."

ShareTweetWhatsappPinterestLinkedin
RedditStumbleuponDeliciousXingTumblr
Posted in About Us, Cornerstone of Recovery, Recovery