In East Tennessee, that wasn’t news to William J. “Bill” Hood, who had put together a small team of trusted friends and peers in the addiction treatment industry to answer that threat with a new venture. Cornerstone of Recovery would open its doors on Sept. 22, 1989, as an 18-bed facility with 22 staff members in a suburban strip mall 15 minutes from downtown Knoxville, the goal of which was to make a difference in the lives of those suffering from addiction and alcoholism through comprehensive treatment using a range of traditional and evidence-based therapies.

A major problem: Then and now 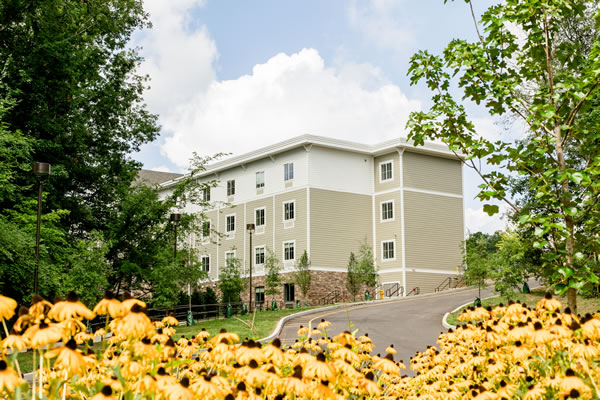 Around the nation, concern over addiction was at an all-time high, spurred in part by the president’s address, media attention to the worsening crack cocaine epidemic and the realization that while former President Richard Nixon declared a “war on drugs” in June 1971 [2], drugs were still a problem affecting millions of Americans. According to the results of a September 1989 poll conducted by CBS and The New York Times [3], “the proportion of Americans who cited drugs as the nation's most important problem has nearly tripled since the end of July of that year” to become “the highest recorded for any single issue since the Times/CBS News poll began in 1976 and is one of the highest registered by any major national survey.”

In addition, the survey found, 48% of the adults questioned said they knew someone who had been "'seriously affected' by illegal drugs, either through that person's drug use or another's.” As a recovering alcoholic with 10 years sober, Hood knew intimately just how devastating the effects of addiction to drugs and alcohol could be on family members and loved ones, and his belief in the recovery process led him to establish Cornerstone as a place to offer hope, healing and recovery for those individuals.

Thirty-one years later, Cornerstone of Recovery remains true to Hood’s vision, and over the past three decades, that dedication has led to blessings that reach far beyond anything those assembled on that day in 1989 could have possibly imagined. It’s hard to estimate just how many lives have been changed directly by the treatment offered at Cornerstone of Recovery, but it’s safe to say that the number of individuals who have sought drug and alcohol treatment here over the years numbers in the thousands. What do those patients look like?

A lot like the staff members we’ve been profiling over the past several weeks to commemorate National Recovery Month, individuals like Sara Smiddy and Chris Brewster and Seth Charles. It’s easy, at times, to think of those who have passed through our doors as just numbers, but to put faces to their stories … to see them emerge from the shadows of addiction and into lives so rich and full they feel called to share it through careers as drug and alcohol counselors at the place that gave them a new life … is truly inspirational.

As children … as parents themselves … as siblings … as productive, responsible members of the communities in which they live and work, they are contributing daily to a society that once gave addicts and alcoholics little hope of recovery: A Gallup poll from the year before Cornerstone opened revealed that only 6 percent of those surveyed felt “helping drug users obtain treatment” was the strategy that would do the most good in combatting the American drug epidemic. [4]

Read more about the history of Cornerstone of Recovery

Thirty years strong: How one man turned a vision into Cornerstone of Recovery

The daughter of Cornerstone's founder reflects on its miraculous beginnings

A pair of Cornerstone pioneers recall the facility's halcyon times

A place where hope is found 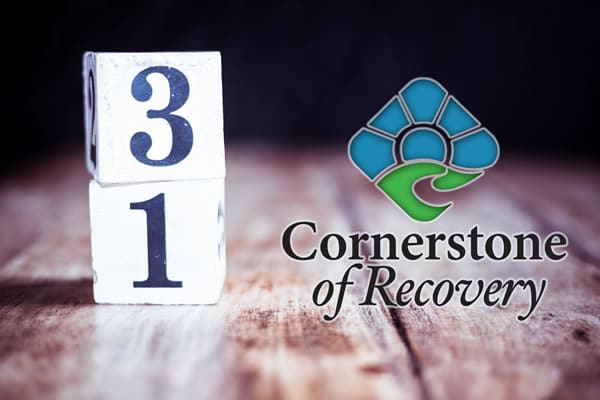 Fortunately, Bill Hood thought differently … and his foresight was echoed even back then at the federal level. The White House’s National Drug Control Strategy [5], released to coincide with the president’s speech, noted that “the effective treatment of drug dependent individuals must be an important element in our overall strategy for reducing drug use in America.” At the same time, the paper noted that of the 4 million Americans with “serious drug problems,” only 40 percent of that number received any form of drug treatment. Back then, strategists warned that “There is little doubt that if we continue to treat such a small percentage of heavy drug users, treatment will not make a very large dent in the nation's drug problem.”

Despite such a declaration from the White House itself, access to drug and alcohol treatment was lower in 2018, the latest year for which complete figures are available, than it was in 1989: According to the 2018 National Survey on Drug Use and Health [6], 21.2 million Americans needed some form of substance abuse treatment that year … but only 3.7 million of those received it — roughly 17 percent. Drugs and alcohol continue to claim a staggering number of lives annually, according to the Centers for Disease Control: An estimated 71,148 people died of a drug overdose in 2019 [7], and the agency estimates that alcohol-related causes claim 95,000 lives annually [8].

What do these things tell us, as we mark the 31st anniversary of our founding?

That the lives we help to change have a ripple effect on children, on peers, on communities.

That the need for what we do is as great, if not greater, than it was when our doors opened 31 years ago.

That drugs and alcohol kill around 166,000 people every year, and that many of those who want desperately to avoid becoming part of those statistics don’t have the means or the access to do so.

That we still have work to do, so while we will gratefully take a moment to acknowledge the wisdom, foresight and strength of those who launched Cornerstone … as well as the tenacity, determination and hard work of those who have helped us grow into one of the largest residential drug and alcohol treatment providers in Tennessee in the years since … we remain, committed as always, to our mission:

So that anyone who seeks our help can stop using and drinking … lose the desire to do so … and find a new way to live, free of the bondage of addiction, capable of lives beyond anything they could have imagined.