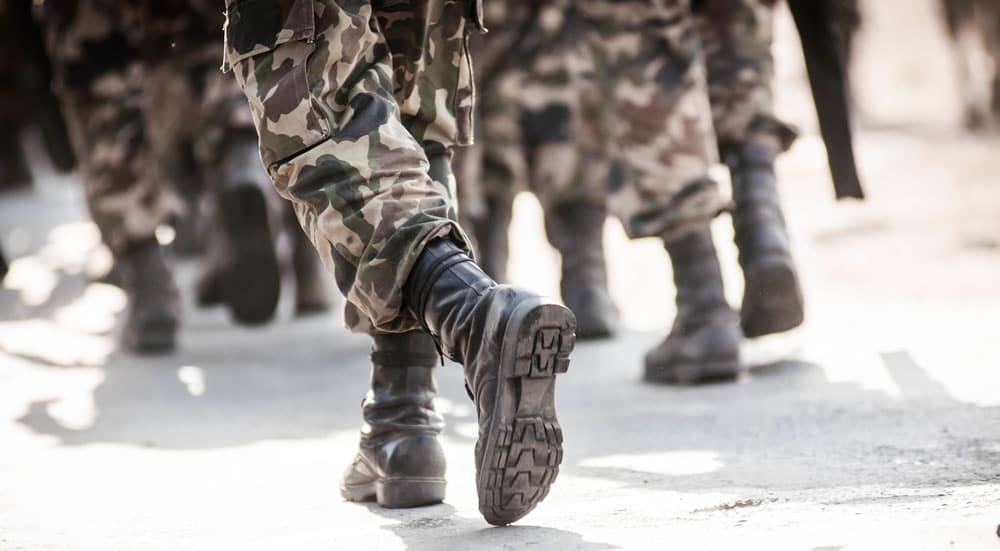 When Rod Jackson first came to work at Cornerstone of Recovery in 2010, he noticed a curious anomaly in the institution’s record-keeping process.

Veterans of the U.S. Armed Forces were receiving treatment at Cornerstone, but they weren’t being fully documented. By 2012, Jackson — who now serves as the program director at Cornerstone's sister facility, Stepping Stone to Recovery — had compiled a list of 125 veterans who had come to the substance abuse treatment center in East Tennessee for drug and alcohol issues, and he felt a calling to acknowledge their service with additional processing groups.

“I’m not a veteran, but I’m the son of a World War II veteran who hit the beaches of Normandy on D-Day; my son served on the USS Enterprise and did two deployments before it was dry-docked and retired; and my father-in-law served in the Marine Corps for 22 years,” Jackson says. “I started working with vets in the early 1990s at support living facilities for recovering alcoholics and addicts, and at that time, a tremendous amount of my high school friends who had served in Vietnam were dealing with a myriad of problems. And although I didn’t serve, I felt I owed them a debt of gratitude for what they went through, which allows me the freedoms I have today.” 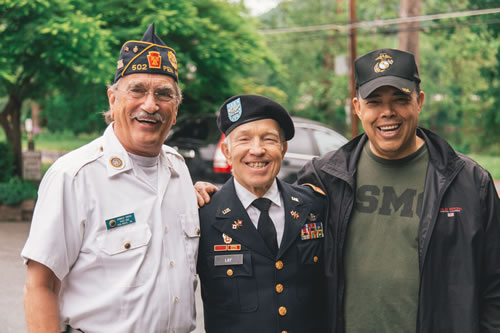 While addiction and alcoholism know no boundaries when it comes to afflicting various populations, veterans are especially vulnerable. According to the 2013 National Survey on Drug Use and Health, 6.6 percent of veterans ages 17 and older dealt with a substance use disorder in the previous year. The rate among those who have served in the military since Sept. 11, 2001, ranged as high as 12.7 percent. According to the National Council on Alcoholism and Drug Dependence, “Those service members with multiple deployments and combat exposure are at the greatest risk of developing drug and alcohol problems, use more prescribed medications, and often exhibit a co-occurring triad of Post-Traumatic Stress Disorder (PTSD), traumatic brain injury (TBI), and pain, which complicates the problems with drug and alcohol use. Additionally, difficulties in civilian life — setbacks such as job loss, divorce and financial problems, all common for returning vets — may push as many as 13 percent of vets toward drinking and drugs.”

While he never served, Jackson is intimately familiar with addiction and alcoholism. Initially brought in to serve the needs of Cornerstone’s Railroad Program, Rod began meeting with Cornerstone alumni who had served in order to assess the needs of that population. Because of Cornerstone’s status as a private insurance/private pay facility, there is no specific veterans program under the Cornerstone umbrella, and Cornerstone is unable to accept TriCare, the government-issued health insurance specifically for members of the military. But Cornerstone staff members have worked to acknowledge the role that military service might play in addiction-related issues.

“We refer to them as moral injuries, or spiritual wounds,” Jackson says. “There are things in the military that can hinder recovery — especially the idea of ‘no surrender, no retreat,’ which is something that a lot of veterans won’t say up front, but they’ve internalized.

Meeting the needs of vets

In meeting with that initial group of veterans, Jackson and his team — including Darren “Chappy” Chapman, a Licensed Alcohol and Drug Counselor and a Continuous Care Recovery Coach; Harold Busch, a retired Veterans Administration readjustment counselor; and Spiritual Liaison Howard Bowlin, all of whom are veterans — assessed ways in which Cornerstone can augment its treatment of veterans. That particular population continues to take part in treatment protocol that’s assigned to all patients, but veterans-specific groups that meet regularly allow them to process unique issues.

“There’s all types of dynamics that go on — we may have vets who have spent 20 years in the service, but because they didn’t do combat, they consider themselves ‘unworthy,’ so we have to re-steer their definition of what a veteran is,” Jackson says. “Our program is really based on resilience as a life-changing event: who they were before they went in, who they were when they came out and who they want to be when they get out of treatment.

“We bring in a whole group from Vet to Vet Tennessee; we do a 90-minute program about veteran suicide; we talk to them about re-engagement in life after the military. We also do a tremendous amount of work with them on taking advantage of their VA services, giving them information and handouts so they can pursue those themselves.”

And it’s another reason why Cornerstone is such a unique alcohol and drug treatment center. Veterans who have served their country, we believe, should be acknowledged for that service, and while the resources we provide may not be extraordinary, they’re the least we can give to those who have sacrificed so much.

“Some of the feedback we get is that these groups are some of the best they’ve been a part of, and we’re honored to do them,” Jackson says.