Addiction and alcoholism don’t discriminate, and those who work in the medical field sometimes find themselves in need of addiction treatment for healthcare professionals.

It may come as something of a surprise, and even seem alarming, for the average American to learn that doctors, nurses and other medical professionals struggle with drugs and alcohol, but according to those who study such populations, it’s not uncommon. According to Dr. Marie Baldisseri, writing for the monthly peer-reviewed medical journal Critical Care Medicine, “It is estimated that approximately 10% to 15% of all healthcare professionals will misuse drugs or alcohol at some time during their career. Although the rates of substance abuse and dependence are similar to those of the general population, the prevalence is disturbing because healthcare professionals are the caregivers responsible for the general health and well-being of the general population.”

And for those professionals themselves, getting the drug and alcohol treatment they need can be challenging. Nurses, physicians and other caregivers often find themselves facing extensive vocational consequences if their drug or alcohol use has led to the involvement of their respective organizations and/or licensure boards, and they often need advocacy for their careers in addition to treatment for their problems.

Fortunately, there are numerous reputable programs that offer addiction treatment for healthcare professionals — it’s simply a matter of finding the right one.

Addiction Treatment for Healthcare Professionals: How Big Is the Problem? 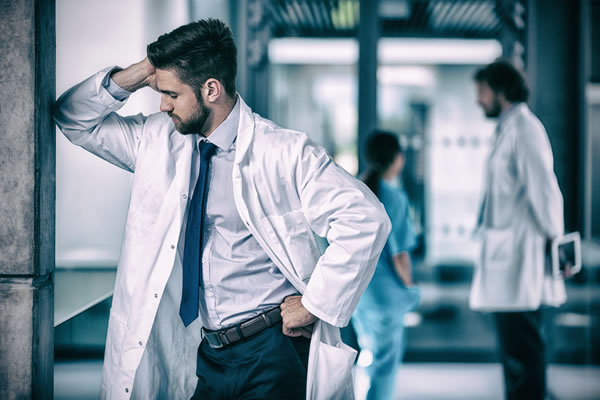 In a 2008 paper published in the journal Substance Abuse Treatment, Prevention and Policy, the authors noted several areas of concern among the most common classes of healthcare professionals (HP): “For example, though professionally discouraged, self-diagnosing physicians have reported prescribing controlled substances for themselves. Due to drug access, a significant number of pharmacists tend to self-medicate and have the opportunity to titrate their drug use, a practice that can perpetuate the fallacy that pharmacological knowledge of drug action is an effective strategy to prevent addiction. In addition to drug access and a social environment promoting drug use people who choose nursing as a profession may report a higher rate of family history of alcoholism and drug abuse than other HP groups. Finally, perhaps more so than any other group of HPs, the greatest threat in dentistry may be alcohol consumption not controlled substance use.”

So how widespread is the problem? Statistics and reports tell us It’s fairly alarming. According to one report by USA Today, “Across the country, more than 100,000 doctors, nurses, technicians and other health professionals struggle with abuse or addiction, mostly involving narcotics such as oxycodone and fentanyl. Their knowledge and access make their problems especially hard to detect. Yet the risks they pose — to the public and to themselves — are enormous.” That particular story, it should be pointed out, was published seven years ago — meaning those numbers have likely increased.

While addiction treatment professionals will be the first to tell you that drug and alcohol problems don’t discriminate — those who suffer might sleep anywhere from Park Avenue to a park bench, according to one old recovery saw — it’s important to note that addiction treatment for healthcare professionals has to take into account the vulnerability of that particular population: “Many health professionals face increased stress, due to recurring critical decisions, a fast paced work environment, and the 24/7 nature of healthcare delivery,” said Edward Jouney, D.O., an addiction psychiatrist and clinical instructor with the University of Michigan Addiction Treatment Services. “Health professionals experience the same amount of depression and anxiety as the general population and during certain high-stress periods, such as when in-training, they are at particularly high risk for increased mental health symptoms.”

And in some cases, according to the American Society of Addiction Medicine (ASAM), these problems can impair a healthcare professional’s ability to practice and compromise patient care. When that occurs, treatment may be necessary — both as a means of providing healing to the afflicted individual, but also to help that individual find the physical, mental and emotional restoration needed so they can return to their respective roles as providers of care for others. 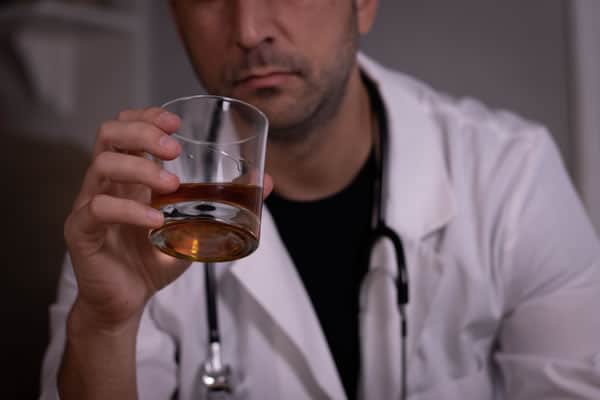 While addiction treatment for healthcare professionals should address the obvious concerns — namely that addiction and alcoholism are hazardous to one’s health — there are other factors at play when it comes to this particular risk population. According to that 2008 paper in Substance Abuse Treatment, Prevention and Policy, “Healthcare professionals are probably uniquely motivated to under-report drug use in particular, in light of the fear of the legal repercussions.”

Fortunately, according to Baldisseri, “Institutional, local, and statewide impaired-physician programs are now available for the active treatment and rehabilitation of impaired healthcare professionals. Many of these programs are also designed to assist the clinician with reentry into clinical practice.” In other words: Oversight and licensure boards recognize the need to provide impaired professionals with thorough drug and alcohol treatment to help them on a personal level, but also to ensure that their contributions to the medical profession are sustainable.

For example, a number of PHPs — Physician Health Programs — help maintain oversight when it comes to drug and alcohol problems in the medical field and providing addiction treatment for healthcare professionals, according to the Journal of Substance Abuse Treatment: “Under authority from state licensing boards, state laws, and contractual agreements, they promote early detection, assessment, evaluation, and referral to abstinence-oriented (usually) residential treatment for 60 to 90 days.”

That should provide some measure of comfort, not only to physicians who have a problem, but also to members of the public who may be concerned with whether they’re healthcare providers may be under the influence. Other members of the medical community, such as nurses and pharmacists, also have various diversionary programs designed to provide them with both drug and alcohol treatment and a way back into their chosen professions, if certain guidelines are met.

The key, however, is finding the right drug and alcohol treatment center that provides effective addiction treatment for healthcare professionals. Ideally, such a facility has a specific program that caters to professionals, as well as an on-staff liaison who can act as an intermediary between PHPs, licensure boards and other oversight bodies that determine the effectiveness of that treatment, and when the individual is sufficiently recovered enough to return to the field.

Again: Addiction and alcoholism don’t discriminate. Physicians, nurses, pharmacists and others in the healthcare profession may occupy the roles of caregivers, but they’re also human beings who face heavy workloads, compassion fatigue and other stressors that can drive them to seek comfort in substances. That doesn’t mean they’ve failed as healthcare providers; it means they need access to addiction treatment for healthcare professionals that recognizes their human problem and helps them with their professional problems.