In late March, six months before Suicide Prevention Awareness Month and as the COVID-19 pandemic tightened its chokehold on all aspects of East Tennessee life, the Knox County Regional Forensics Center found itself investigating nine suspected suicides in a 48-hour period [1].

Four days later, Knox County Mayor Glenn Jacobs reported that 12 suicides had taken place regionally within a two-week period [2], fostering fears that COVID-19 might drive more people to take their own lives out of despair and fear than the virus ever could.

“I remember getting the call and talking to a couple of different people — the mayor, commissioners from the state level, and I just thought, ‘This is terrifying,’” says Sarah Walsh, East Tennessee regional director for the Tennessee Suicide Prevention Network. “I think we all got into this mindset beforehand that the toll of the pandemic might lead that to happen, but that weekend, when I got all of those calls, I remember thinking, ‘This is really bad. I hope this doesn’t play out into other counties,’ because a lot of times, there’s a very real phenomenon known as a contagion of suicide.” 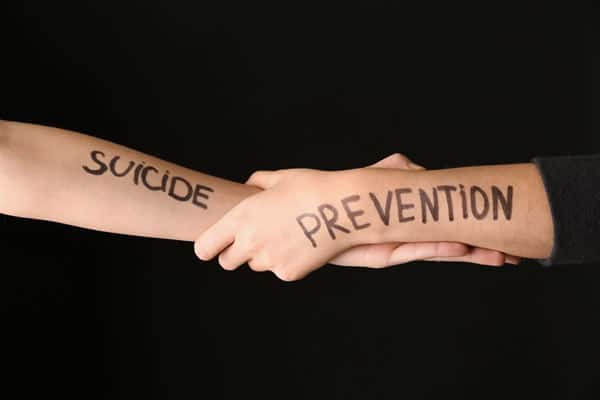 In the weeks and months since, however — “that one horrible week” aside — the number of suicides has held steady at levels that match previous years, Walsh reports. The spike that might have been predicted from that one-week rash didn’t materialize as feared, but that doesn’t mean Walsh or any of the dozens of activists pushing back against suicide have relaxed. In fact, as Suicide Prevention Awareness Month dawns on Sept. 1, they’re ramping up efforts to call attention to one of the leading causes of death among Tennesseans.

According to the TSPN’s 2019 Status of Suicide report [3], “Each day in Tennessee, an average of three people die by suicide.” Broken down by age demographics, “suicide is the second-leading cause of death for young people (ages 10-19) in Tennessee, with one person in this age group lost to suicide every week.” Other sobering statistics about suicide:

For Anne Young, Program Director at Cornerstone of Recovery and a member of the TSPN executive committee (as well as a past chairperson), suicide has been on the forefront of her mind for years now, especially given its complex relationship with drug overdose deaths. While those numbers don’t technically count as suicides, they can’t be discounted, either, given that determining whether an overdose was intentional or not is nearly impossible.

“For me, what I’m seeing right now are a lot more drug deaths, just a ton of drug deaths,” Young said.

The numbers for Knox County bear that out: As of Aug. 28, there have been 213 overdose deaths in 2020 alone, according to the Sixth Judicial District Attorney General’s Office [4]. With four months left in the year, 2020 is on track to outpace 2019 in overdose deaths, and so far this year, only two months — January and April — recorded fewer overdoses for the same period in 2019.

There is, according to the TSPN, strong parallels between addiction and suicide: 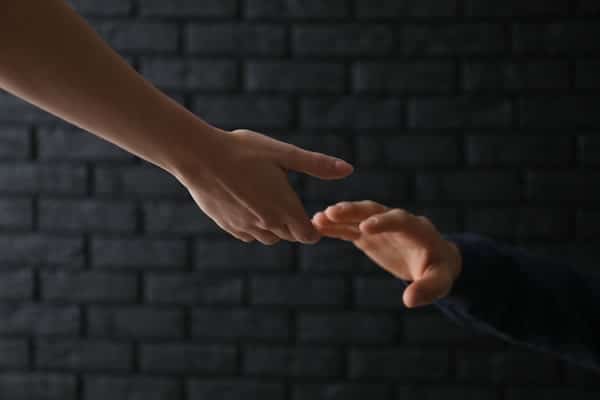 Recognizing the relationship between addiction and suicide is critical, and one of the reasons that Cornerstone of Recovery is an active participant in TSPN efforts for Suicide Prevention Awareness Month each September is to promote its “Speak Up, Save Lives” campaign. In past years, the campaign is an annual T-shirt and social media effort that urges state residents to “speak up against the silence and stigma surrounding suicide,” and participants — individuals as well as employees at participating organizations — were encouraged to wear their shirts and share photos across all social media platforms with a designated hashtag in order to spread a message of hope and foster a conversation around suicide.

This year, many of the efforts will take place online via Zoom in order to promote social distancing due to COVID-19, but while the ability to gather in person to promote “Speak Up, Save Lives” may be disheartening, there are reasons for hope, according to Walsh: The state hotline hasn’t seen a surge in calls related to suicide, and tracking of texts to the Crisis Text Line (741741), in which users can choose “suicide” as one of the issues for which they’re requesting assistance, hasn’t spiked either.

“In January, suicide was the third issue people were texting for help about, and in February, it was the second — but in March, it dropped down to the fifth issue, and in April, it was fourth,” Walsh said. “I would really expect suicidal thoughts to be high on the list, and I’m very, very thankful that it’s not. If I had to guess, I would say that might be for a number of reasons: The level of compassion people have shown to one another throughout the quarantine; the fact that more people are at home, so loved ones can see risk factors and warning signs more quickly; and there’s greater access to resources like telehealth.

“I don’t think we’ll be able to pinpoint a specific reason until we look back on this time and say, ‘This was a really great thing that happened during this pandemic,’ but we’re not seeing numbers that differ from previous years.”

While suicide numbers may not have spiked, however, the mental health toll caused by COVID-19 is still being tallied. While TSPN has continued to focus on training and making resources available statewide in order to active preventatively, there’s still the specter of that March spike that keeps Walsh and her team on their toes, and then they’ve had to balance providing services for suicide prevention while looking out for themselves. 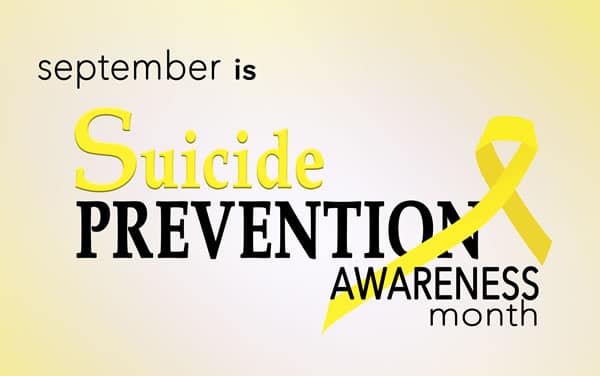 “A lot of my work is spent in the community, and I love to do that, but not being able to really has taken a toll on me,” she said. “It’s a hard time, because we’re caring for a lot of people, and in the field of suicide prevention, our goal is to save lives, but we’re having to stay at home.”

Even then, she tries to focus on the silver linings — mainly that while suicide is still an issue, it’s not become a pandemic within the larger COVID-19 pandemic.

“When I got that call from Mayor Jacobs and the assistant commissioners, I was working around the clock, and I couldn’t imagine if that were the numbers we were seeing consistently. My mental health would not be in a good place to consistently have to do that,” she said. “Thankfully, we’re not seeing that, and I can focus on preventative work. My coworkers and I are trying to get as many trainings out there as we can, and we’re always on the computer or always on Zoom.”

But that doesn’t always translates to meaningful interaction, at least not in the way that personal meetings, planning sessions and training seminars can provide. As TSPN representatives prepare for Suicide Prevention Awareness Month, it’s better than nothing, but just as mental health caregivers struggle with compassion fatigue, there seems to be a growing phenomenon of “Zoom fatigue” as well, Walsh added.

“We all get a little tired of these Zoom calls, but I think that’s everybody — it just gets exhausting to go from one to the next and always trying to have a smile on your face,” she said. “But we keep in mind that these lives are important, and that if we can save a life, suicide prevention is worth it. We just have to make the most of our own lives after hours and take care of ourselves, so that we can prepare for moments we hope don’t but know could come, when we get those calls that lead us to help individuals, schools, businesses and communities.”