For those making a decision to get help for a drug and alcohol problem for the first time, there’s undoubtedly a little trepidation going through their minds as they wonder, “What kind of people will be in rehab?”

The National Institute on Drug Abuse (NIDA) puts it plainly: “Even though medicine long ago reached a consensus that addiction is a complex brain disorder with behavioral components, the public and even many in healthcare and the justice system continue to view it as a result of moral weakness and flawed character.” In other words, conventional stereotypes can fuel negativity, meaning that even though individuals with a drug or alcohol problem know they need help, they wonder if they’ll fit in with “those” people.

So who are “those” people? What kind of people will be in rehab? Will you, if you’ve committed to go to treatment to deal with addiction or alcoholism, fit in? Let’s take a look.

Stigma: Where Does It Come From? 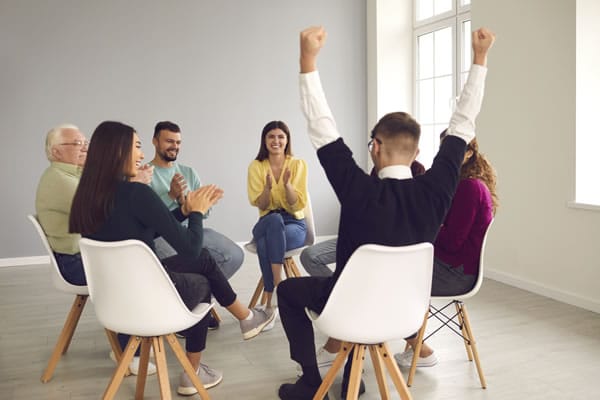 If you ask a random group of people if they know someone with an alcohol or drug problem, chances are the majority of them will answer affirmatively. Asking how they feel about that individual, however, can tell you a great deal about how they view addiction and alcoholism. As a writer for the health care system Northwest Medicine points out, “According to the National Survey on Drug Use and Health, 20.5 million American adults aged 12 and older are battling a substance abuse disorder. About 15.1 million reported alcohol addiction while 2.1 million had a substance abuse disorder involving prescription pain relievers. Yet despite these staggering numbers, the stigma of addiction persists. In a recent study, fewer than 1 out of 5 Americans are willing to closely associate with someone suffering with drug addiction.”

But why is that? Why does society view addiction and alcoholism differently than other illnesses? The book “Ending Discrimination Against People with Mental and Substance Use Disorders: The Evidence for Stigma Change” lists several factors that influence stigma, including:

So what does all of this stigma do? It clouds perception, and it affects us all through the information we consume, whether we realize it or not. So when we wonder what kind of people will be in rehab, we don’t think of a physicians or pilots or attorneys — we think of unpredictable, weak-willed, low-bottom addicts and alcoholics who can’t function in society.

What Kind of People Will Be in Rehab, Then? 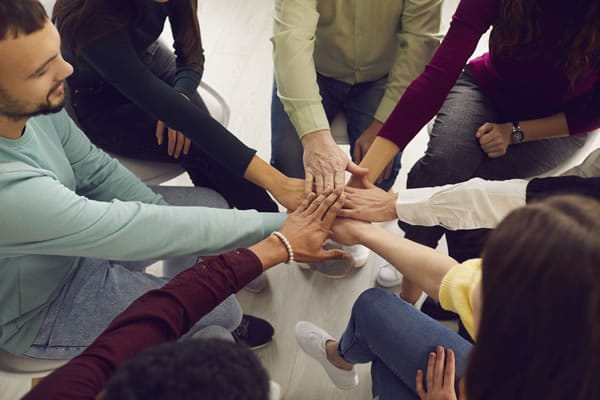 Speaking of doctors: In 2019, Zara Greenbaum profiled doctoral student Robert Ashford, a graduate research assistant at the Substance Use Disorders Institute at the University of the Sciences in Philadelphia, a man who had already obtained his master’s in social work. However: “As a person in recovery from a substance use disorder since 2013, Ashford has faced housing discrimination and barriers to accessing and financing his education. ‘All of my research and advocacy work draws on my lived experience with a substance use disorder and the discrimination and bias I've faced over the last six years,’” he told Greenbaum, who continues: “These and other discriminatory practices are rooted in stereotypes of people with opioid use disorder. This population is often seen as criminals, poor employees and lacking a moral compass. Not only do such biased attitudes fuel unfair treatment toward people who use substances, they can also undermine health-seeking behaviors.”

In other words: The stigma itself can prevent individuals who need effective drug and alcohol treatment … from those who fit the stereotypes of conventional stigma to those who blow it out of the water … from actually seeking it out. After all, if there’s a badge of shame associated with addiction, then getting help for it means acknowledging it out in the open, right? But as Dr. Nora Volkow, director of the NIDA, points out, “People with addiction internalize this stigma, feeling shame and refusing to seek treatment as a result.” In other words, buying into the stigma keeps you sick.

So what kind of people will be in rehab? It depends on what particular drug and alcohol treatment facility you’re considering, but by and large, the population that makes up a treatment community comes from all walks of life. You can get a better feel for a prospective facility’s population makeup by perusing its website, of course: Facilities with specific treatment programs for professionals clearly market to those specific vocational groups, but that doesn’t mean that the only people they treat are doctors or nurses or flight attendants. It simply means that the particular facility you’re considering has a broad base of clientele, meaning that the population may be more diverse in terms of vocational status.

What Kind of People Will Be in Rehab? People Like You! 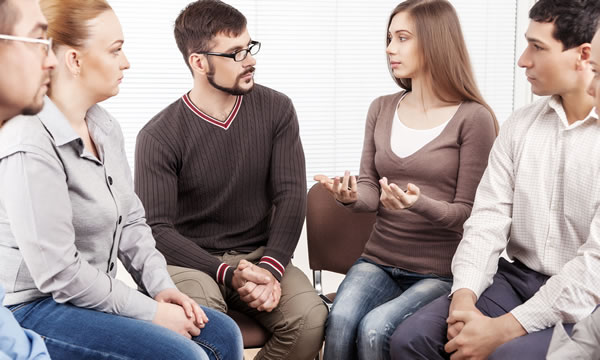 And not every treatment facility can give you an answer that you’re going to find reassuring, because if you’re an addict or an alcoholic with a lot of internalized shame regarding your own problem, and you’re told by a sunny-sounding admissions specialist that people in treatment are “just like you,” you may not find that very reassuring! However, despite whatever superficial differences may exist on the surface — differences in race or sexuality or gender or socio-economic status — one thing is for certain: Addiction is the great equalizer.

In other words, as one colloquialism puts it, drugs and alcohol don’t care if you come from Park Avenue or a park bench: They’ll destroy lives equally. What matters are the ways rehab can help you stop using, lose the desire to use and find a new way to live, and there’s no better tool than a program of recovering addicts and alcoholics, working together to get there. That’s what’s known as a therapeutic community, and as the NIDA points out, it’s a critical tool for recovery: These communities “focus on the ‘resocialization’ of the individual and use the program’s entire community — including other residents, staff, and the social context — as active components of treatment. Addiction is viewed in the context of an individual’s social and psychological deficits, and treatment focuses on developing personal accountability and responsibility as well as socially productive lives. Treatment is highly structured and can be confrontational at times, with activities designed to help residents examine damaging beliefs, self-concepts, and destructive patterns of behavior and adopt new, more harmonious and constructive ways to interact with others.”

So if you’re asking “what kind of people will be in rehab?,” do yourself a favor: Let go of the preconceived notions you have, many of them undoubtedly influenced by stigma. Ask yourself why you’re really considering going to treatment … and then acknowledge that others, regardless of their backgrounds, are likely going for the same reasons.

In that sense, asking what kind of people will be in rehab doesn’t matter nearly so much as asking, “How are we all going to get better?”

Together, that’s how — because as the saying in one particular 12 Step program teaches, “we do together what we cannot do alone.”