We Are Here To Help!

Cornerstone Is An In-Network Provider With Most Insurance Companies

At the end of the road, if you’ve found you can no longer live with a drug problem, the choice is clear: Either go on until addiction has robbed you of everything, including your life, or find a new way to live. At Cornerstone of Recovery, that’s what we offer — addiction treatment that addresses the reasons why you continue to use in spite of the consequences, and provides a path moving forward in which you can enjoy long-term recovery free of the misery that’s been a constant companion for so long. If you want what we have to offer, don’t let the fear of financial strain stop you from making that first phone call. At Cornerstone, we accept most major health insurance plans, including Humana, so that some or all of your stay — from medical detox to residential inpatient to intensive outpatient — is covered by your Humana plan. At Cornerstone, our commodity is hope, and we understand all too well that you won’t be able to fully commit to the recovery process with the threat of financial hardship hanging over your head. Part of our job is to navigate your particular set of Humana benefits so that you can get the most out of treatment without the worry of how to pay for it.

Why Does Humana Pay for Addiction Treatment?

The American Medical Association recognized alcoholism as a disease in 1956; addiction was labeled as such in 1987, and ever since then, the federal government has made incremental steps to insure that coverage for substance abuse treatment is on a par with health insurance benefits for medical procedures. In 2008, the Mental Health Parity and Addiction Equity Act (MHPAEA) mandated that health insurance companies and group health plans provide the same level of benefits for mental health services that they do for medical and surgical care, and in 2010, the Affordable Care Act — known as “Obamacare” — placed substance abuse treatment within the behavioral health realm of insurance coverage. As a result, addiction was recognized as a legitimate medical condition, meaning that coverage can’t be denied and that plans on the Health Insurance Marketplace cover most behavioral health treatments and services. What that means is that companies like Humana — which provides medical insurance coverage for roughly 12 million Americans — are required by federal law to cover at least part of your residential addiction treatment.

While many treatment centers around the country accept some form of health insurance, the quality of substance abuse treatment varies wildly from facility to facility. To get the most out of your Humana behavioral health benefits, it behooves you to research the facilities that accept Humana and choose the one that’s right for you so that you get the highest quality treatment from the benefits for which you pay. Cornerstone of Recovery has been an active leader in the addiction treatment field since 1989, and over the course of almost three decades, we’ve helped thousands of addicts and alcoholics from across the country to achieve long-lasting recovery. We work closely with several industries, treatment patients from five major railroads, four major airlines and a number of professional organizations, but we also provide treatment to men and women of all ages from a variety of vocations — or no vocation at all. Our beautiful new campus is located on the banks of the Little River in Knoxville, Tenn., but we’re not a flashy resort or a spa. The work we do combines traditional 12 Step recovery with clinically proven scientific therapies to address the core issues that drive our patients’ addictions, and our whole-person approach to treatment is the foundation for a life free of chemical bondage.

Does My Particular Humana Policy Cover Treatment at Cornerstone?

At Cornerstone of Recovery, we accept Humana clients from across the country who choose to use their behavioral health benefits to seek substance abuse treatment with us. It’s imperative that you examine the provisions of your particular Humana plan to determine the extent of the coverage it provides, but our team of Admissions counselors and Utilization Review specialists are on call 24 hours a day to help you navigate that fine print and obtain the most coverage possible.

At Cornerstone, it’s vital to us that your mind, already suffering under the weight of addiction, focus solely on the recovery process. To that end, we want to eliminate any concern you might have about the financial constraints your Humana plan will or will not provide. Those concerns shouldn’t be an impediment to treatment, and we urge you to call us today at 865-685-4086. We’ll help you verify your Humana benefits and move immediately to put them into action serving you — and more importantly, serving your recovery from addiction. 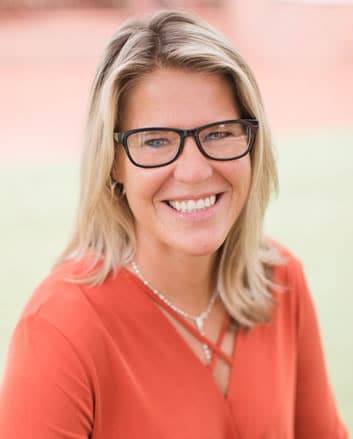 Her job takes her from her home in Asheville, which she shares with her partner, Vanessa; to Charlotte and beyond. She works closely with North Carolina businesses and companies to introduce Cornerstone’s proven track record of successful addiction treatment into new markets and industries. Her position involves a great deal of networking and establishment of new business contacts, but the most rewarding part of it, she says, is the time she spends with patients.

As Cornerstone’s primary point of contact in North Carolina, she’s often the face of Cornerstone to those who come to our 23-acre campus near Knoxville, Tenn., for residential addiction treatment. She’s a testament to the almost 30-year track record Cornerstone has of successfully delivering addicts and alcoholics from the depths of despair into the light of recovery, a path she knows all too well. By the time she found it herself in 2012, she was at the end of the road.

“My sister told me that she was done with me — that I wouldn’t be able to see her children, that she wouldn’t come see me in prison, that she wouldn’t even come to my funeral because I had hurt her so badly,” Gupton says. “I had just gotten my fourth DUI charge; I had been arrested 14 times total; and at one point, I was living under a bridge, homeless, for about seven months. My life consisted of waking up, having to take a shot of vodka to get rid of the shakes, throwing that shot up, then taking two more just to be able to drive to the liquor store to get more, crying the whole way. I was tired, and I knew I was going to die.”

In December 2012, she received medical detox at a facility in Knoxville, then traveled to Lewisburg, Tenn., where she went through treatment. While many of her peers were unhappy with their situations, Gupton was joyful.

She stayed in Lewisburg for 14 months, residing in a support living facility and working a fast food job. Although she was getting by on $20 a week, she was still grateful, and she built a recovery network through meetings, service work and the Steps. Back in East Tennessee, she approached Cornerstone with a desire to get involved in drug and alcohol treatment as a career; when she was informed she needed two years of clean time to work with patients, she applied for any position just to get a foot in the door, and went to work in housekeeping.

In 2014, she began work as a counselor in the Young Adult and Recovery Renewal programs at Cornerstone. She’s continued to work in the treatment field ever since, as a crisis coordinator for another program before moving to Western North Carolina, and in 2017, she returned to Cornerstone under the Marketing Department banner. As Cornerstone’s liaison with the Tarheel State, she wakes up every day grateful to deliver the message of hope and the promise of freedom that she herself once received.

“If I can get recovery, then I have no doubt anyone can,” she says. “And watching them get it is the best part. Seeing them at their bottom, when they don’t feel like it will ever get better, and then talking them through that … talking their families through that … and watching the light come on once they get to Cornerstone and get excited to live again, that’s the best part of my job.”

If you have questions about Cornerstone of Recovery or would like to schedule an admission: Call Jess Gupton directly

Why Leave North Carolina For Treatment?

At Cornerstone of Recovery, we’ll help you remove that suit and find the true self you’ve kept hidden under a miasma of drugs for so long. And by leaving North Carolina for a temporary respite in the foothills of the Great Smoky Mountains of East Tennessee, you’ll do so in a new environment, free of distractions from the place you spent so much time getting high and away from the people who are so closely associated with your addiction.

The Newcomer’s Program is designed for first-time treatment seekers who are reaching out for help for the first time.

Recovery Renewal, a more intense therapeutic path for those who are treatment-savvy but haven’t been able to find permanent sobriety after they leave;

Young Adults, for young people ages 18 to 26, that helps those individuals develop the life skills and maturation that have been stunted by drugs and alcohol

The Women’s Program, a gender-exclusive treatment path that gives female patients a safe space to process problems and traumas unique to women in addiction.

Our Admissions Staff Is Waiting For Your Call.