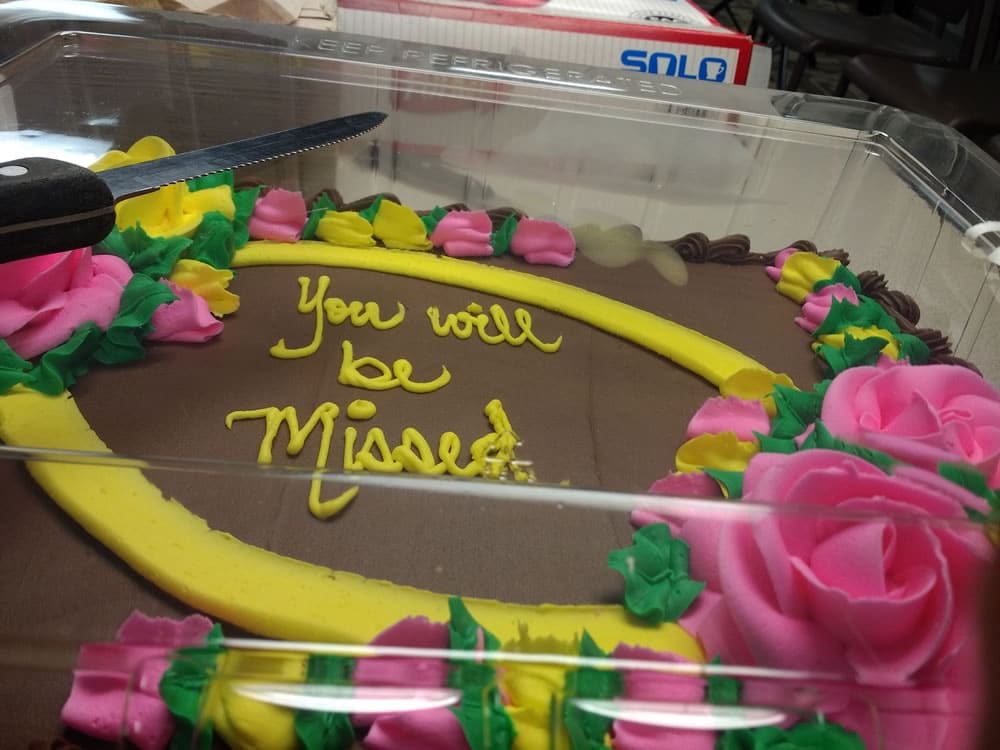 Bill Hood and Polly Bales are gone now, but their presence still linger on the campus of Cornerstone of Recovery.

Their portraits watch over the boardroom down at Stepping Stone to Recovery, Cornerstone’s sister site that now occupies the building that was home to the campus from 2003 to 2017. Their memories are passed down by the staff and board members, fewer now, who worked with them in the early days of the institution’s founding, back when uncertain economic times put its future in doubt.

And their passion for recovery, their desire that any addict or alcoholic have a chance at a new way of life, is paid forward by people like Mike and Sonja.

In the spirit of anonymity, they’ve requested that we not reveal their last names, but they were honored on Wednesday night at Cornerstone of Recovery for their contributions as facilitators of one of Cornerstone’s Aftercare groups. They’re not professional couples counselors, but they’ve navigated the treacherous waters of addiction and alcoholism. They’ve both found sobriety. And they’ve worked with couples at Cornerstone since 1990, drafted by Polly, encouraged by Bill and loved by a legion of men and women who find that recovery often doesn’t start until the safety net of treatment is removed.

“They’re an example of what Bill meant for Cornerstone to be,” says Dan Caldwell, retired chief executive officer and chairman of the board of directors. "They’ve carried his mantle in aftercare. Bill got his reputation working with people after treatment, and he always said that Aftercare is where recovery truly begins. Mike and Sonja are living proof of that, and they’ve helped others get through those first few weeks and months.”

The two met in 1979; both were working in the medical field at the time, and while love blossomed, so did Mike’s addiction. Over the next several years, he found himself in a vocational and personal tailspin, and they moved to East Tennessee, where he first sought treatment at Peninsula Hospital right outside of Knoxville. At the time, many of Cornerstone’s founding staff members worked there, including Bill Hood; treatment didn’t take the first time, and on his second trip through, Mike discovered that the staff members with whom he most connected were no longer there.

“Martha Hornsby, Polly Bales … they had all left with Bill to start Cornerstone,” Mike said.

After another trip through Peninsula, he moved into one of the first Cornerstone Support Living Facilities, and Polly — “Ms. Polly,” as she still fondly remembered — took him under her wing. She got to know his wife, and in organizing the first Aftercare groups, she drafted Mike and Sonja into facilitating a couples group. That was in 1990.

“She said, ‘You need to do that,’ and you didn’t much buck Polly,” Mike added with a laugh. “If she said do it, you did it. She was serious about her sobriety. It was life or death to her, and she didn’t coddle anyone.”

Over the past 28 years, the number of lives they’ve touched has been immeasurable. The ripple effects from their guidance, Caldwell told an assembled group of staff and patients on Wednesday night, spreads far beyond the walls of Cornerstone. They helped addicts and alcoholics stay clean and sober, but they also helped them to mend their relationships, and leading the group allowed them to do some mending of their own.

“I learned that the problems I had with Sonja were my problems, not hers,” Mike said. “The things I wanted to change about her would have made her into someone I didn’t like. So as I got better, she got a whole lot better.”

“Michael is actually a man of few words on most days, so I would come to Aftercare at first just to see what was going on with him!” Sonja added. “But then you get to know the other people there, and you get to know their stories.”

More than that, they got invested in those stories. Recovery teaches that those in it can only keep it by giving it away, and so every Wednesday night for 28 years, barring an absence here or there for vacation or unexpected contingencies, they arranged a circle of chairs in almost every facility that Cornerstone has occupied, from the 18-bed single building in a strip mall where the treatment center was founded in 1989 to the new four-building campus that opened in 2017. The faces have changed and changed again, but Mike and Sonja have always been there.

“Sometimes it’s a soap opera!” Mike said. “There were several couples along the way, and you would wonder if either or both would be alive the next week, because it seemed like they might kill each other. But what we found is that they needed to see what their future could be when they first got here.

“Then, as they moved along, they could see their pasts in the newer couples and how sick they were in the beginning, and how much better they are now.”

Giving it away to keep it

And that applies to them both. It’s considered service work, but Mike makes no bones about it: For them, it’s also selfish work.

And now it’s time to move on, they agree. For years, they considered it at one time or another, but in the end, neither wanted to tell Polly that they were considering stepping down. Even though she died in 2007, their sense of duty kept them coming back, but now it’s time to turn over the reins, Sonja said.

“We were in our late 30s when we started doing this, so it’s time,” she said. “I think it needs new faces and fresh leaders who might have some more relevance to younger couples than we do.”

And while they’ll take a much-deserved vacation now that their Wednesday nights are free, they’ll still stop by for a visit every now and then. For all of its growth and the size of its campus, Cornerstone remains, at heart, a family, and Mike and Sonja are treasured members of it.

“At the end of the day, if we’ve helped one person in all this time, it’s a blessing,” Sonja said. “Really what we do it for are the people. There were people who were around in the beginning who helped us, and we’ve gotten to pass it on. And over the years, we’ve gotten more than we’ve ever given. The blessings have been awesome.” 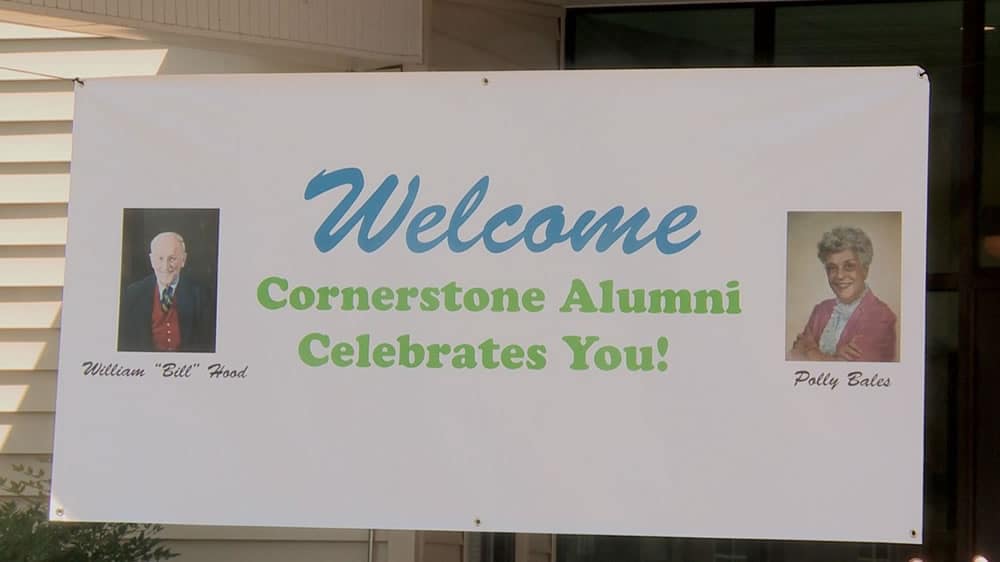