Throughout its nearly 30 year history, Cornerstone of Recovery has provided a place where members of the therapeutic staff can introduce cutting-edge treatment techniques into an ever-evolving process designed to deliver patients from the bondage of addiction. 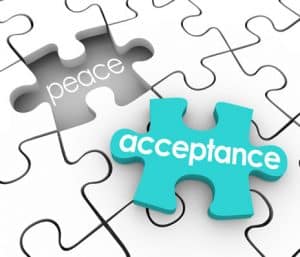 The 12 Step model that is our foundation continues to be a crucial part of the treatment process, but we didn’t become the largest residential treatment provider in the state of Tennessee at the expense of other clinical modalities. One of those, in fact, was developed right here in East Tennessee by Melanie McGhee, a Licensed Clinical Social Worker who has trained a handful of staff members in the utilization of Acceptance And Integration Training ™, or AAIT.

AAIT, according to McGhee’s website – listed below – is an approach to alleviating psychological pain while contributing to spiritual wellbeing. It is a non-narrative, a-historic model designed to efficiently resolve clients’ presenting problems while supporting them in the cultivation of inner steadiness.” According to Bobby McNamara, a LCSW and one of the pioneers of AAIT at Cornerstone, “it helps relieve emotional suffering without having to go into the narrative of the problem.”

Like many clinical tools used in the treatment process at Cornerstone, AAIT engages binary thinking. In order words, according to Cornerstone therapist and LCSW Sara Ridner, “suffering is a duality of avoiding pain and grasping for pleasure, and the conflict of those two things is at the crux of addiction.” Through AAIT, patients are able to process the conflicting emotions without suppressing them or denying them and find acceptance through simple tools that help them manage those emotions. As a result, they’re able to “be present” – to untangle the confliction between the emotions and alleviate the push-pull internal conflict that arises from their opposition.

“Many treatment processes involves looking at the story and analyzing the past, and we still use those processes, but this is a targeted way for us to help patients find relief outside of that,” says, who uses AAIT to treat trauma in Cornerstone’s residential treatment population.

“We use multiple processes that can alleviate these opposing states from creating internal conflict,” Ridner says. “AAIT helps patients recognize these dual states, these 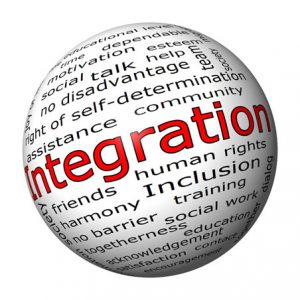 polarities, that help them break through this ‘stuck’ emotional pain.”

In other words, according to therapist Logan Mahan – who uses AAIT in Cornerstone’s Intensive Outpatient Program – patients  feel torn between two conflicts: wanting to stay sober, but dealing with an overwhelming craving to drink or use. When such internal conflict arises, patients are often trapped between the urge to use and the anxiety over desperately wanting to stay sober; such a charged emotional state becomes a miasma of internal turmoil that can leave the patient feeling paralyzed between action and indecision. AAIT allows them to process the conflict, and in doing so, the suffering created by the crash of two extremes is alleviated, sometimes almost immediately.

It’s a holistic process that can also work in tandem with other Cornerstone therapeutic tools, like Schema Therapy – in any situation where patients are caught between conflicting emotional states, AAIT allows for the integration of those two opposing states, and in so doing alleviates the intense emotions surrounding both. That inner freedom opens the door to new possibilities for patients, who find that liberation from emotional reaction offers insight and clarity to a potential solution.there.

The Path To Recovery Starts At Cornerstone

Medical Detoxification can be a critical time in a patient’s journey toward recovery because the symptoms of withdrawal can be difficult to manage and potentially life-threatening. A team of certified, competent and caring professionals work together to ensure that we provide the best medical care for our patients. The Medical Director prescribes detox medications to keep the patient safe and reasonably comfortable.

While receiving detoxification medications, patients also attend Acudetox groups utilizing a specific acupuncture protocol, psychoeducational groups, and experiential activities. However, detox patients are also given sufficient opportunity to relax and allow their bodies to begin the healing process. Patients on a detox protocol are monitored 24 hours a day and the typical length of detoxification is 3 to 5 days and may be longer depending on the severity of the patient’s withdrawal symptoms.

This unit is designed to support our patients as they enter treatment and begin to invest in their community of peers. An extensive battery of assessments is performed to identify the patient’s bio-psycho-social-spiritual strengths, needs, and barriers to recovery (such as chronic pain, dual diagnosis, trauma, or other co-occurring disorders). This comprehensive assessment process provides our medical and clinical teams with much of the information they need to build a treatment plan that is individualized for each patient.

Our NON-NARCOTIC PAIN MANAGEMENT PROGRAM offers solutions that eliminate and or reduce the dependence on medications to treat pain and improve treatment outcomes. We are able to reduce pain and improve the recovery process. We offer sound information and teach skills that the patient can use to improve coping, relaxation, mindfulness, nutrition, and much more. Some of the modalities we use are Reiki, Rubenfeld Synergy, Acupressure, Mindful Stretching, and Addiction Free Pain Management Education.

Family Therapy is an integral part of all of the clinical programs at Cornerstone. Early on in the treatment process, we conduct a Family Questionnaire which allows family members and close personal friends to have input that impacts the patients treatment plan. When appropriate, there are Family Therapy sessions throughout the treatment process. These sessions are designed to work through relationship issues, enhance communication, educate the family about the disease of addiction and provide them with emotional support while their loved one is in treatment. Through this support, the family will gain knowledge about the treatment process and how they may be unknowingly supporting the addiction through co-dependent and enabling behaviors.

Family members will learn about how to engage in personal growth and change through various 12 step programs, so that the family can heal together trough the recovery process. Cornerstone requires that each patient complete Family Fundamentals, an intensive three-day family program designed to provide intensive education, group therapy, family therapy, 12 step meeting experience, and an opportunity to repair the damage caused by active addiction. Family members are strongly encouraged to attend the Family Fundamentals program along with the patient. Cornerstone also has a weekly family education group for family members and an ongoing support group for parents of young adults who are struggling with addiction or who have recently entered recovery

The Continuous Care Program upholds Cornerstone of Recovery’s treatment philosophy that chemical dependency is a chronic incurable disease that requires the consistent and continued attention of each patient for a lifetime. Recent scientific studies of the disease process have determined that full remission from active addiction does not occur until an individual has experienced at least 18 months of continuous sobriety, long after most intensive treatment programs have concluded.

In response to this knowledge, the Continuous Care Program provides services for a period of at least 18 months following treatment, to ensure that each patient has the opportunity for professional support throughout the early stages of their recovery. During this time, patients are encouraged to practice the skills and tools they learned and developed in treatment as they find their way back
into their home, work, and social environments. They are able to talk with Recovery Coaches and therapeutically
process the ups and downs they experience in sobriety. Active participation in the Continuous Care Program is vital in establishing a lifelong, solid recovery plan.

The Support Living Facility (SLF) provides a safe environment for patients to continue to learn and practice self-management and interpersonal relationship skills while solidifying their recovery program. It can take several months for individuals to become comfortable enough in their recovery to successfully move away from the environment where they got sober. The SLF Program allows men and women to experience some of the freedoms they will experience after treatment while they are supported by thier peers, staff, and a sober environment. Staff monitors the community through regular contact, group therapy, spirituality groups, relapse prevention groups, drug screens, and random checks of the living quarters. Eventually, the patient is allowed to retrieve their cell phone, to leave the premises, operate a vehicle and obtain employment. The minimum length of stay is 2 months (while the individual concurrently is in the IOP Program). Patients often choose to stay in SLF longer while they continue to build their recovery network and become more comfortable with the life changes they’ve made.Typical length of stay varies from 2 to 6 months, depending on the patient’s clinical needs.

You Don't Have To Live In Active Addiction Any Longer

Our Admissions Staff Is Waiting For Your Call