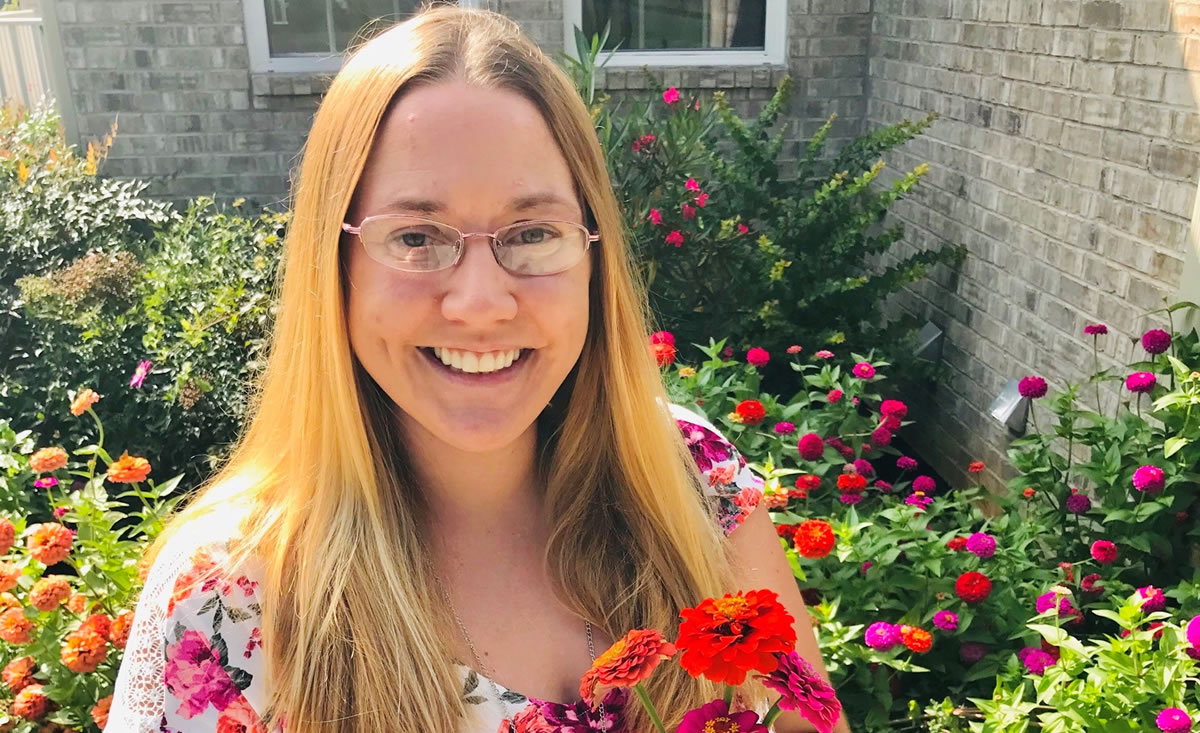 Ashley M. (last name withheld out of respect for a recovery tradition) knows a thing or two about maintaining sobriety during the coronavirus. In fact, she’s gotten so good at it, she recently attended four noon recovery meetings in a single day.

While that old sobriety saw “don’t leave before the miracle happens” doesn’t exactly mean those in recovery from addiction and alcoholism will be granted the ability to bend the rules of spacetime, it does mean that a whole new world has opened up for the alumna of the drug and alcohol treatment center Cornerstone of Recovery since she got sober more than 90 days ago. Granted, it’s a digital one, but given the surging numbers of COVID-19 infections, hospitalizations and deaths around the country, it’s also the perfect way to stay connected to her fellow recovering alcoholics and experience a little bit of culture in other parts of the country.

“Early on during COVID, people would kind of hop into our (Zoom meeting) and mention that they were going to meetings in different states,” Ashley says. “I was going to one meeting a day that was my main one, but I was like, ‘I need more,’ and I thought that would be a fun way to get more meetings. So I bought a scratch-off map on Amazon and started going to different meetings in different steps and coloring in each state as I did.

“Every group has been so welcoming, and a lot of it is the same — the same readings, the same problems, the same solutions. But I felt like I was walking into a different group each time. Even though I live (near) Knoxville, I was in a meeting in Anchorage, and it just feels like there’s no difference. Some meetings are bigger, and a group with 100 people in it is a different meeting than a group with five, but either way, I still get a meeting, and I get something from it.” 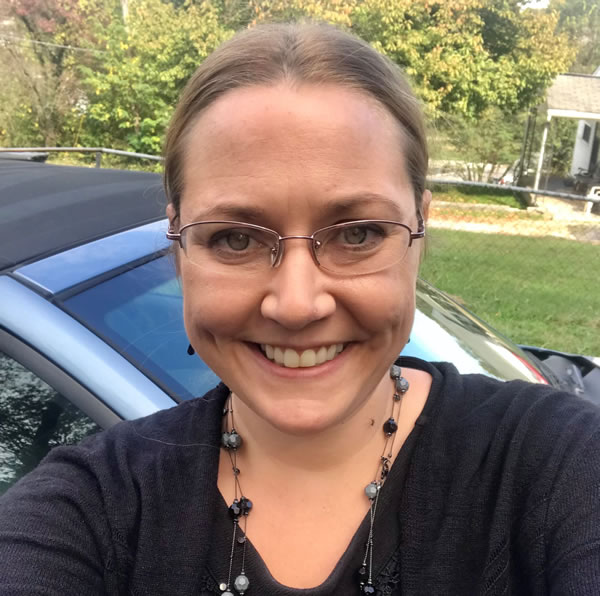 Recovery meetings are a crucial sobriety tool for recovering addicts and alcoholics who need help maintaining sobriety during the coronavirus, but during a time of spiking infections, many in-person meetings are shuttered or have moved online. While virtual meetings may seem to lack the warmth and personality of physical attendance, individuals like Ashley, who want to stay sober, find that they’re a crucial lifeline.

“It’s definitely kept me grounded,” she says. “One day, I did four noon meetings in one day, all in different time zones. When I was drinking, I was so lonely and isolated, but when I was at Cornerstone, I learned I didn’t have to do that anymore. I still talk to a handful of the girls I was in Cornerstone with, and keeping those connections has helped, but getting to meetings when I can’t be there in person has been wonderful.”

In 2012, Ashley went through a divorce, which triggered both depression and insomnia. Not long after that, she lost her job and was forced to move back home with her parents. Four years ago, after her parents retired, they moved from Chicago to East Tennessee, but by that point, Ashley was locked in a self-imposed prison of alcoholic isolation, which made it almost impossible to do anything more than sequester herself alone, in the basement, and continue to drink.

“I used alcohol a lot to self-medicate the pain and the fatigue and my depression,” she says. “I always wanted to quit, and I tried to do it on my own, or I said, ‘I’ll quit tomorrow’ — but then the last four years became me saying, ‘I’ll quit tomorrow.’”

A new relationship gave her a willingness to get better, however, and last spring, she started attending 12 Step meetings. Like many newcomers, though, she wasn’t ready to fully commit to the change needed to stay sober, and her early sobriety was marked by periods of relapse. She made it more than two months when her relationship ended, but the emotional pain triggered a bender that landed her in a local intensive care unit, she says.

“That’s when I drank solidly for two weeks and ended up in the ICU with delirium tremens,” she says. “My parents found Cornerstone, and I went there on Sept. 1.”

Maintaining sobriety during the coronavirus: A novel concept 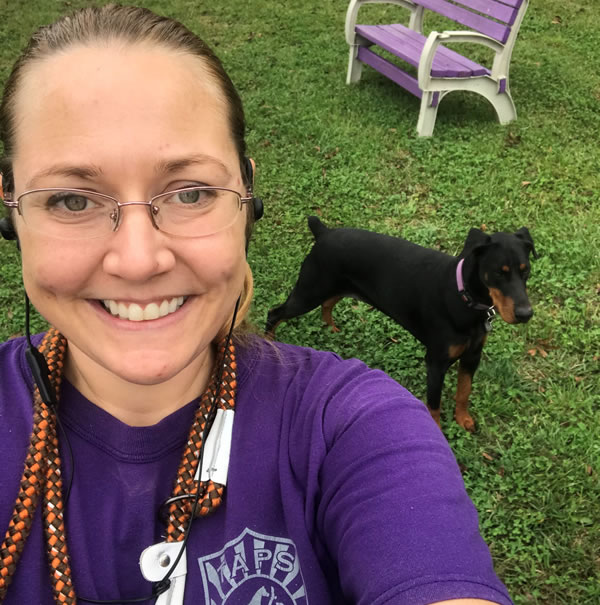 Ashley attends a virtual recovery meeting on her mobile device.

By that point, she had eight days sober, and thanks to the unique safety net of Cornerstone’s Women’s Program, she began to see that her self-imposed isolation was a prison of her own making. The sisterhood of sobriety forged by patients in that program, she says, lifted her spirits, gave her confidence and helped her to see that putting together a network of other recovering alcoholics is crucial to long-term sobriety.

“It was all of that, plus the counselors just being so open with us,” she says. “You could really tell they wanted to help you and wanted to listen.”

She also began working on herself — looking at the reasons why she continued to drink in spite of the toll it took on her life. What she came to understand, she says, is that alcoholism is a disease, and that a lifetime of internalizing negative emotions, while outwardly wearing a mask of perfection, helped make for the perfect storm that alcohol needed to upend everything.

“When I was going through the depression and drinking, I never dealt with my feelings. I bottled them up inside and tried to do this all alone,” she says. “At Cornerstone, I learned about (Cognitive Behavioral Therapy), about having feelings and choosing your behavior. Through Schema Therapy and processing those assignments, I started understanding where my thinking stemmed from, and I was able to talk about the things in childhood that led me to become this perfectionist and a people pleaser.

“Always before, I got straight A’s; I got a master’s in accounting; I worked as a certified public accountant, I got married. But then in 2012, when I got divorced and with everything else that followed, I felt like a failure, and everything kind of came crashing down. Learning where all this stemmed from — trying to be a people pleaser, being that perfectionist — helped start me on the process of healing.”

One of her biggest realizations, she says, was understanding her triggers: isolation, depression, pain from her fibromyalgia and boredom. To overcome them after treatment, she came to understand, meant maintaining sobriety during the coronavirus, and to do that, she knew she would have to get involved in a 12 Step group more than she ever had before.

The ongoing effort at maintaining sobriety during the coronavirus 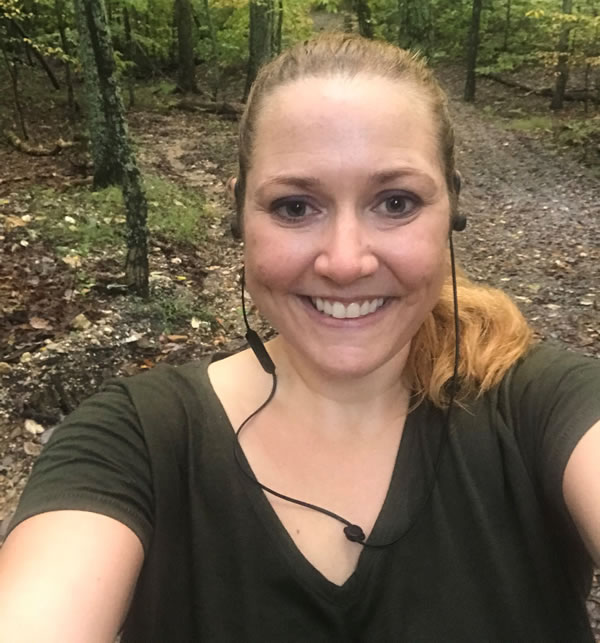 And so began a “50 States” project that started with a map ordered off of Amazon and the power of Google at her fingertips.

“I just Google (recovery) Zoom meetings for a specific state, and then you’re taken to different (organizational) groups in the state, which all have websites,” she says. “I just pick one, and then I look at cities. For example, if I’m looking at Wisconsin, I’ll see if I want to go to a meeting in Milwaukee or further north in the state.

“For all of those states, I’ve been able to find a list of Zoom meetings interspersed with their in-person ones. Some of them I try to get into are defunct, but I don’t let that stop me. I’ll try to find another one in that area. A lot of times, I make a list of meetings earlier in the day and write down the times for later, so I have a backup.”

She started out in some of the bigger states in the country, she says with a laugh, in order to color them in first. She’s up to 29 states so far, most of them out West, in the Midwest and along the East Coast, and each one of them has something cute or quirky to offer on top of the recovery her mind and spirit need.

“In a Boston meeting, the topic was anger, and someone mentioned how Boston people drive — apparently that’s a normal thing, for everybody to be angry on the road!” she says. “Listening to these guys talking in their Boston accents about anger is something I remember, and then when you get to states in the northern Midwest, like Montana and North Dakota, a lot of people have what we think of as a Canadian accent.”

The differences are worth noting for their charm — the fact that a Zoom meeting in Helena, Montana, took place when it was 72 degrees outside of her East Tennessee window but 12 degrees up there; or the fact that Las Vegas meeting organizers played off of the city’s reputation as a gambling haven by asking participants to pick a number in order to be assigned a topic; or that members in a Rhode Island group cheerfully welcomed her to “the smallest state.” A few, she adds, have been so beneficial that she’s gone back and plans to work them into the rotation of her regular meetings.

With only 21 states left to go, she’s already thinking about what she’ll do next: A digital tour of Canadian provinces, perhaps, or major cities in Europe. Regardless, thanks to Zoom and the internet’s ability to make maintaining sobriety during the coronavirus as easy as launching an app, she knows this: There are no limitations, as long as she has the willingness.

“I need to know I’m not alone in this,” she says. “In any group, anywhere I go, that’s been amazing to learn.” 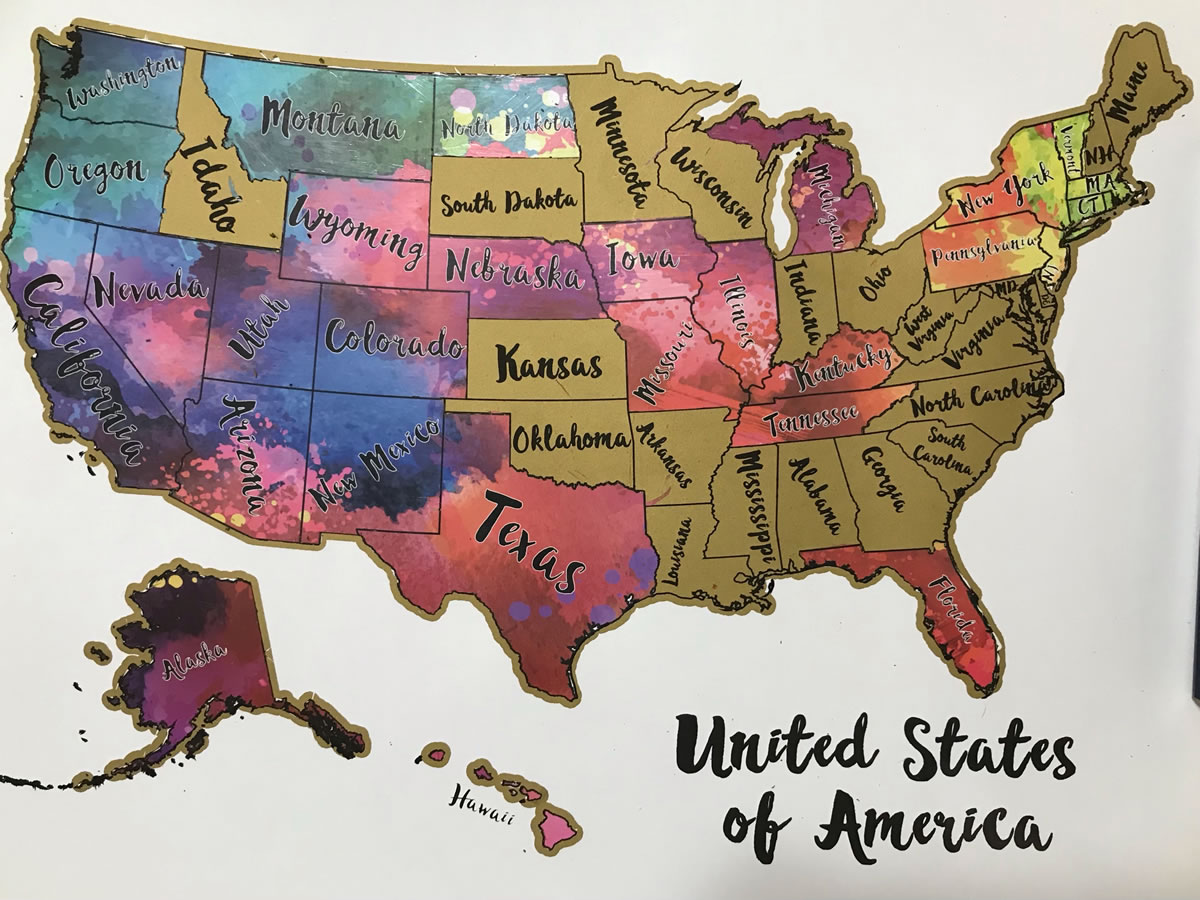